Is the end in sight for Venezuela sanctions?

In these grim times, there might be some unexpected good news! There might finally be some movement toward lifting the sanctions on Venezuela! Last week, three U.S. officials traveled to Venezuela - the first time in over 20 years that someone from the White House went to Caracas - and met with President Maduro to discuss oil and sanctions, among other topics.

The details of the conversation, which the Venezuelan president characterized as “respectful, cordial and very diplomatic,” haven’t been officially released, but according to Senator Marco Rubio, who angrily tweeted about the visit, the U.S. offered to lift sanctions in exchange for Venezuela selling oil to the U.S. and for a resumption in the dialogue between the Venezuelan government and opposition. The visit comes amidst the Ukraine crisis and just after President Biden announced a ban on the importation of Russian oil.

Tell President Biden to lift the sanctions, restore diplomatic relations and free Venezuelan diplomat Alex Saab, who is being held in U.S. prison on trumped-up charges!

Two days after the meeting, the Venezuelan government released a Venezuelan-American Citgo executive in prison on corruption charges, as well as a Cuban-American detained in Venezuela for smuggling a drone across the border from Colombia. President Maduro further announced that he will restart the dialogue with the Venezuelan opposition and expand it to include not only the more moderate opposition parties that have been participating in elections, but also the extremist parties that support the self-declared “president” Juan Guaidó.

News reports claimed the U.S. was attempting to get Venezuela to denounce Russia. While President Maduro has called for peace and warned about the threat of nuclear war, it is unlikely that Venezuela will turn its back on Russia, a country that has sent vaccines, medicine and other humanitarian aid, as well as loans and technical assistance, to help the Venezuelan people overcome the harsh economic war waged by the U.S.

The situation is still uncertain. In the days before the meeting in Caracas, the U.S. held military exercises with a nuclear submarine right off Venezuelan waters and President Biden extended the “national emergency” that says Venezuela is an “unusual and extraordinary threat” to the U.S. Then on March 10, Biden named Colombia, which has an adversarial relationship with Venezuela, as a major non-NATO ally. Plus, U.S. officials said they still recognize Guaidó as “interim president.”

Sign our petition calling on Biden to reciprocate Venezuela’s goodwill gesture of releasing prisoners by lifting sanctions, restoring relations with Venezuela and freeing diplomat Alex Saab! If you've already signed, make sure to share it with your friends!

The pressure is mounting on Biden and we need to be part of that. An opinion in the Miami Herald, of all places, called for sanctions relief, as did House Foreign Affairs Chairman Gregory Meeks. Even the Washington Post published an opinion that said U.S. policy towards Venezuela is based on white supremacy!

P.S. Our campaign to send powdered milk to Cuba was so successful that we’re doing it again–ever bigger! We will be sending milk not just to Havana, but to ALL the pediatric hospitals on the island. We know that times are tough right now and prices of everything are going up, but please donate if you can. If you can’t, you can still help the campaign by sharing it on social media. The Cuban people expressed so much love and gratitude for the solidarity we’ve shown them! 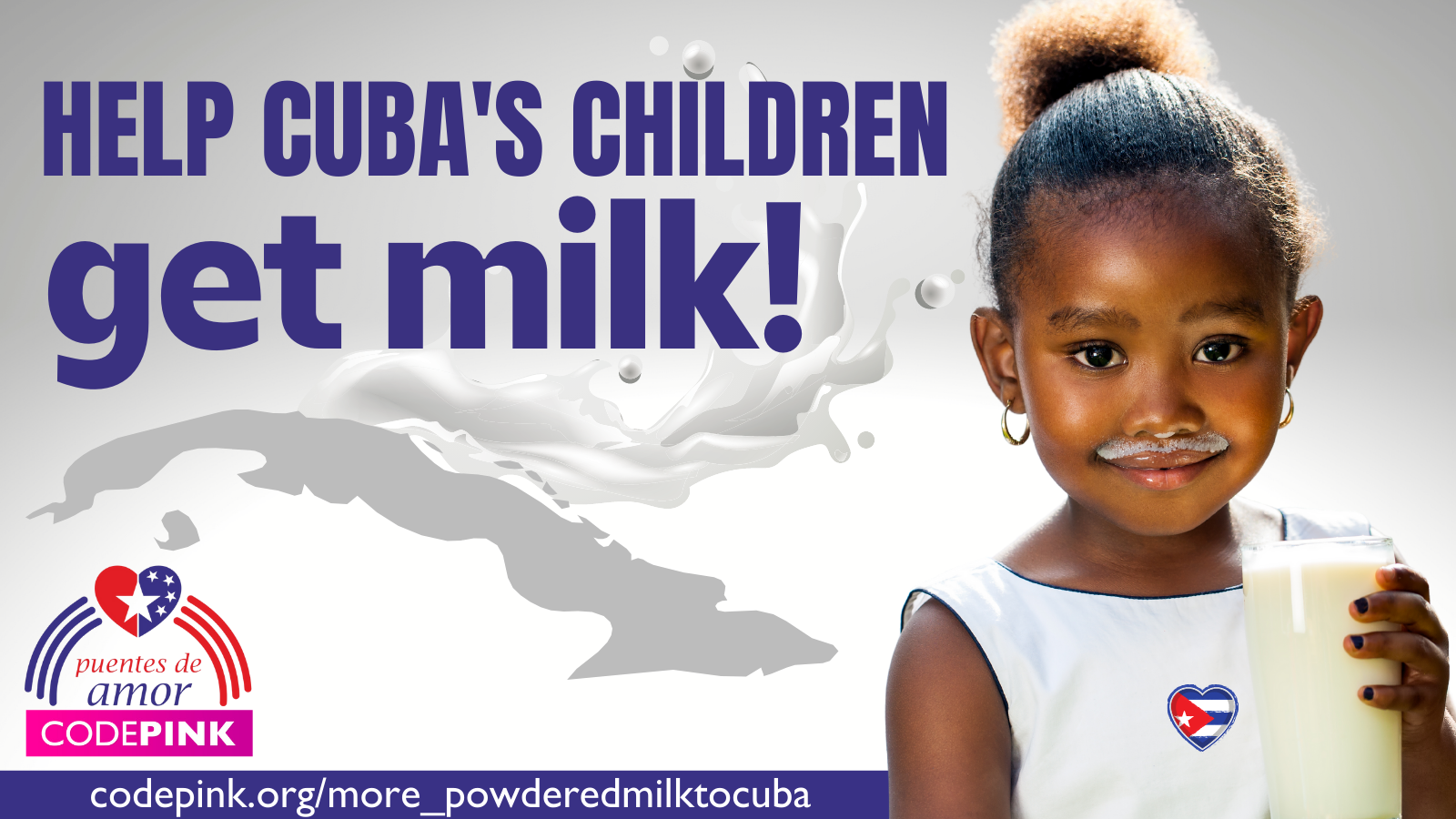