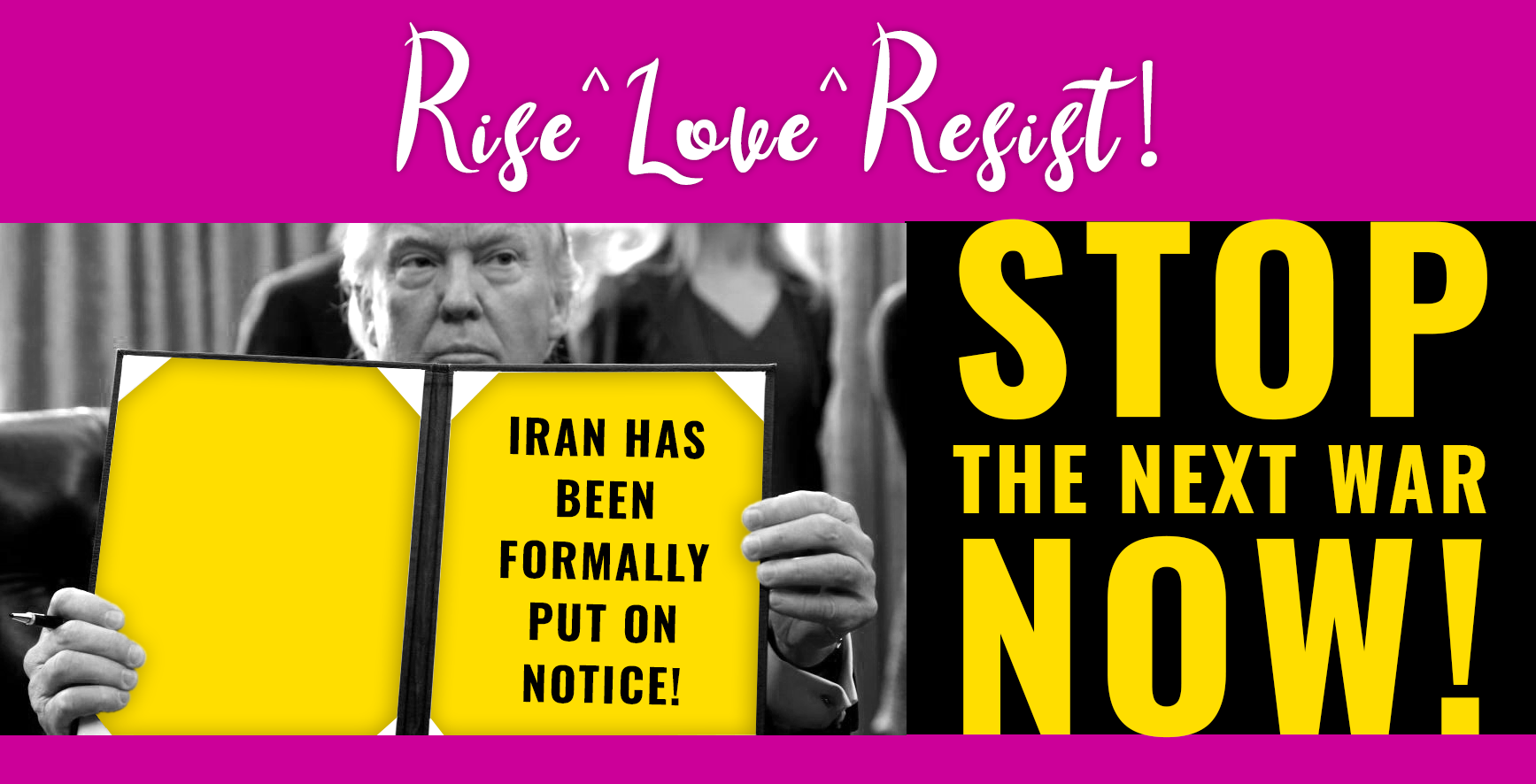 On February 15 Israeli Prime Minister Benjamin Netanyahu will meet with President Trump in Washington DC. Iran will be among the issues the two will discuss. The Iran nuclear deal, signed in 2015, lifted sanctions in exchange for limiting Iran’s nuclear program and is one of the best examples of the US successfully using diplomacy rather than military might. Not only was the deal a win for curbing nuclear proliferation, but it also provided relief to the Iranian people from crippling sanctions that gravely affected their ability to access such necessities as health care and food.

On February 1, Trump’s National Security Advisor, Michael Flynn, announced that Iran was being put "on notice" after it launched a missile test. Trump then further upped the ante by announcing that military action against Iran would not be off the table. On February 3, Trump imposed new sanctions against Iran. All this was welcome news for Netanyahu, who has been anxious to undermine the deal even before it was signed. Netanyahu was also pleased by Trump’s pick for US ambassador, David Friedman—someone who has raised billions of dollars for Israeli settlements, wants to provoke the Palestinians by moving the US embassy to Jerusalem, and has promised to do all he can to dismantle the Iran nuclear deal.

As peace activists, we fought hard for the Iran deal and human rights for Palestinians.  Here is what you can do to help:

Since Trump took office, we have seen more bold moves from Israel. For the first time since the 1990s, an entirely new settlement in the West Bank has been approved. Israel’s right-wing government is also committed to ending the Iran nuclear deal. But since Trump’s swearing in, we have also seen a phenomenal increase in the number of resisters who have taken to the streets, the courts, the airports, the halls of Congress, State capitols and local representative offices.

With the Iran nuclear deal in danger, with Palestinians denied their basic human rights, and with Trump calling for a Muslim ban, it is time to ramp up the resistance!

P.S. Check out our new I Love Palestinian Human Rights and Peace with Iran T-shirts.

Join @CODEPINK @chinanotenemy in calling on YOUR...

He’s in prison for helping feed a country!

AOC says 🗣 NO WEAPONS TO ISRAEL!