In Afghanistan, we need to rethink the institution of war 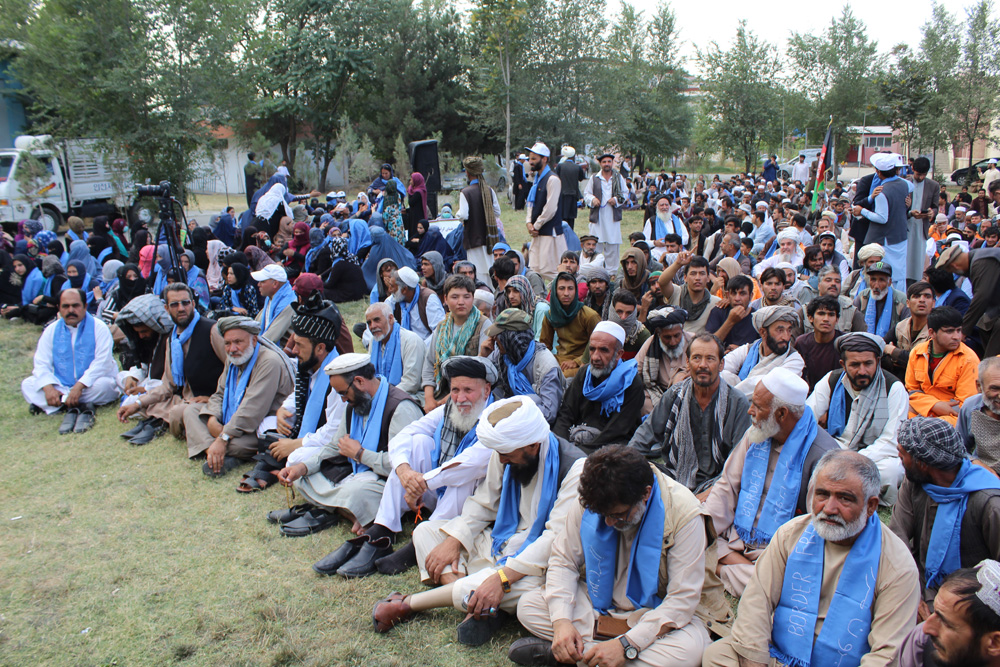 The crowd at the PPM’s meeting in Kabul on the 9thof August 2018. Photo by Dr Hakim.

It’s frustrating that whereas all human beings wish to live meaningful lives, we seem helpless in the face of a few individuals waging wars and exploiting our world.

But we can each do something about this insensible status quo, as ordinary folk of the People’s Peace Movement (PPM ) show us by taking one barefoot-step at a time, traveling to the Northern areas of Afghanistan to persuade fellow Afghans, whether they’re with ‘insurgent groups’ or with the U.S./NATO/Afghan forces, to stop fighting. 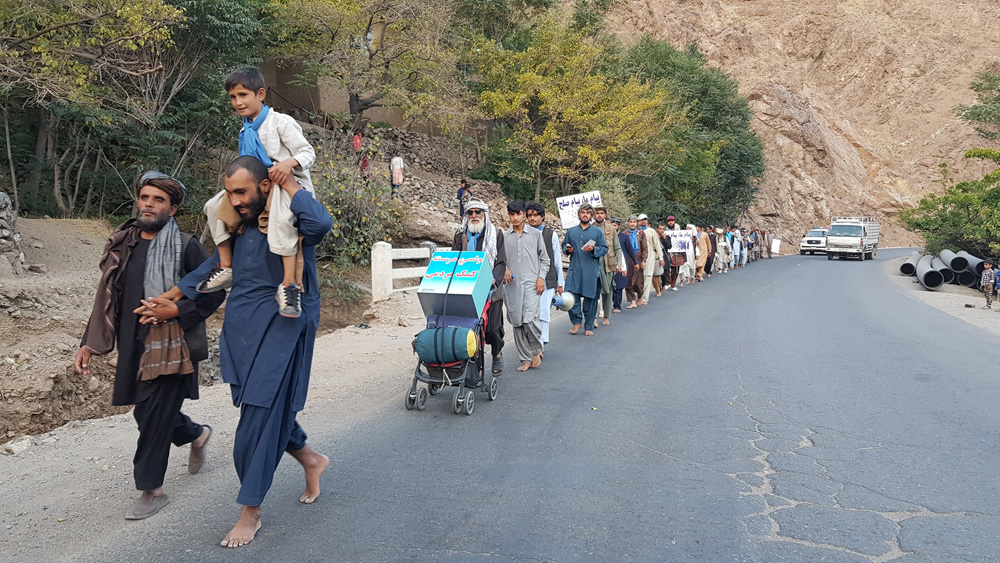 The People’s Peace Movement ( PPM ) walking barefoot to the Northern provinces of Afghanistan, led by a blind member of their group, Zindani. Photo taken from PPM’s Facebook Page

Their action of walking without shoes suggest to us that, for us to survive today’s militarized and profit-driven norms, we have to live each day differently, and with clarity and compassion.

We need to think anew.

Moreover, the roots of ‘terrorism’ lie within ourselves. We are our own source of wars.

Iqbal Khyber, a representative of PPM, told the Afghan Peace Volunteers ( APVs ) about how violence has taken root in all of us. “A blind member of our group, Zindani ( a name he gave himself after he was blinded by a Taliban-planted roadside bomb, meaning ‘imprisoned’ ) had so much pain in him that, one evening, when we were camped outside the U.S. Embassy in Kabul, he pleaded with me, ‘Can I throw a pebble at the fence?’ ”

“I advised Zindani, ‘No, we need to end the anger inside us.’” Iqbal continued.

Zindani is rightfully angry because he has been hurt by all sides of the Afghan conflict, like all civilians in all wars. His father literally disappeared from his life when he was just seven, as a bomb from a U.S. airstrike in Helmand left ‘a crater so large that no trace of his father and uncle could be found’.Years later, another bomb, this time a Taliban device, killed his sister and blinded him. He not only lost his sight, he also lost the chance to marry the teenage love of his life.

At a large gathering in Kabul, Zindani sat in front of a crowd of Afghans who were shouting, “We want peace! Enough war! ” He had a brown turban wrapped over his head and eyes, and a Borderfree blue scarf of the Afghan Peace Volunteers draped around his neck. 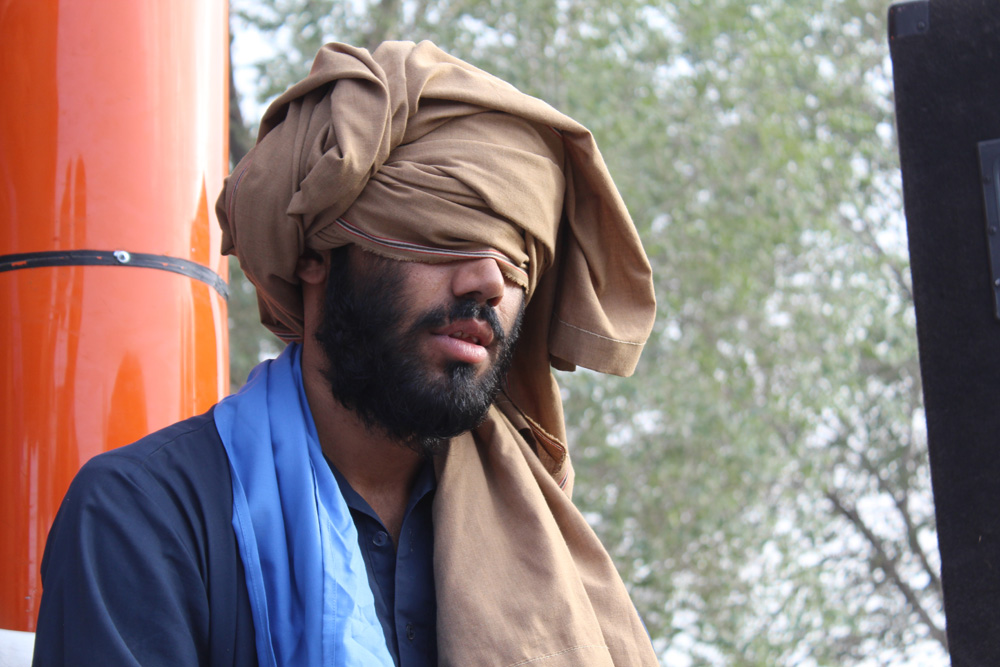 Zindani is determined to end war. Photo by Dr Hakim

But his stand was clear. He had already walked more than 700 km from Helmand to Kabul, and he was ready to persist.

He couldn’t see the crowd before him, but he could hear them, and understand their intense desire to end the war.

What makes us think that ordinary people like Zindani, or we ourselves, cannot end ‘terrorism’ and wars through nonviolent methods? Misinformation has infected us with doubts.

One way to work through those doubts is to emulate Zindani, members of the PPM and the APVs: relate person-to-person, ask, “How can we live better?”, listen, love.

And to take courage in not doubting love when we encounter it.

“I was suspicious of their intentions. Politicians and leaders have misused the people so much we can no longer trust one another. But, when I met and conversed with these people from Helmand, I knew we could work together,” Masuma testified to the other Volunteers who had gathered on another occasion to hear from four members of the Movement.

How about fear? How do we deal with legitimate fears?

The Volunteers were grappling with multiple concerns before they went to the big meeting organized by the PPM, held just next to Ghazi Stadium, where the Taliban used to execute people publicly.

Surely, Zindani, with his past trauma of losing eight family members to war, has been afraid all through his dark journey. Fear is an emotion we can work with, like our experience of fear even in love, like Zindani did in creating two poetic lines for his teenage girl-friend:

I am too scared to even drink water

It may fade my beloved’s name on my heart.

“We’ll go together, come what may,” Khalid, an Afghan Peace Volunteer who is a university undergraduate, had said. At the large gathering, Khalid was so ‘fired up’ that he overcame his usual shyness for 30 seconds on stage, delivering two lines of a Pashto poem which meant:

don’t destroy my thoughts and my mind.” 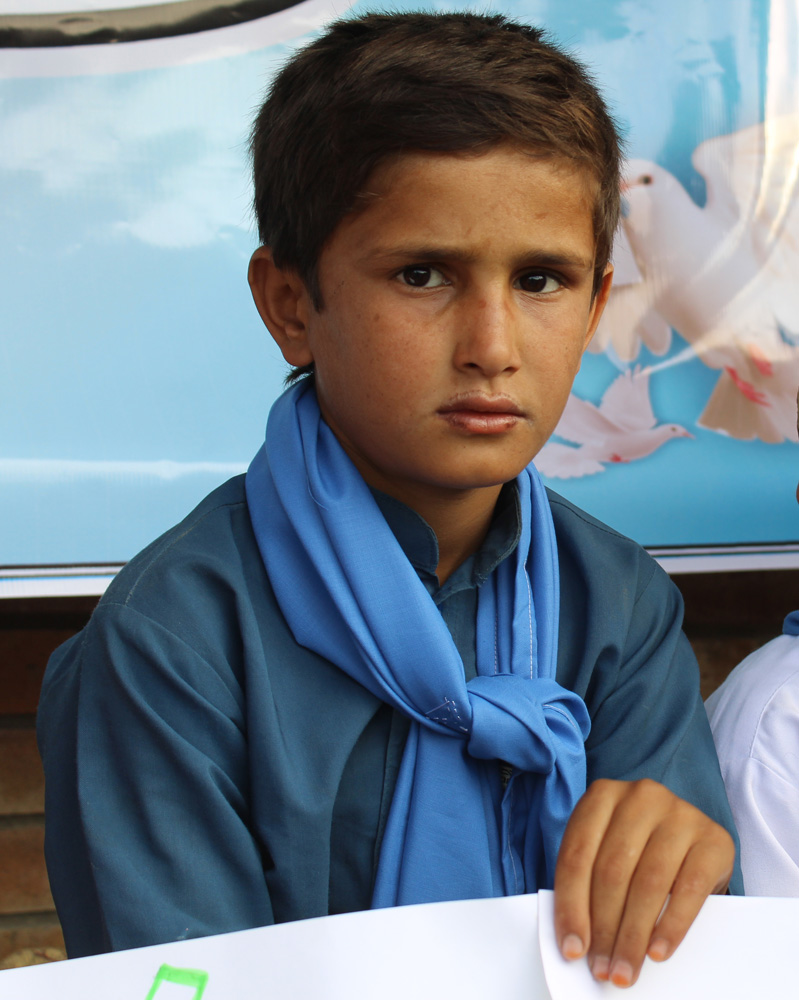 The young want an end to war. Photo by Dr Hakim 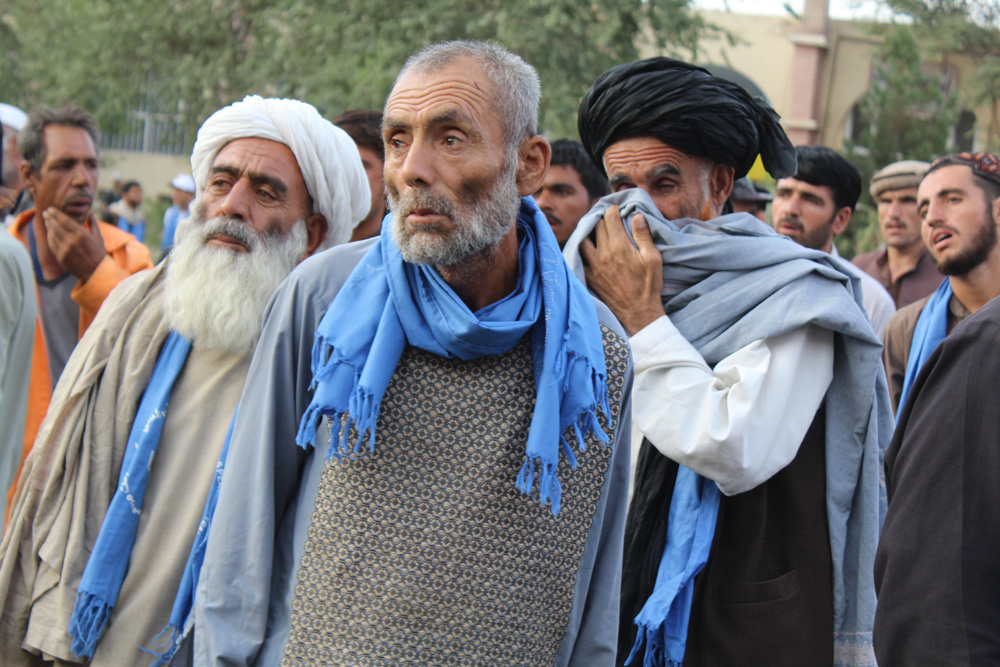 The old want an end to war. Photo by Dr Hakim 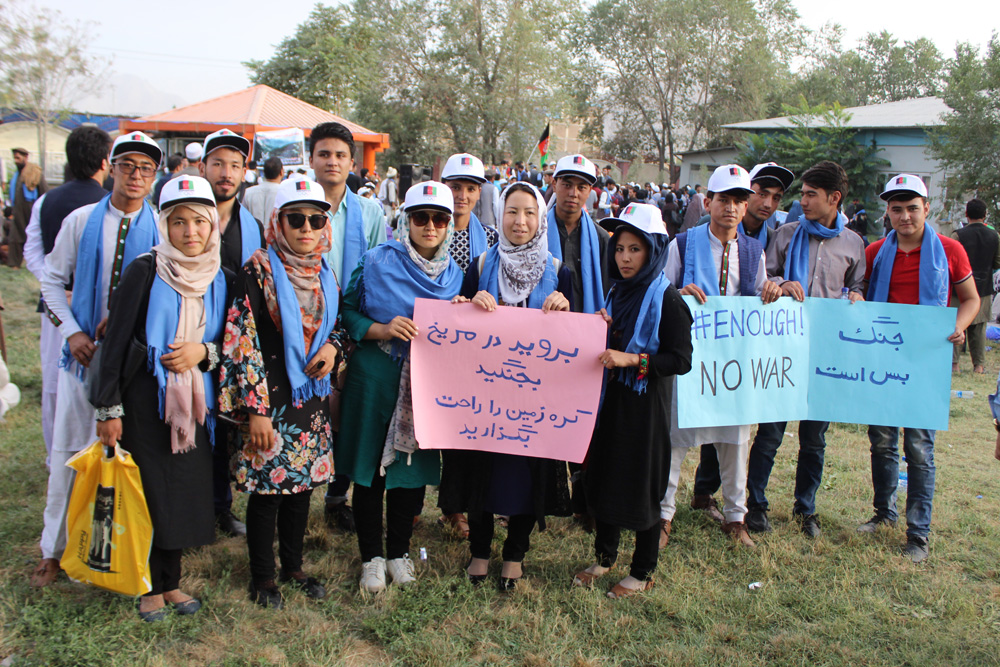 The APVs, the PPM and the people want an end to war. Photo by Dr Hakim

That’s how we can overcome fear, and end the obsolete human institution of war.

We can think anew.

We can turn up together. 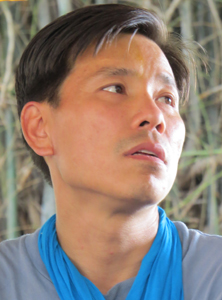 Dr Hakim, (Dr. Teck Young, Wee) is a medical doctor from Singapore who has done humanitarian and social enterprise work in Afghanistan for more than 10 years, including being a mentor to the Afghan Peace Volunteers, an inter-ethnic group of young Afghans dedicated to building non-violent alternatives to war. He is the 2012 recipient of the International Pfeffer Peace Prize and the 2017 recipient of the Singapore Medical Association Merit Award for contributions in social service to communities.