Give Us Peace, Not Brunch 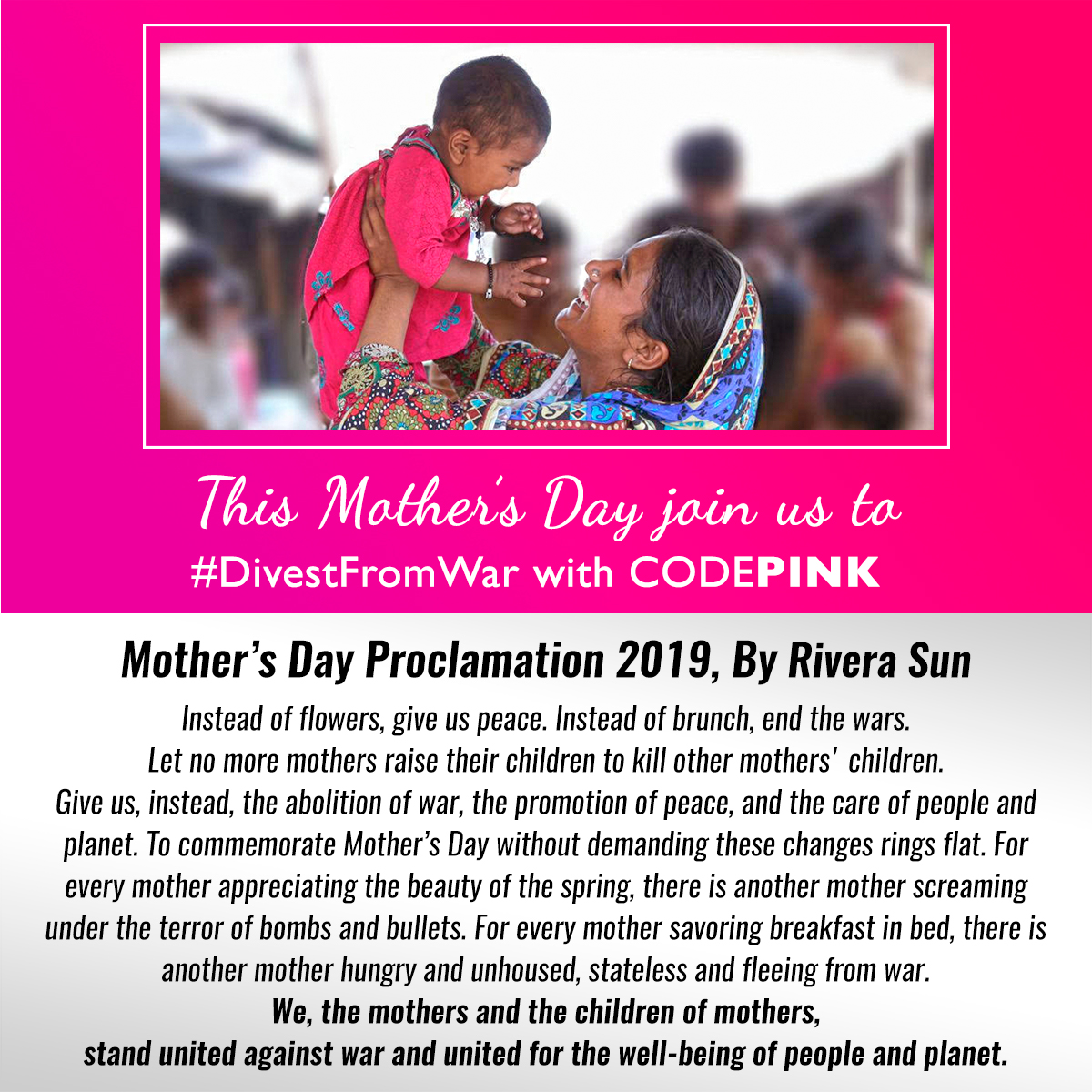 As wars in Iran and Venezuela are being bantered around by Pompeo and Bolton, and as we continue to see bombs drop on Yemen and Gaza acclaimed author Rivera Sun lifted her pen to adapt Julia Ward Howe’s Mother’s Day Proclamation into a contemporary cry for peace on Mother’s Day 2019.

“Each day, the cruelties of war demand the blood sacrifice of mothers' children, young and old, civilian and soldier, foreign and domestic.”

The violence perpetrated by the U.S. war machine affects mothers in Gaza whose children are routinely arrested and forced to grow up under Israeli occupation. It also affects mothers in Saudi Arabia, whose daughters are forced to live under a male guardianship system, under which women need permission from a male to travel, study, obtain a passport, marry, and engage in other key life events. Mothers in Venezuela must also contend with the violence of the U.S. war machine while they are forced to live under crippling U.S. sanctions which make access to food and medicine precarious. In Iran, mothers are suffering under the effects of US sanctions; children are starving and their needed medicines denied.

The violence of the war economy reaches all corners of the world — which is why it’s so important that we begin to challenge it right here at home. You can engage locally with your university, city, or church to call on them to divest money from the war machine that makes a killing on killing.

“Each day, the greed of the war machine siphons off our wealth and drains away that which should have nourished life and prosperity for all.”

Watch our video and read Rivera Sun’s full proclamation here and share with your friends and family. Encourage them to get engaged in cultivating peace. 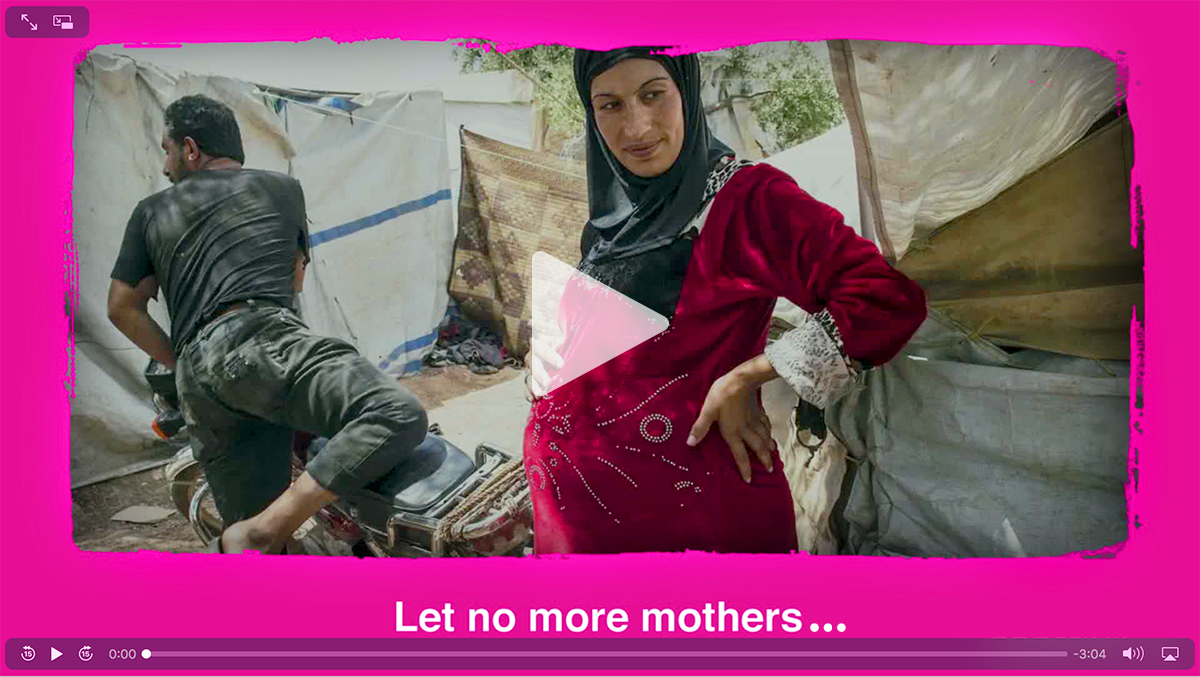 Can you imagine a world where we take the billions of dollars we currently apportion for the U.S. military and private weapons manufacturers and invested it in life-affirming programs like universal health care, green jobs, and improved infrastructure around the country? There are already people organizing divestment campaigns to ensure that money being spent by our universities, cities, and states is being invested in life-affirming programs. On this Mother’s Day, make a commitment to peace with us and sign up to join a local movement to bring our war dollars home.

The U.S. war economy inflicts violence on an almost unfathomable scale on mothers and their children around the world. But the movement for peace starts locally — with a small group of people who are dedicated to peace like you.

P.S. Join CODEPINK as we reclaim the radical, peaceful roots of Mother's Day on Sunday, May 12 in the Bay Area, NYC, and Washington D.C.