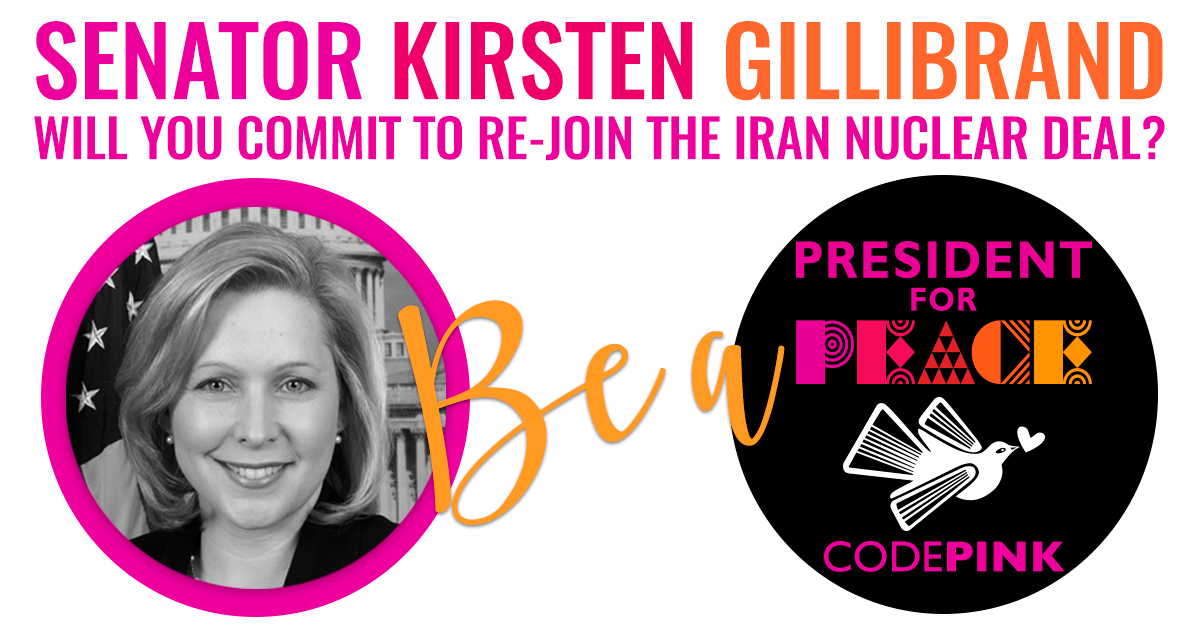 If you live in the US, please contact your the senator directly by filling out the form below:

I am emailing you to ask for your commitment to rejoin the Iran nuclear deal. As one of the candidates who voted for the agreement, I am surprised that you have not publicly added re-entering the Iran nuclear agreement to your platform. I ask that you join Senators Bernie Sanders, Elizabeth Warren, Kamala Harris and Representatives Tulsi Gabbard and Julian Castro by calling on the U.S. to re-enter the deal.