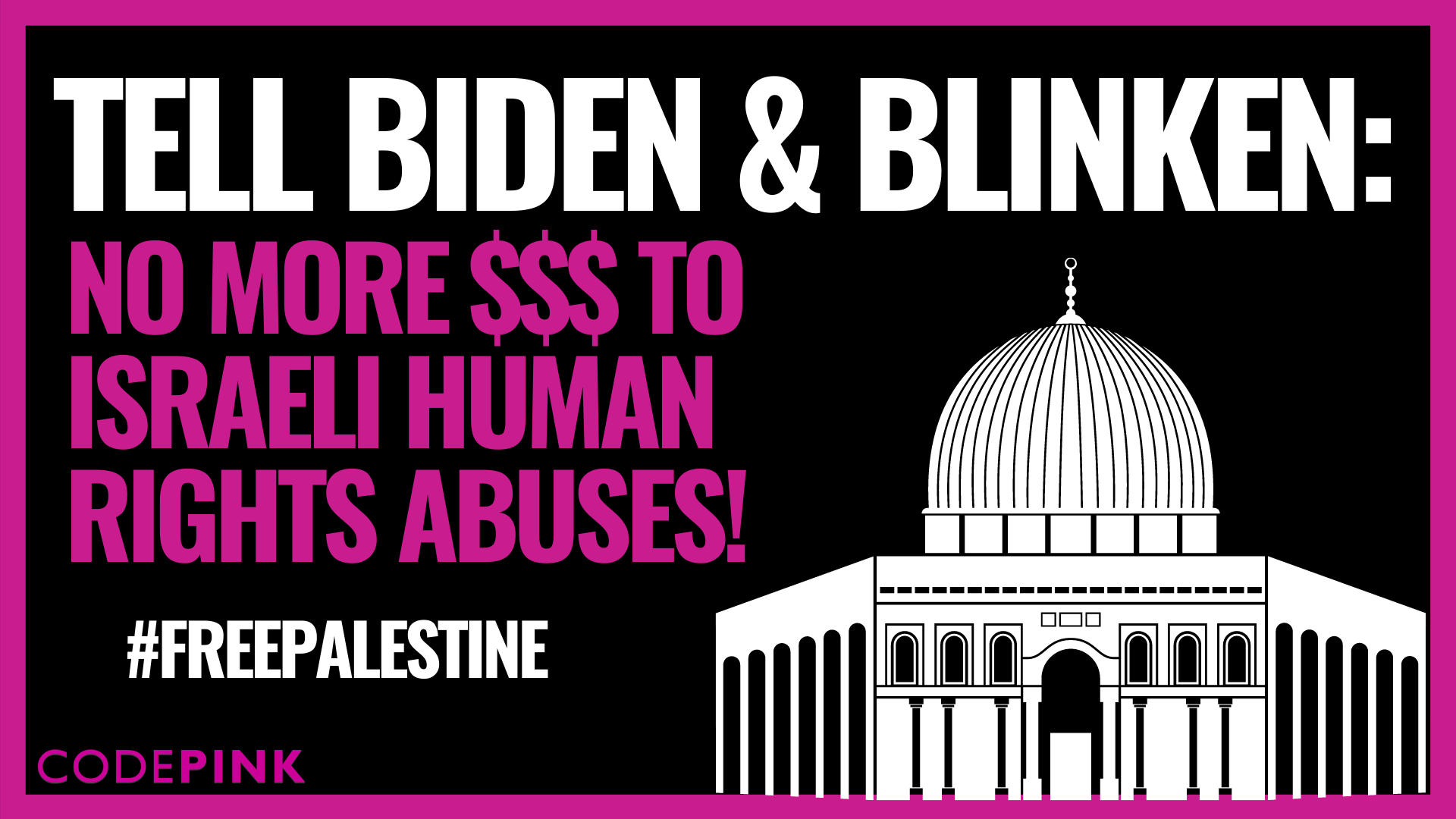 Another war is breaking out in Gaza and it isn’t a surprise. So far, 28 people, including ten children, have been killed in Gaza and three people have been killed in Israel. Israel launched an attack that leveled a 13 story apartment building in Gaza that housed 80 Palestinian families. Preceding the last two days of bombs, rockets, and death, Israel was committed to ethnically cleansing the Sheikh Jarrah neighborhood of its indigenous Palestinian population. Israel also allowed far-right Jewish extremists to hold a “death to Arabs” march, put up barricades at Damascus gate, and invaded Al-Aqsa mosque, shooting tear gas and stun grenades at Muslim worshipers during the holiest night of Ramadan.

None of this should be carried out with US tax dollars! Call on President Biden and Secretary Blinken to stop funding Israeli war crimes!

On Monday, following the violence and oppression in Jerusalem, Hamas responded by firing rockets into Israel. Since then it has only gotten worse and worse, with no end in sight. The $10 million in military “aid” Israel gets every day from the United States adds up to $3.8 billion dollars annually. This aid has always been used in the oppression of Palestinians and right now it is enabling the bombing of Gaza, again. Secretary Blinken loves talking about human rights, but while he has condemned the rockets coming out of Gaza, he has not demanded that Israel stop bombing Gaza.

US officials cannot claim to care about human rights while funding apartheid and massacres. Call on Biden and Blinken to extricate the US from this latest massacre in Gaza by ending US military aid to Israel.

What is happening in Palestine is heartbreaking and people around the world are taking to the streets demanding a just and lasting end to the root cause of the violence: Israeli apartheid. This week marks 73 years since hundreds of thousands of Palestinians were violently displaced from their homes to make way for the Zionist project. We have the obligation to be loudly and proudly in solidarity with Palestine and Palestinians, so that not one more family will lose their homes or loved ones to Israeli attacks.

Tell the Biden Administration to stop giving $3.8 billion to Israel!

See you in the Streets,
Ariel, and the entire CODEPINK Team

P.S. See if there is a Palestine protest in your area here!