Donald Trump is a peacenik—say whaaat? 😲 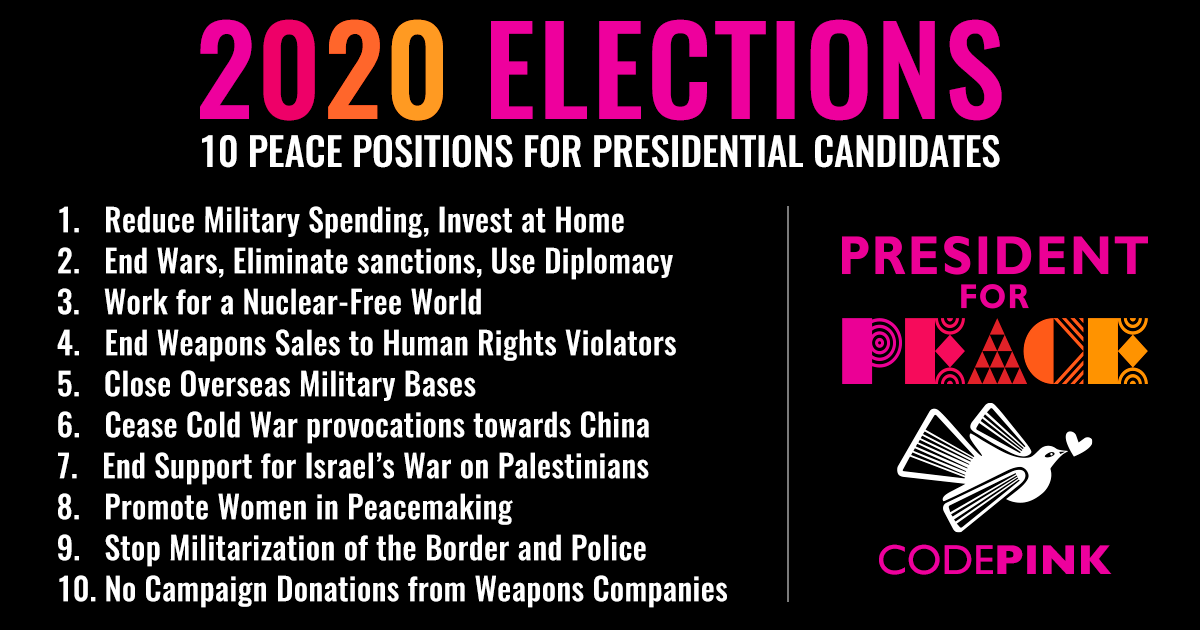 Today marks 19 years since the horrific 9/11 attack that resulted in the ongoing wars in Afghanistan and Iraq, wars that cost the US $6.4 trillion dollars. And for what? To kill thousands of US soldiers, millions of Iraqis and Afghans, and spread destruction throughout the Middle East and beyond.

Nineteen years later, polls have repeatedly shown that the American people are tired of these endless wars that both parties are responsible for. That’s why Donald Trump is suddenly painting himself as the anti-war candidate. He recently accused Pentagon leaders of perpetuating pointless wars to benefit military contractors, and just days ago announced the withdrawal of thousands of troops from Iraq and Afghanistan.

Join us in telling Trump that he isn’t fooling us. Over the past four years, he has only doubled down on the worst parts of the United States’ destructive foreign policy: increasing the Pentagon budget, sidestepping Congress to sell more arms to the Saudis, vetoing the Yemen War Powers Resolution, bringing us to the brink of a war with Iran, imposing deadly sanctions on Iran and Venezuela. Right now he is working on a deal to sell arms to the UAE, and is creating a new Cold War with China.

Clearly, Trump is no dove and neither is Joe Biden, who just yesterday announced that he does not foresee cutting the Pentagon budget if elected. In fact, he says that military spending would likely increase under a Biden Administration.

We can’t spend another four years with a militarist in the White House. Today, on the 19th anniversary of 9/11, with the 2020 election less than two months away, we are calling on both Donald Trump and Joe Biden to adopt a truly anti-war platform and run as a president for peace. Contact the candidates now and demand they pledge to be a president for peace!

Neither major party candidate can be counted on to promote what the American people want: an end to US militarism that creates so much death and destruction and robs us of the resources we need to solve our real problems, such as the climate crisis and this pandemic. That’s why we need your help to flood Trump and Biden with demands that they pledge an end to our militarist approach to foreign policy and endorse CODEPINK’s 10 point President for Peace platform.

Tell Trump and Biden: we need a president for peace. Adopt a truly anti-war foreign policy! We are not under any delusions. We know it is unlikely that Trump or Biden will radically shift their platform just weeks before the election. But they have to feel our pressure. And we have to build our power as an anti-war movement. That’s why we have several great ideas for how you can promote nonviolence beyond the ballot box. Take the following actions:

Two decades since 9/11 and we have been engaged in endless wars. It’s time to stop. Join us working toward peace.

P.S. We still have an opening for our Regeneration Manager. Please send applications to [email protected].

Peace lovers, our Imagine a World Without Weapons shirts and Drone Free Zone tee is still in stock in the CODEPINK store.