Divest Summit Oct 21-22: Join us via livestream or in-person! 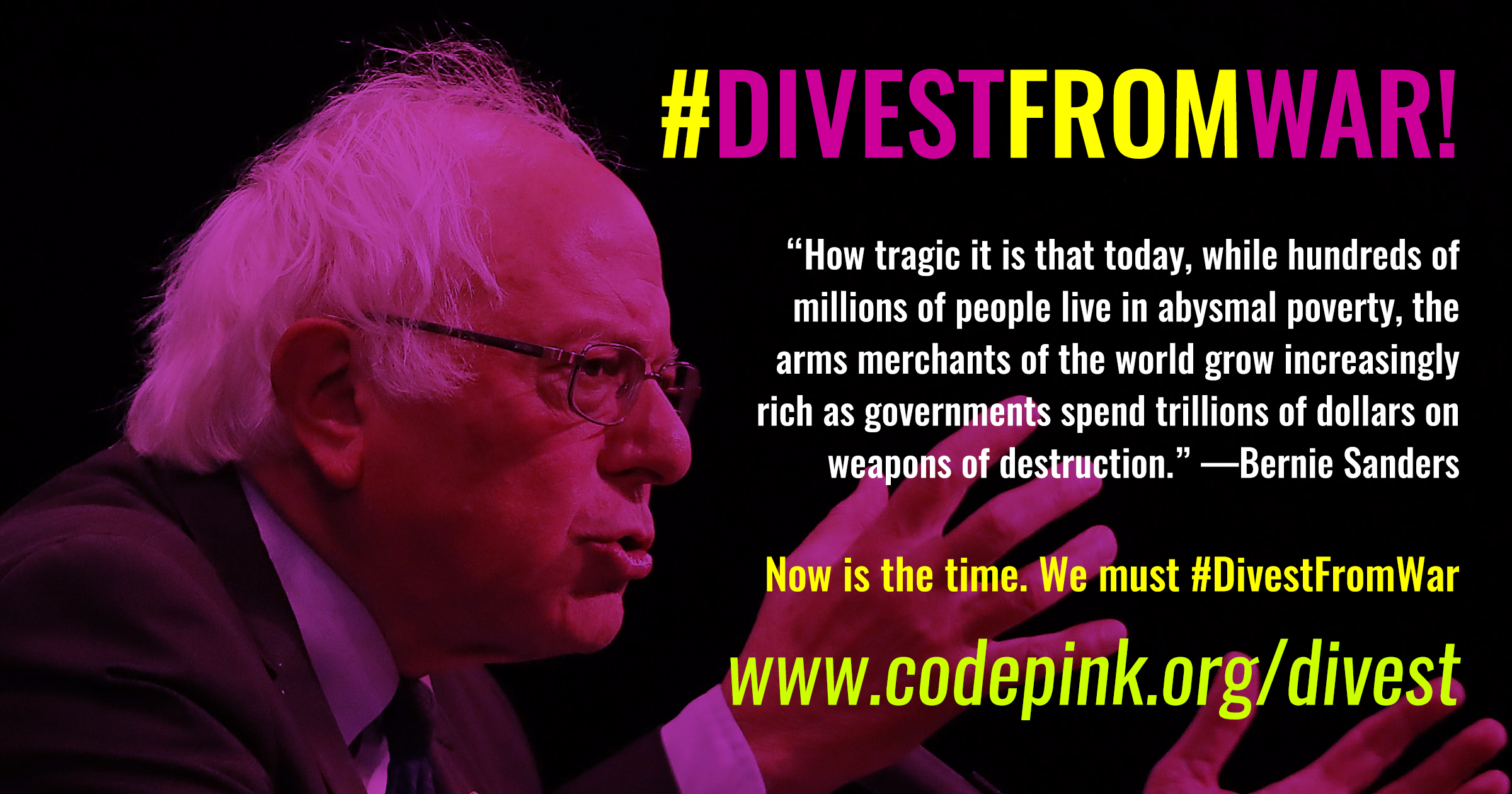 After 16 years of unending, costly wars and new ones on the horizon, it is up to us to throttle the war machine. Institutions and individuals are making a Killing On Killing; it is time for them to Divest.

Universities, pension plans, banks, cities, counties and states have funds invested to profit from war, and they are fueling the out-of-control U.S. military apparatus. Divestment is a tool for exposing the crimes of war and empire, getting more people to think about the consequences of unrestrained militarism, both globally and in our streets, while mobilizing diverse communities across the country.

The imperative to invest in peace, not war, is now more urgent than ever, and it’s up to us to demand that our institutions do so.

Join us at the Divest from the War Machine Summit on October 21 & 22 at University of the District of Columbia (UDC) Law School, 4340 Connecticut Ave NW, Washington, DC 20008. Reserve your spot now!

Join our Thunderclap to grow awareness!  This will alert your social media followers as we live-stream the Summit on Saturday.

This Summit will kick off a nationwide campaign and bring together an amazing set of foreign policy experts—veterans, former government officials, and divestment activists from other successful campaigns— to shed light on the military contractors and lobbyists that make billions from US militarism. Don’t miss this chance to hear from speakers including William Hartung, Medea Benjamin, Vijay Prashad, and Lawrence Wilkerson!

If you can’t attend the Summit, watch the live-stream on the Divest webpage! You’ll be able to livestream the event from the CODEPINK website Saturday morning.

This low-price event is a sliding scale of only $15 to $100 (and FREE for students!). Read more about our campaign, the Summit, and our speakers!

At a time when this administration is putting us on a catastrophic path to war with both North Korea and Iran and the stocks of major U.S. arms dealers are surging to record highs, we, the people, must use divestment to revoke our consent for the war machine!