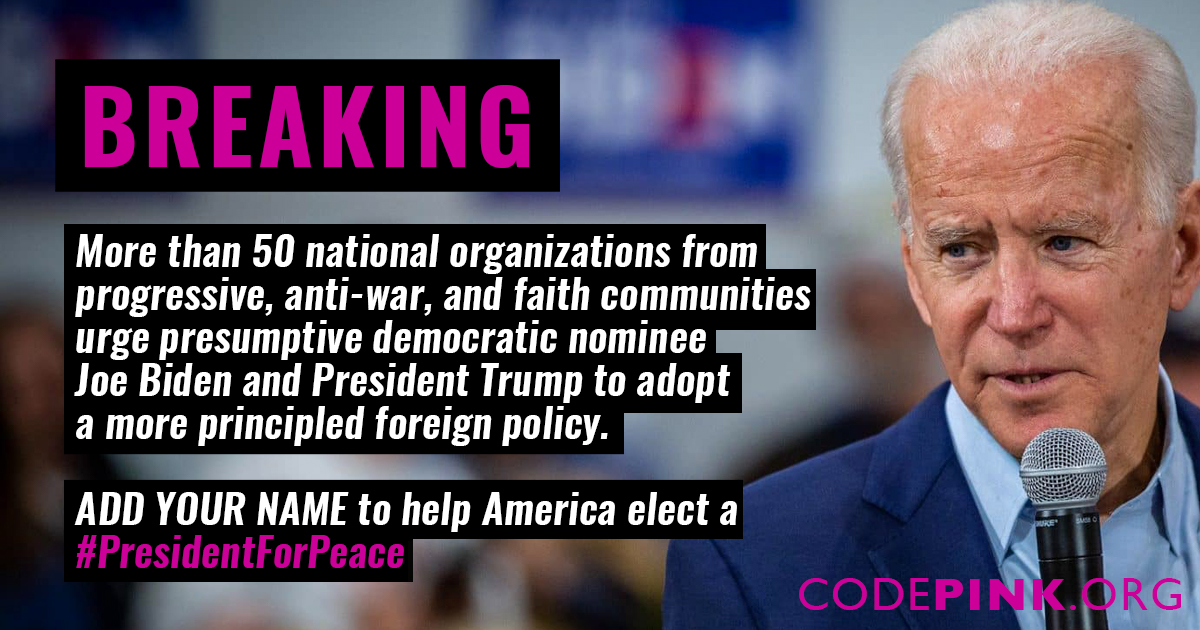 Instead of feeling helpless in the midst of a pandemic, we are using this time to organize. Rather than accepting poor choices and endless militarism, we have joined together — over 50 national organizations, representing millions of Americans — to urge presumptive Democratic presidential candidate Joe Biden to adopt and run on a principled, peaceful foreign policy platform. Along with Demand Progress, Win Without War, Indivisible, American Friends Service Committee, and many many more, we are calling on Biden to:

ADD YOUR NAME NOW TO THIS IMPORTANT LETTER TO JOE BIDEN.

After we reach 10,000 signatures, we will deliver it to Biden.

As the letter makes clear:

“Our country and many others are woefully unprepared for the crisis that we now face. Without extraordinarily bold leadership, this is likely to be the beginning of a period of profound instability for the entire planet... For decades, U.S. foreign policy has been overly focused on confrontation with perceived adversaries and the global projection of U.S. military power. Doing so has militarized our response to global challenges, distorted our national security spending priorities, toxified our political discourse, and left us woefully ill-prepared to confront the growing transnational threats to human security we face today that do not have military solutions.”

Every four years, we at CODEPINK launch a President for Peace campaign to call on all candidates to adopt a peace platform to move our country from militarism to human needs, like healthcare, education, and green jobs. Many of us feel despair when we hear Biden’s bad positions, such as keeping the U.S. embassy in Jerusalem or supporting sanctions on Cuba and regime change in Venezuela. Rather than tuning out though, we are mobilizing with the demands of the people:  A PRINCIPLED PEACEFUL FOREIGN POLICY PLATFORM! 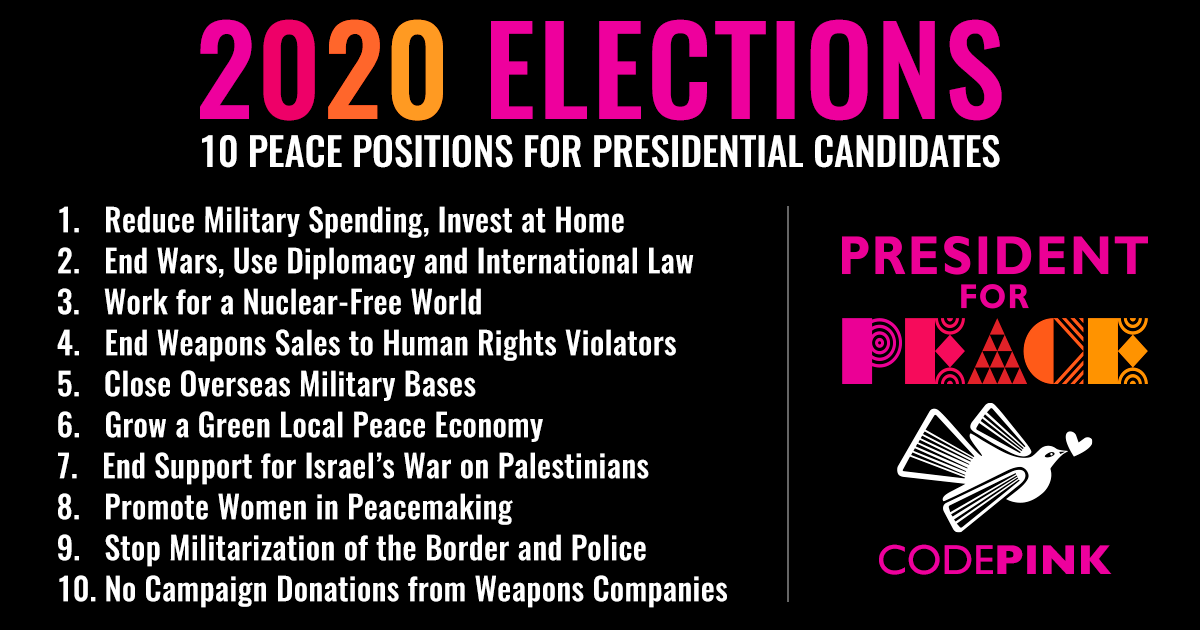 We know that another world is possible. Let’s join together to make it happen.