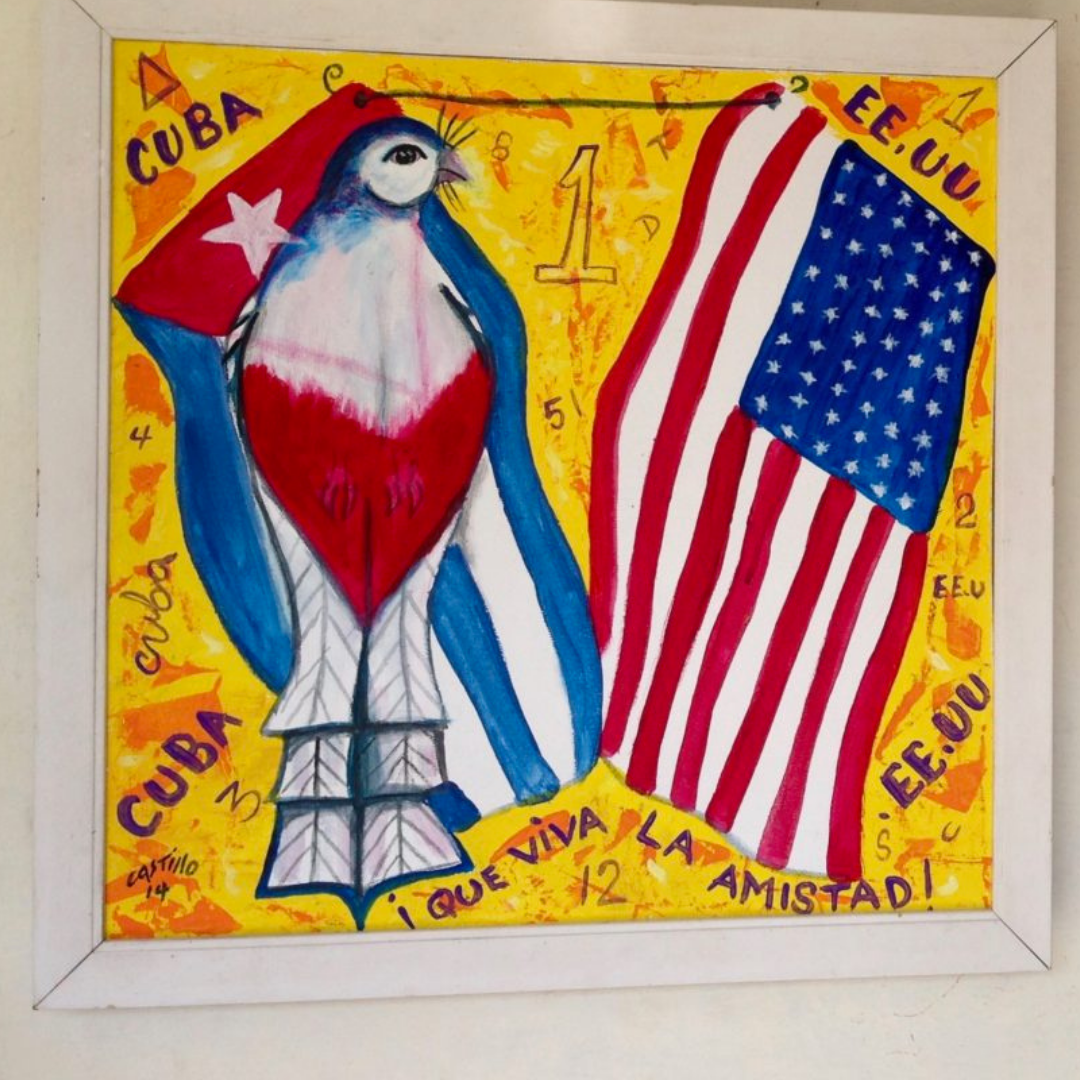 Remember the protests in Cuba on July 11? They were relatively small, but the media made them seem huge. And the US government supported them, including by funding bots on social media to amplify them.

A similar dynamic is happening again for protests planned for Monday, November 15th, the day Cuba is scheduled to finalize its vaccination campaign and open up to tourism. The House passed a resolution last week supporting the protests and spokespersons from the White House and State Department have been promoting them and threatening Cuba with sanctions. We believe in the right to protest, but it’s disingenuous to pretend that the U.S. isn’t intervening.

It’s not all bad news though: 40 Representatives voted no on the resolution supporting the dissidents and some members of congress have drafted a letter to President Biden calling for a policy towards Cuba that addresses humanitarian concerns, the economic crisis and engagement rather than isolation.

The letter, drafted by Representatives Jim McGovern, Barbara Lee, Gregory Meeks and Bobby Rush, asks the Biden administration to suspend sanctions that prevent food, medicine, medical supplies and other medical assistance from reaching the Cuban people. It also calls for lifting the restrictions on remittances and travel, for removing Cuba from the State Sponsors of Terrorism list, and for normalizing relations between our two countries. 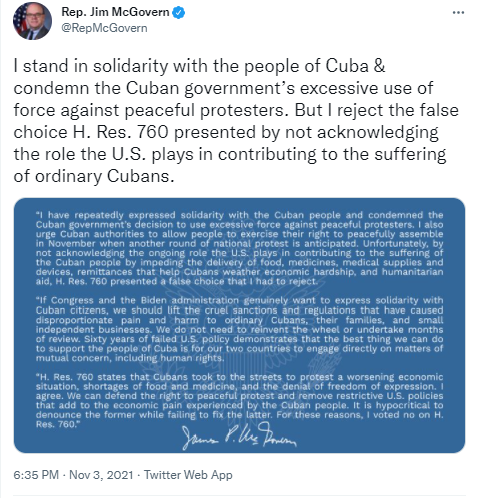 We thought the hybrid war on Cuba might be abated by the election of President Biden, but he has wildly disappointed those of us who long for our country to not only return to the Obama era policy of engagement, but for an end to the cruel embargo that harms the Cuban people.. Biden has to feel our pressure and this congressional letter is an opportunity to show him that we’re a force to be reckoned with.

Convince your Representative that we need a Cuba policy based on engagement, not confrontation!

You can read the letter in full at the website of ACERE, one of the coalitions we’re working with on Cuba. In addition to political pressure, we’re doing our part to help Cubans meet their needs. Last week Medea arrived in Cuba with members of The People’s Forum and Puentes de Amor to deliver 18,000 pounds of food, bought with funds donated from CODEPINKers and other donors throughout the U.S. This important gesture showed Cubans that there are people in the U.S. who want our government’s cruel policies to end. 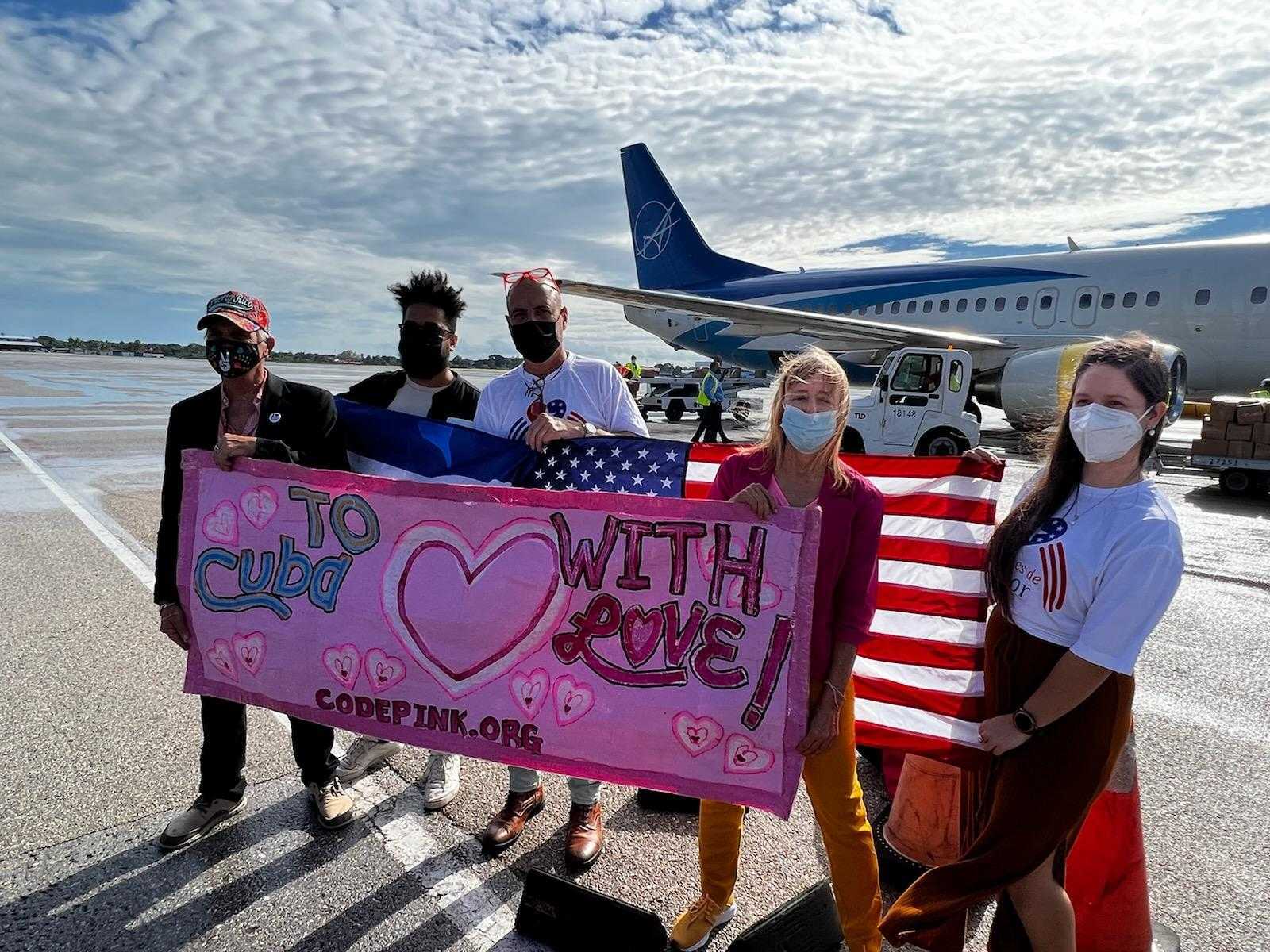 P.S. This week on CODEPINK Radio, I spoke with Alan MacLeod about the November 15 protests and about the role played by the NED and USAID in attempts to destabilize Cuba. Listen on Apple Podcasts and Spotify!