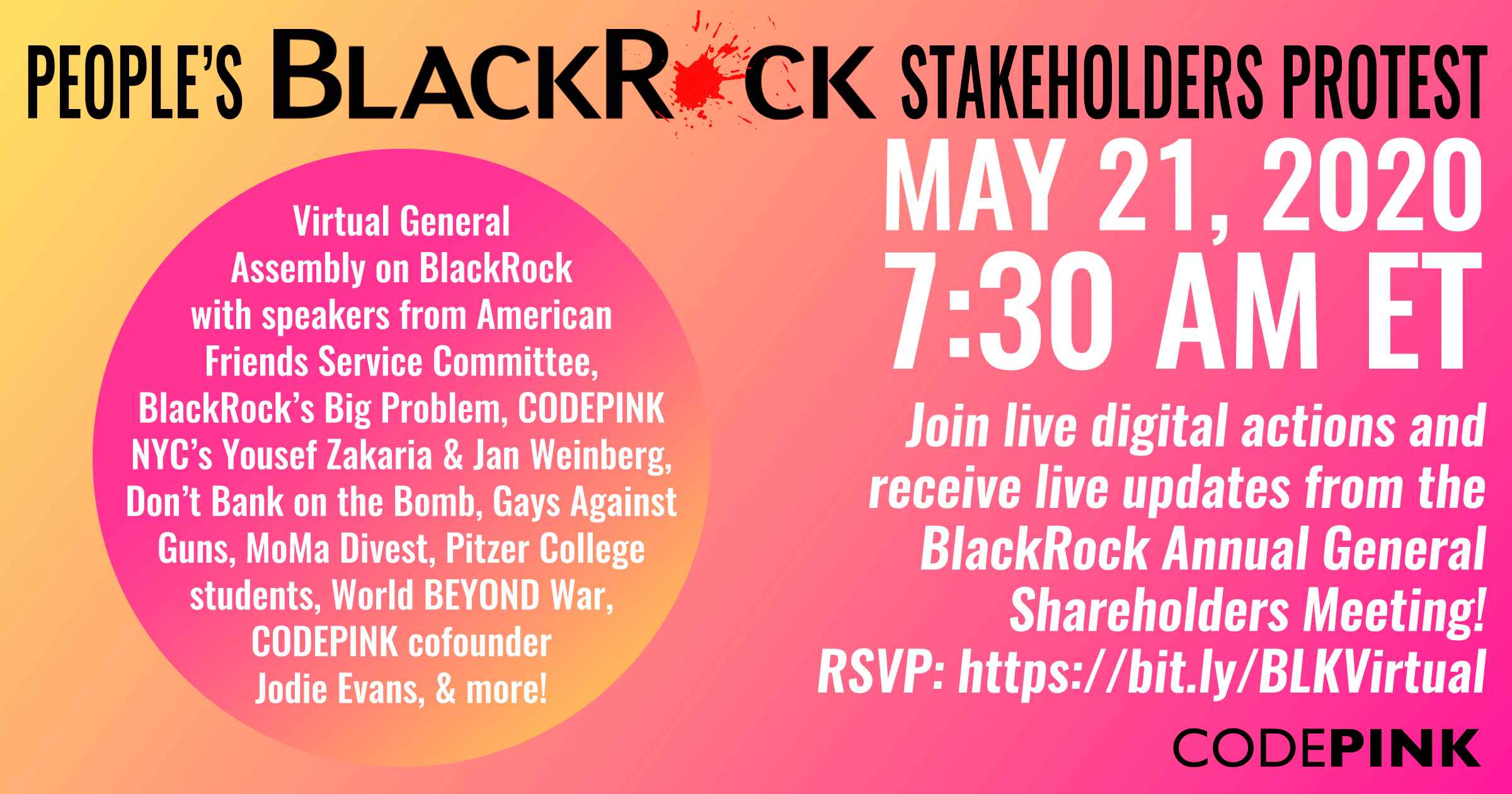 WHERE: Via video conference platform Zoom

CODEPINK purchased shares to acquire access to the annual meeting to influence change. CODEPINK plans to vote against the re-election of Laurence Fink as CEO of BlackRock. Simultaneous to the Annual Shareholders Meeting, CODEPINK is hosting a digital protest on video conference platform Zoom -- which includes organizations that have previously staged BlackRock protests such as: American Friends Service Committee, BlackRock’s Big Problem, Don’t Bank on the Bomb, Gays Against Guns, MoMA Divest, Show Up! America, and World Beyond War.

“If investment management firms like Calvert, the Boston Impact Initiative, organizations like The US Conference of Catholic Bishops, and leaders from the Domini Impact Fund and Amalgamated Bank can commit to divest $550 billion dollars from weapons then so can BlackRock,” states Nancy Mancias, a campaigner with CODEPINK. BlackRock is the largest investor in weapon manufacturers. “BlackRock recently announced that they were divesting from fossil fuels — signaling a serious shift in their policies. If CEO Larry Fink is serious about being a socially responsible game-changer for humanity -- he should also divest from weapons.”

BlackRock has been trying to improve its image as being socially responsible. CODEPINK is a shareholder in BlackRock which gives them leverage. Close to 3000 community stakeholders support CODEPINK’s efforts through an online petition that was emailed to BlackRock CEO Laurence Fink ahead of the 2020 Annual General Shareholders Meeting.

The organizers of the digital protest are available for interviews.