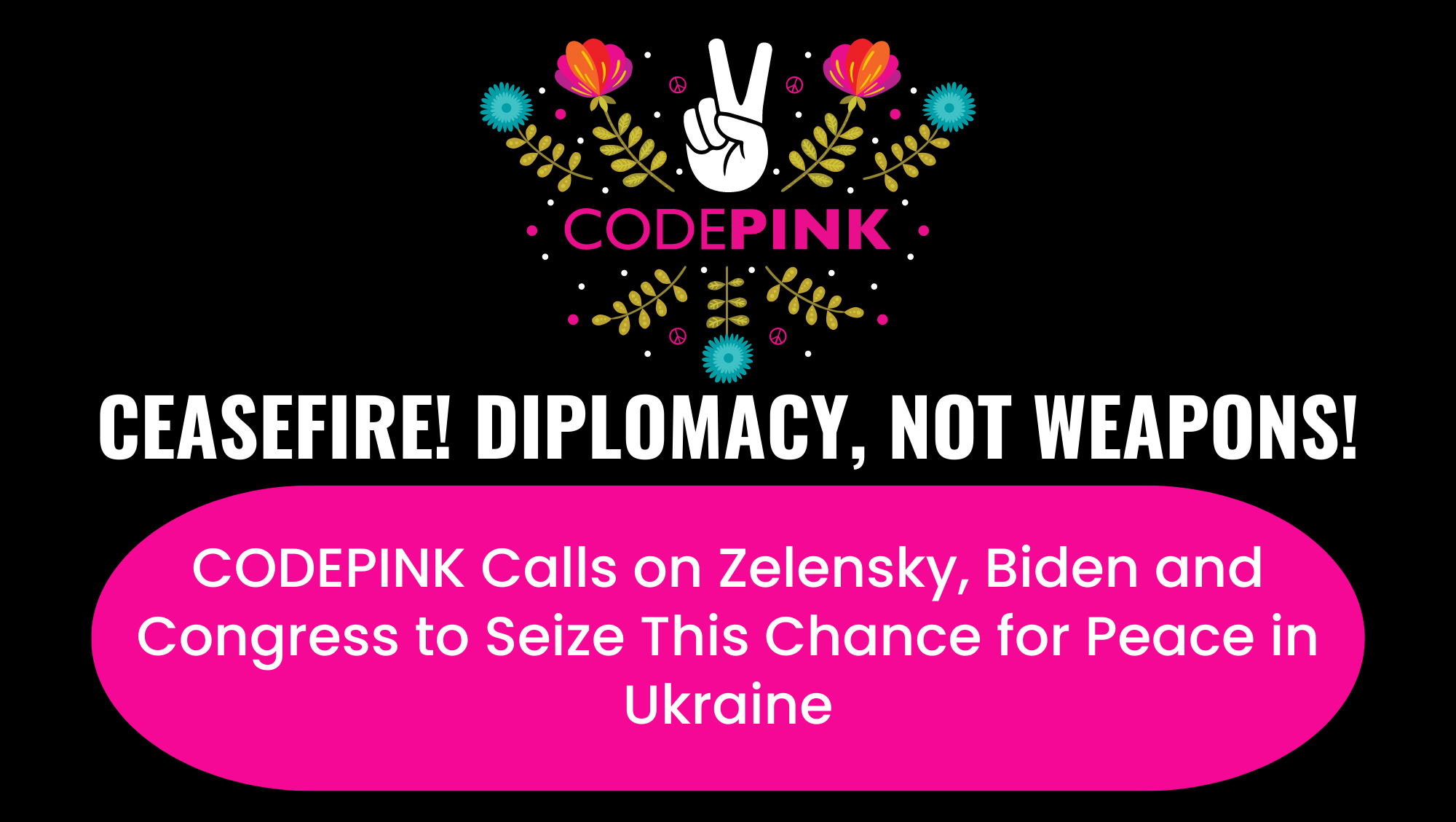 CODEPINK Calls on Zelensky, Biden and Congress to Seize This Chance for Peace in Ukraine

On the heels of Russian President Putin ordering troops to observe a ceasefire in Ukraine over Orthodox Christmas, CODEPINK calls on Ukrainian President Zelensky, President Biden and the U.S. Congress to also support a ceasefire that could pave the way for a diplomatic settlement. CODEPINK urges Zelensky to reconsider his rejection of Putin’s truce order, which Zelensky described as a “cynical trap.”

Putin’s support for a Christmas truce followed the Russian Orthodox Church’s plea for a ceasefire, as well as a statement, signed by over a 1,000 US faith-based organizations, in support of a Christmas truce, similar to one that arose spontaneously in the trenches of World War I when in 1914 German and British soldiers along the Western Front put down their arms to jointly celebrate Christmas.

CODEPINK Co-founder Medea Benjamin said, “This Christmas truce from Russia’s side is a tiny ray of light in a horrific war. Ukraine should seize the moment and join the truce, and from there all sides need to move to the negotiating table without preconditions. The entire world is crying out for an end to this war. This could be the beginning of a true dialogue.”

CODEPINK’s Marcy Winograd, who coordinates the Peace in Ukraine Coalition, said, “A truce would set the stage for a negotiated peace to end a US-Russia proxy war that threatens nuclear catastrophe. It is incumbent upon Congress and the White House to acknowledge there is no military solution and appeal to Zelensky to support this truce.”

In December, CODEPINK, Fellowship of Reconciliation and National Council of Elders sent the White House Office of Faith-Based and Neighborhood Partnerships the truce statement signed by ministers, priests, rabbis and imams in hopes of ending the fighting that has taken thousands of lives, displaced millions, further degraded the climate and worsened global hunger.