CODEPINK Responds to Trump Troop Withdrawal: Bring ALL US Troops Home from Iraq, Afghanistan and Syria 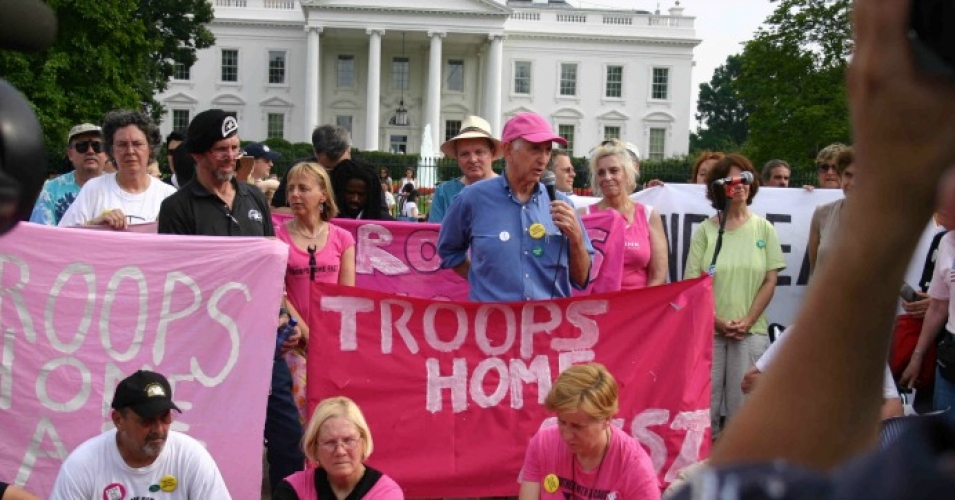 We welcome the Trump administration announcement that US troops in Iraq will be reduced from 5,200 to 3,000. Anytime US troops are brought home from ill-conceived overseas adventures is a step in the right direction. But the American people want AN END to these endless wars, not a reduction. The same goes for the Iraqi Parliament, which voted for a complete withdrawal of all US troops from their country following Trump’s January killing of Iran's elite Quds Force commander, General Qassem Soleimani, and Abu Mahdi al-Muhandis, deputy of Iraq's militia Hashd al-Shaabi—a reckless and illegal action that almost brought us into a war with Iran.

Trump’s announcement gives no indication when the remaining 3,000 troops will leave Iraq. Marine General Frank McKenzie, the head of US Central Command, said that the remaining US forces will continue advising and assisting Iraqi security forces in their fight against the remnants of ISIS. Secretary of State Mike Pompeo has said that a full withdrawal of U.S. troops would only occur once “we can complete the mission” and Fox News quotes an unnamed top U.S. general for the Middle East saying that the U.S. will keep a smaller but enduring presence in Iraq. That sounds to us like a continuation of endless wars.

The news is reporting that Trump will soon make a similar announcement about reducing US troops Afghanistan from 8,600 to 4,000. There, too, reducing troops is not the same as ending wars. The same is true in Syria. Trump had promised back in October 2019 that he was taking US troops out of Syria, but 600 remain there today.

Though Trump has withdrawn several thousand troops from Iraq and Afghanistan, he has ordered nearly twice as many as that — about 14,000 more troops — to the Persian Gulf region in the past year or so

Trump’s Iraq announcement, and the timing of it, is a recognition in this election season that the American people are sick and tired of two decades of destructive, costly and senseless wars in the Middle East. Trump is trying to convince voters that he is now following through on a campaign promise that he failed to keep in four years and will not fulfill with half measures.  His promise was not to REDUCE the US footprint, but to get US boots out. Period. He should make good on that promise by bringing all the troops home.