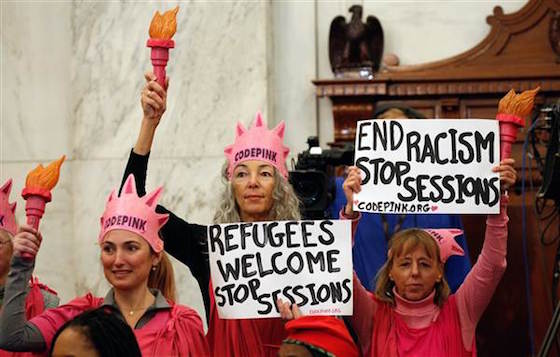 Wednesday May 3, 2017, Washington, D.C. - CODEPINK members Tighe Barry, Desiree Fairooz, and Lenny Bianchi were found guilty of disorderly conduct for their presence in the confirmation hearing of Senator Jeff Sessions on January 10, 2017. The three attended the hearing with other members of CODEPINK to support the values of equality and justice.  During the hearing where Mr. Sessions was falsely portrayed as a champion of civil rights. Tighe Barry and Lenny Bianchi, the male defendants, stood up before the hearing started, dressed as Klu Klux Klan members with white hoods and robes, and greeted the senator in a parody designed to highlight Sessions racist history.  Mr. Barry and Mr. Bianchi were removed from the room and placed under arrest, even though the gavel had not yet gone down in the hearing room, prior to which time, expression of opposition in the form of signs is allowed in the room. Shortly into the hearing Desiree Fairooz, emitted a reflexive gasp upon hearing Senator Richard Shelby (R-AL) say Mr. Session's record of “treating all Americans equally under the law is clear and well-documented.”

“As an American who loves the constitution and the rule of law, I felt compelled to be present with my protest of the nomination of Senator Jeff Sessions who was being considered as the number one law enforcement officer in the country,” said Tighe Barry. “His nomination and confirmation as Attorney General make a mockery of our judicial system and our constitution in general. Time has shown that our concerns were valid. Session is a terrible attorney general and is already setting back progress this country has made in the area of civil rights and race relations.”

Since CODEPINK formed to stop the Iraq war, we have continuously been in the halls of congress and in the streets standing up against war, militarism, and hatred. That our members were convicted for peacefully protesting and speaking truth to lies hatred and racism of Jeff Sessions is an affront to justice," said CODEPINK campaign director, Ariel Gold commenting on the verdict. 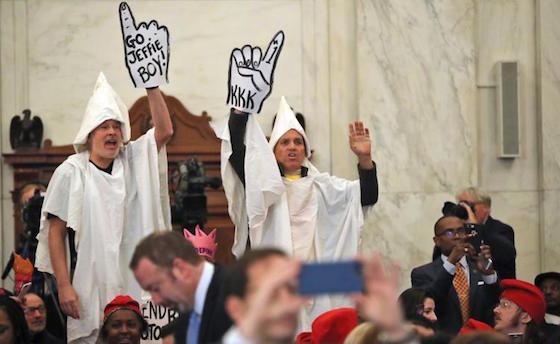 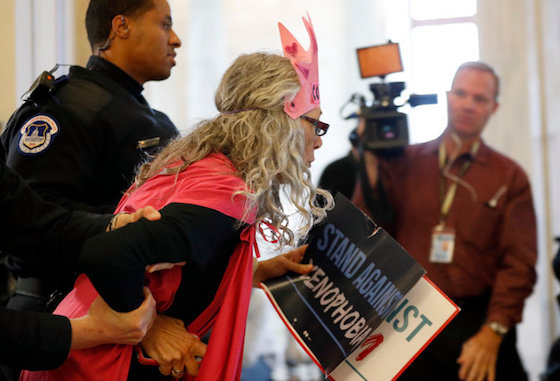