CODEPINK Denounces Elliott Abrams’ Appointment as the Next U.S. Special Representative for Iran 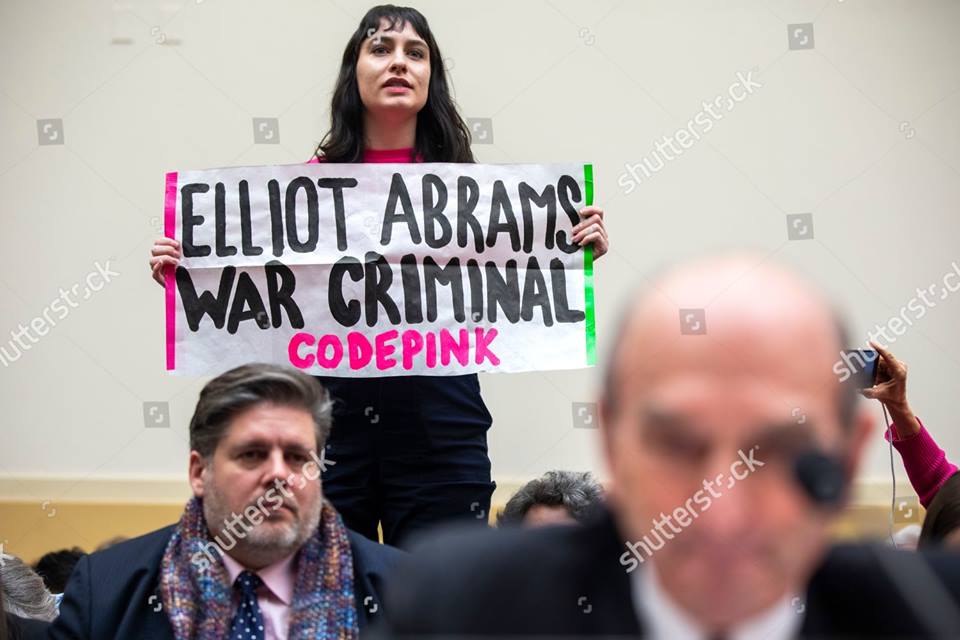 The appointment of Elliott Abrams to replace Brian Hook as the next U.S. Special Representative for Iran is another low point for the Trump administration’s disastrous policy towards Iran. The dangerous conflict resulting from Trump’s withdrawal from the nuclear agreement will be exacerbated by a man committed to Washington’s failed policies of regime change, including in his present-day position as Trump’s representative for Venezuela.

Elliott Abrams has made a career of lying and committing criminal acts that have led to the death and suffering of innocent people from Guatemala to Iraq. He embraces militarism, covers up for gross human rights abuses, and has a history of supporting authoritarian regimes.

Abrams has now been appointed as the U.S. envoy for Iran, managing a situation that is already a tinderbox, with the Iranian people suffering immensely from U.S. sanctions. Rather than receiving this new position, Elliott Abrams should be barred for life from government positions and recognized as the war criminal that he is.