BREAKING: CODEPINK co-director tackled by Guaido opposition while trying to feed those blockaded in Venezuelan Embassy 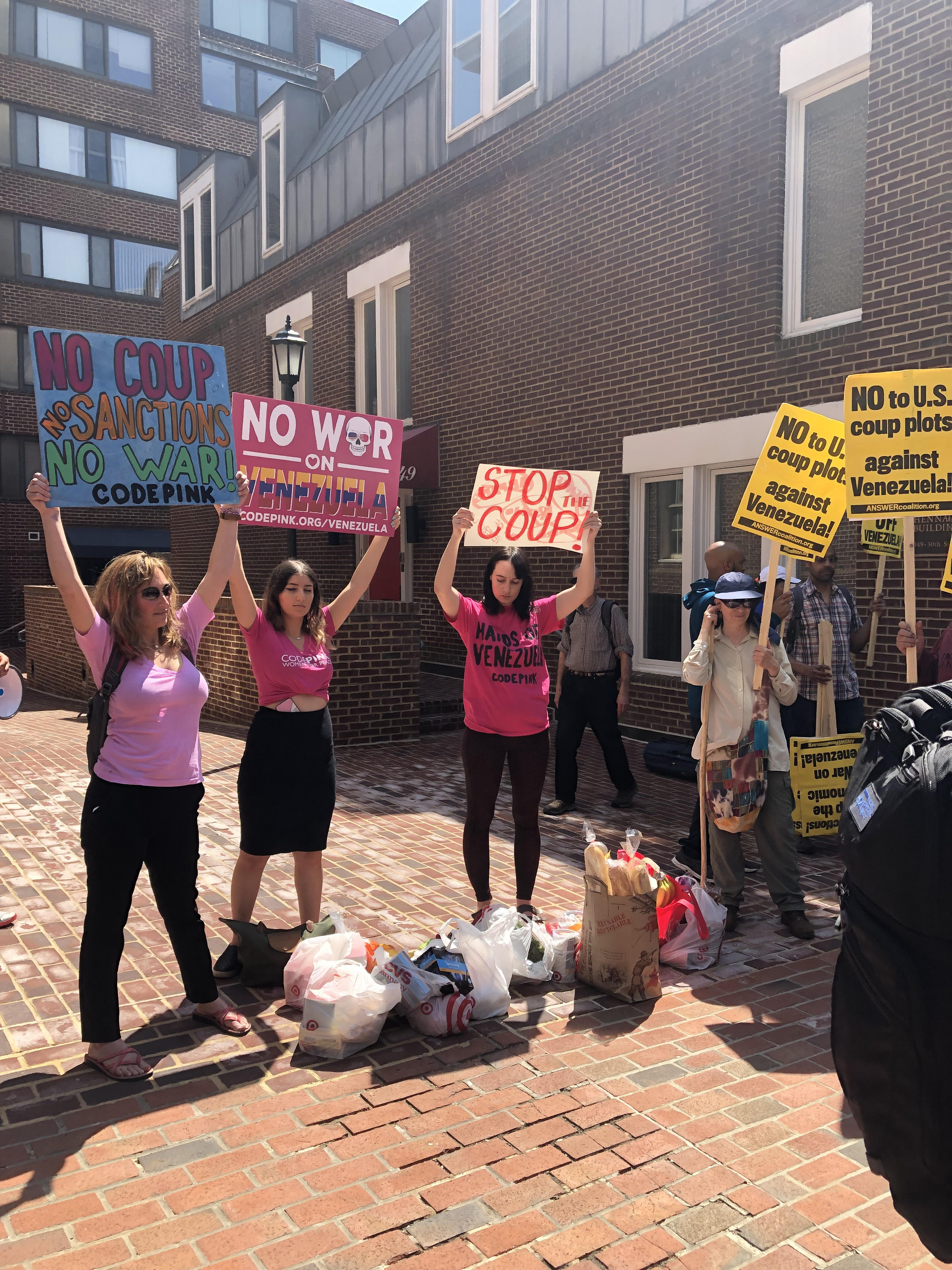 CODEPINK Co-Director Ariel Gold with supporters at the Venezuelan Embassy.

Washington D.C. May 2, 2019 - A peaceful gathering outside of the Venezuelan Embassy in DC was disrupted when CODEPINK co-director Ariel Gold began throwing food up to the group inside the embassy who have been without food for a day.  The Guaido opposition are camped out at the door blocking the entrance for food and medicine for those living inside.

As Ariel was throwing the food onto the balcony she was tackled to the ground by an opposition member and both were arrested by the police. Another CODEPINK activist began throwing more food up and was then arrested.

The people inside the embassy are being starved of food and medicine like those inside Venezuela from US sanctions.

CODEPINK Co-Director Ariel Gold being arrested for delivering food and medicines to supporters inside the embassy. 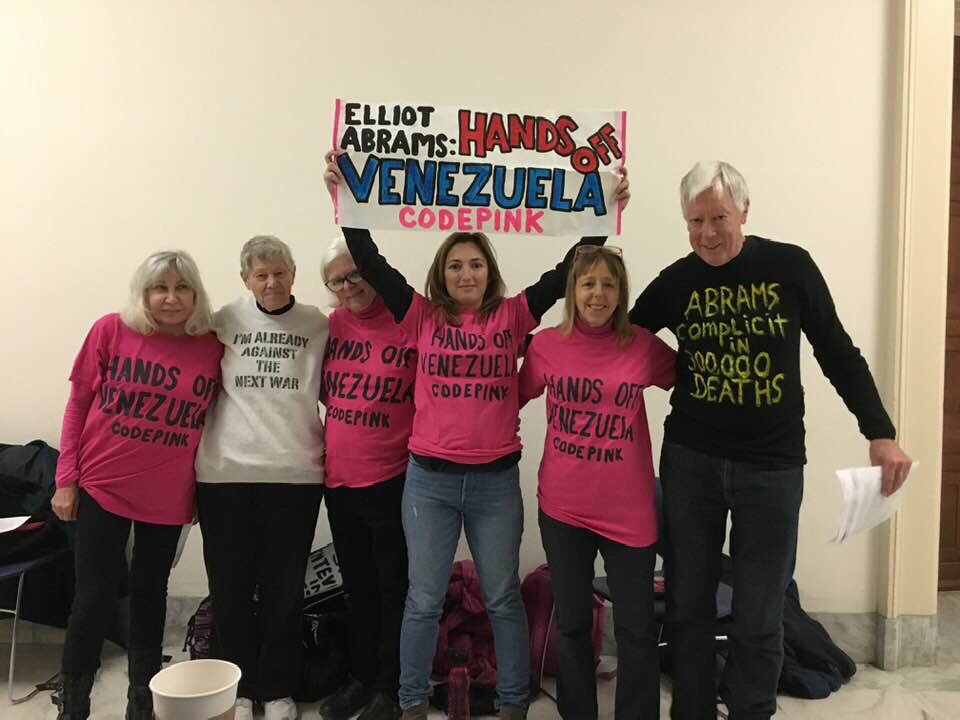