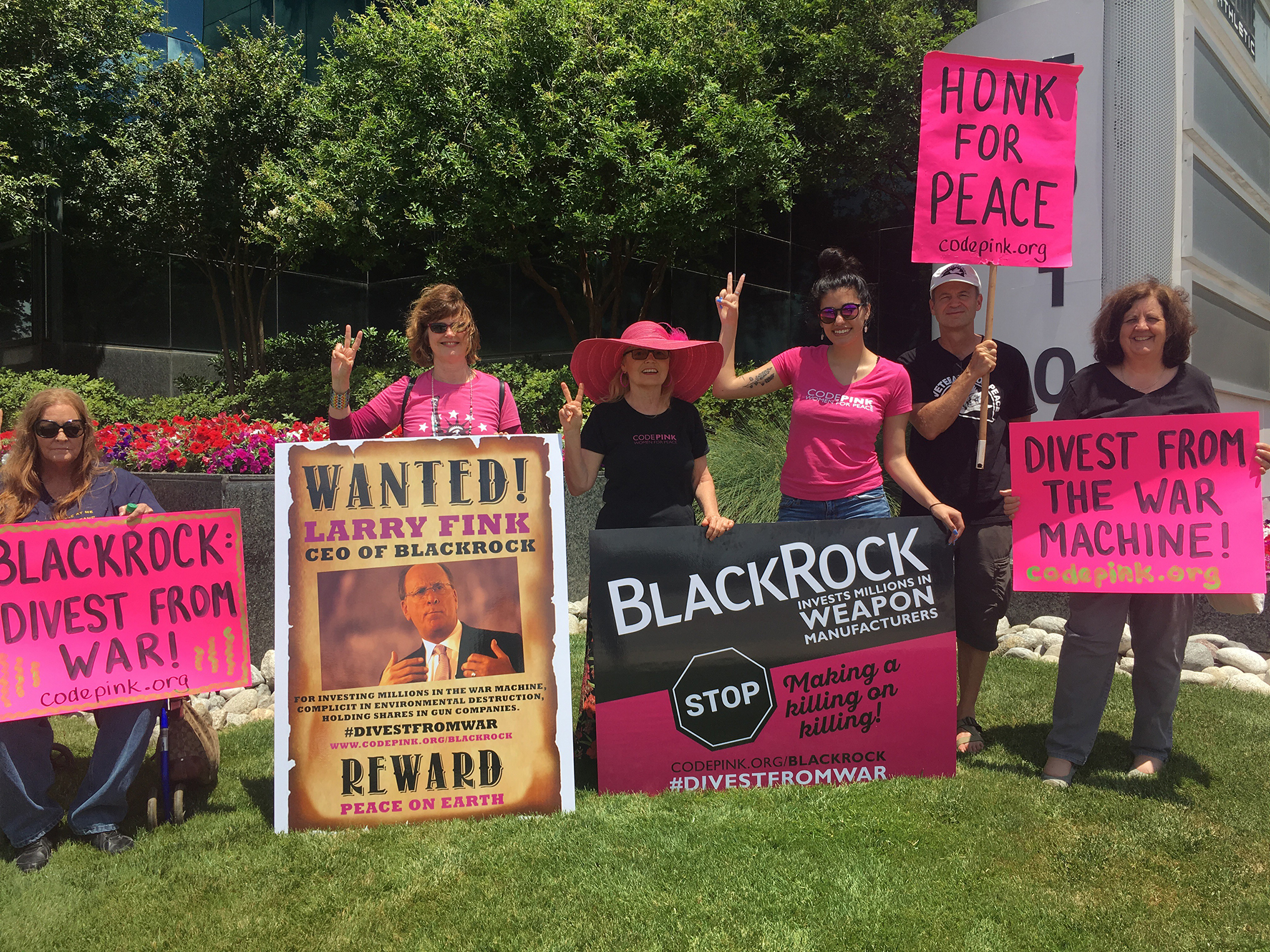 A coalition of eighteen diverse organizations will protest outside the BlackRock annual shareholders meeting. They will be protesting the world's largest shadow bank for its practice of investing in the most morally corrupt companies in the world including weapons manufacturers, private prison contractors, and pharmaceutical and oil companies, all of which focus on putting profit for the blinded elite investor class before the people's needs in the U.S. and around the world. Simultaneous protests will be held outside BlackRock offices in Boston, San Francisco, and Santa Monica, CA.

"Money isn't just money if it's used to kill children from Mexico to Palestine. If you hold a share in the world's largest investor in weapons,  BlackRock, you are complicit in making a Killing on Killing," states Zena Sawaged, CODEPINK organizer. "So, when will the CEO of BlackRock, Larry Fink, wake up and take responsibility against such human torture? And, when will he wake up and start divesting from the war machine?"

BlackRock is the largest asset manager in the world, controlling more than 5 trillion dollars in assets. One of BlackRock's iShares ETFs is exclusively dedicated to "defense spending" and it is estimated at 1.5 trillion dollars. In other words, it is an investment fund that exclusively profits off weapons of war.

BlackRock is also the third largest investor in the biopharmaceutical company Gilead Sciences, with a 5.25% holding that totals 4.3 billion dollars. Gilead Sciences' recently hiked its price of 14 medicines by 4.9%, including those that treat and prevent HIV, hepatitis B, and cancer. These are medicines which already earned a total over 16 billion dollars in profit in 2018.

"BlackRock's greed and price gouging results in the denial of treatment and prevention to those who need them. These restrictions also dramatically limit access to care for people with HIV and hepatitis C," explains Emily Sanderson, an organizer with ACT UP New York. "BlackRock is feeding directly into Gilead Sciences' greed, and therefore profiting from putting the lives of the poor, the working-class and the marginalized people of America at risk."

Corporate accountability must extend to those who hold the shares of these companies. BlackRock claims to hold companies “accountable” while continuing to profit off the most morally corrupt companies in the world.