Call your Senators to vote NO on the NDAA! 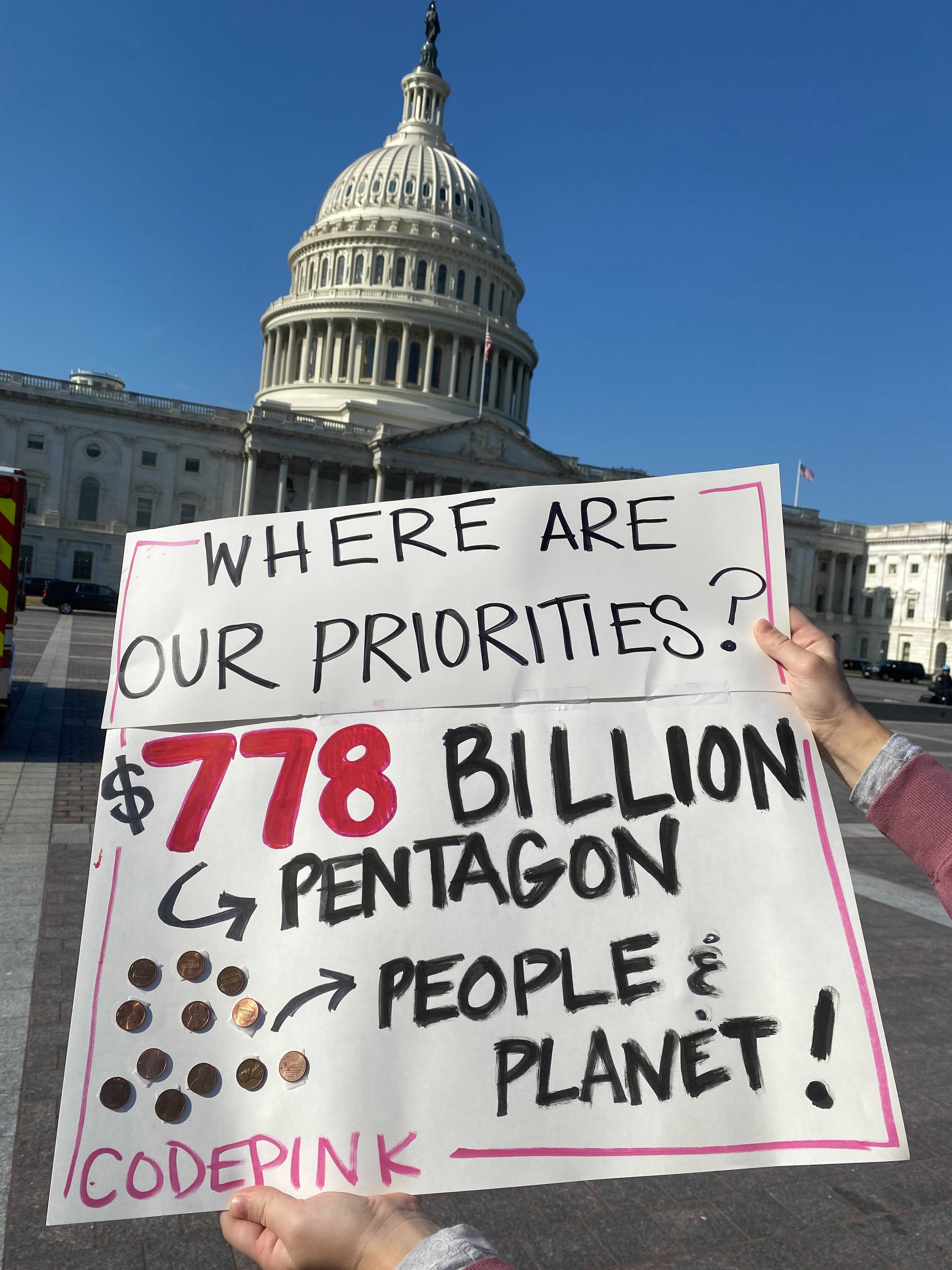 We're grateful for Senator Bernie Sanders who has pledged to vote NO on the $778 billion Pentagon budget.

Have your Senators pledged to vote NO?

🚨This is urgent 🚨 a vote on this legislation could happen any time now!

Friends, Call and Email your Senators NOW and tell them to follow in Bernie’s footsteps and vote NO on the $778 billion Pentagon budget.

As if $778 billion wasn't enough, Senator Wicker (R-MS) has introduced an amendment calling for an additional $25.3 BILLION, bringing the Pentagon budget total up to $803 BILLION

We can’t let Senators approve such an ENORMOUS Pentagon budget.

It’s urgent that you call and email your Senators and tell them to vote NO on this outrageous Pentagon budget NOW. 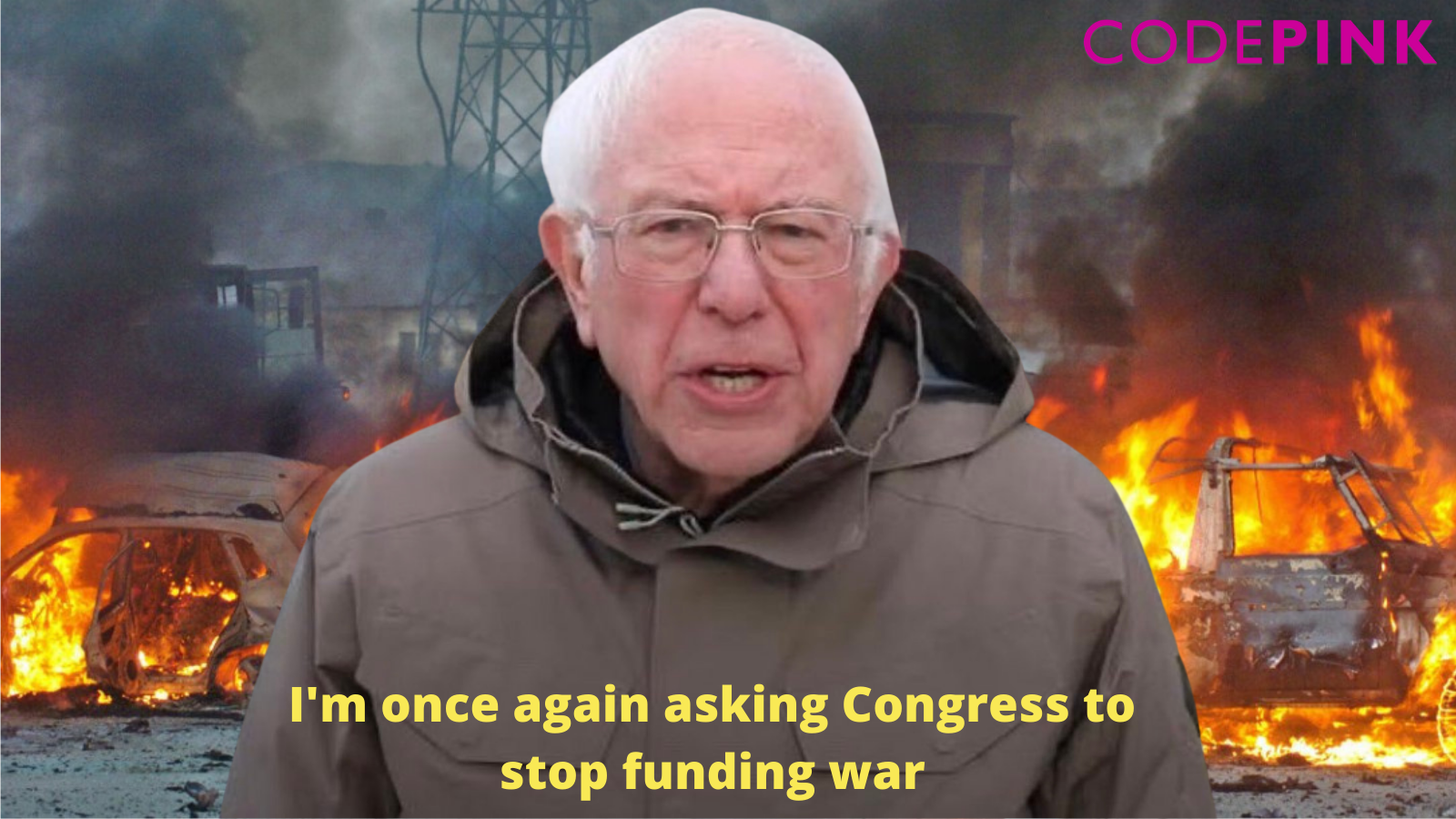 Earlier this year, YOU helped keep over $25 billion of secret Pentagon funding out of the infrastructure bill. We did it then and we CAN do it again! That’s why you’re invited to join CODEPINK for an urgent CODEPINK Congressional Call-in Party on Tuesday November 30th at 5PM PT/8PM ET. On this call, we’ll hear from CODEPINK National Co-Directors Ariel Gold and Carley Towne, #CutThePentagon national organizer Olivia DiNucci who will bring you the latest update on the National Defense Authorization Act. Then, we’ll all take action together. RSVP here!

It is unconscionable that our Senators are seriously considering a $778 billion Pentagon budget when they refuse to spend just a fraction of that on healthcare, education, and green jobs. It’s time they hear from all of us: we can’t afford the $778 billion Pentagon budget, we CAN afford healthcare, education, and green jobs! Contact your Senator now and join the CODEPINK community on Tuesday, November 30 for our urgent Congressional Call-In Party

Towards a weapon-free world

P.S.- Join CODEPINK for our URGENT Congress Call-in Party on Nov. 30 to tell the Senate to vote NO on the NDAA! RSVP here.

P.P.S- Looking for a gift that gives back? Buy your very own "Make Out NOT War" T-shirt for your loved ones to support our work at CODEPINK!