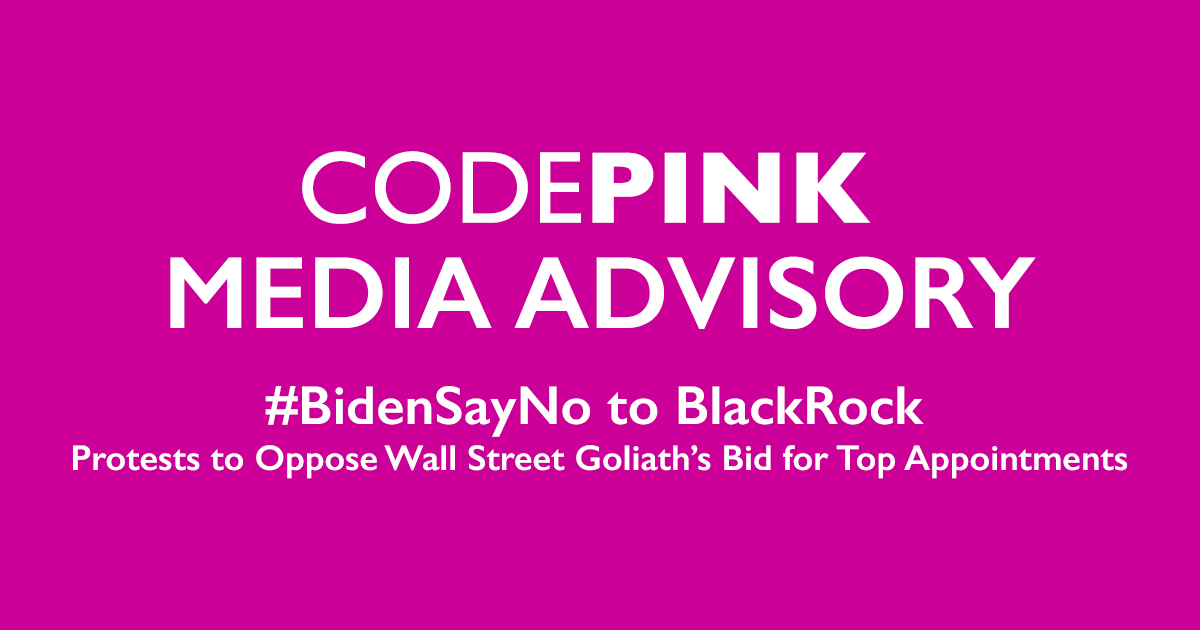 What: BlackRock’s executives are reportedly short-listed for top positions within a potential Biden Administration, leading activists to protest outside the Wall Street goliath’s offices to urge Biden not to appoint such conflict-ridden insiders if he wins the election.

In particular, BlackRock CEO Larry Fink and Global Director Brian Deese are being pushed for Treasury Secretary and as a top White House climate and energy policy advisor. Climate hawks have increasingly been expressing concerns about Biden working with advisors who have ties to the financial and fossil fuel industries.

In January, BlackRock, which controls $7 trillion and is the world’s top investor in fossil fuels, made headlines announcing it would put sustainability at the core of its investment strategy. Yet their announcement has proven to be, in effect, hot air, with the company continuing as the world’s top investor in fossil fuels and continuing to vote against climate action as a top global shareholder.

In addition to protesting the global giant’s inaction on climate, protesters will also highlight the company’s funding of weapons manufacturers and racial injustice. The protesters will make photogenic images while maintaining social distancing and mask-wearing.

Where: In front of BlackRock offices as follows:

and Banner “Biden Say NO!”

Visuals: Signs and banners: “BlackRock says it cares about racial justice, but invests in tasers; Divest from war; BlackRock says deforestation is a risk, but takes no action and violates human rights”

Visuals: Signs “Biden Say NO!, BlackRock is Ballooning;  BlackRock says it cares about racial justice, but invests in tasers; Divest from war; BlackRock says deforestation is a risk, but takes no action and violates human rights”