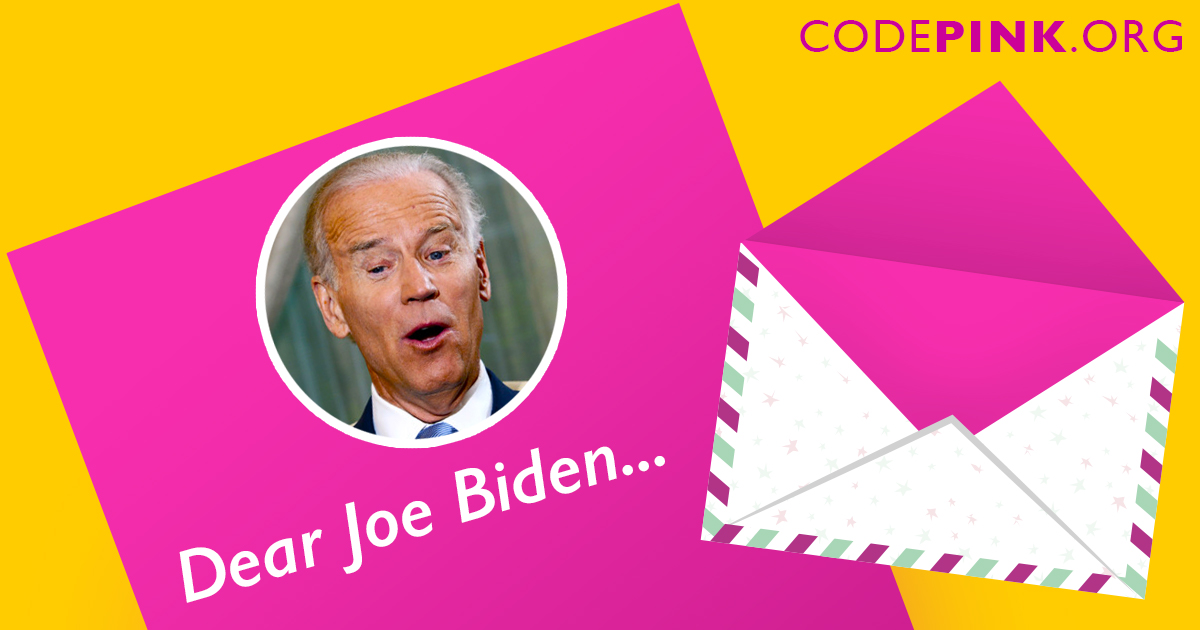 The American public is making it clear: our country must stop enabling Israel’s continued violations of human rights. But presumptive Democratic candidate for president, Joe Biden, recently released a combative out-of-touch statement where he bragged about increasing US military assistance to Israel. Even though he claims to oppose annexation, his senior policy advisor has stated that under no circumstances, not even annexation, would he consider cutting the $3.8 billion we give Israel annually.

We are appalled that Biden has such a regressive view on the Palestinian struggle and we aren’t alone: over 100 organizations have signed this letter to the presumptive Democratic presidential nominee (and President Trump), calling for a just and principled policy toward the state of Israel and the Palestinian people. Read the letter, note all the signers, and add your name now. Tell Joe Biden to support Palestinian human rights, not Israeli apartheid!

The United States has been aiding Israel’s oppression of Palestinians for decades, including by giving the Israeli military billions of dollars for their human rights abuses. But, despite this, support for Palestine has been steadily growing among the American people. Just as Americans are fighting for an end to racism and militarization at home, so, too, are we fighting for an end to apartheid and violence in Palestine. If Joe Biden hopes to win the support of young, progressive, anti-war voters, he must listen to our demands, reconsider his support for Israel, and adopt the policies of a president for peace.

More than 100 organizations, representing millions of Americans, have already signed on in agreement. We have already delivered the letter with the organizational signatures to the Biden (and Trump) campaigns and will deliver your signatures as well as soon as we reach 10,000. Tell Joe Biden: It’s time for a justice-based policy toward Palestine. No more unconditional support for Israel!

We at CODEPINK have spent years supporting Palestinian human rights, from working to free Palestinian political prisoners to pressing the US government to cut off military aid to Israel. As we prepare for the 2020 presidential election, we are demanding a candidate who cares as much about the people of Palestine as we do. We hope you’ll join us.