Biden: Get ready for us… 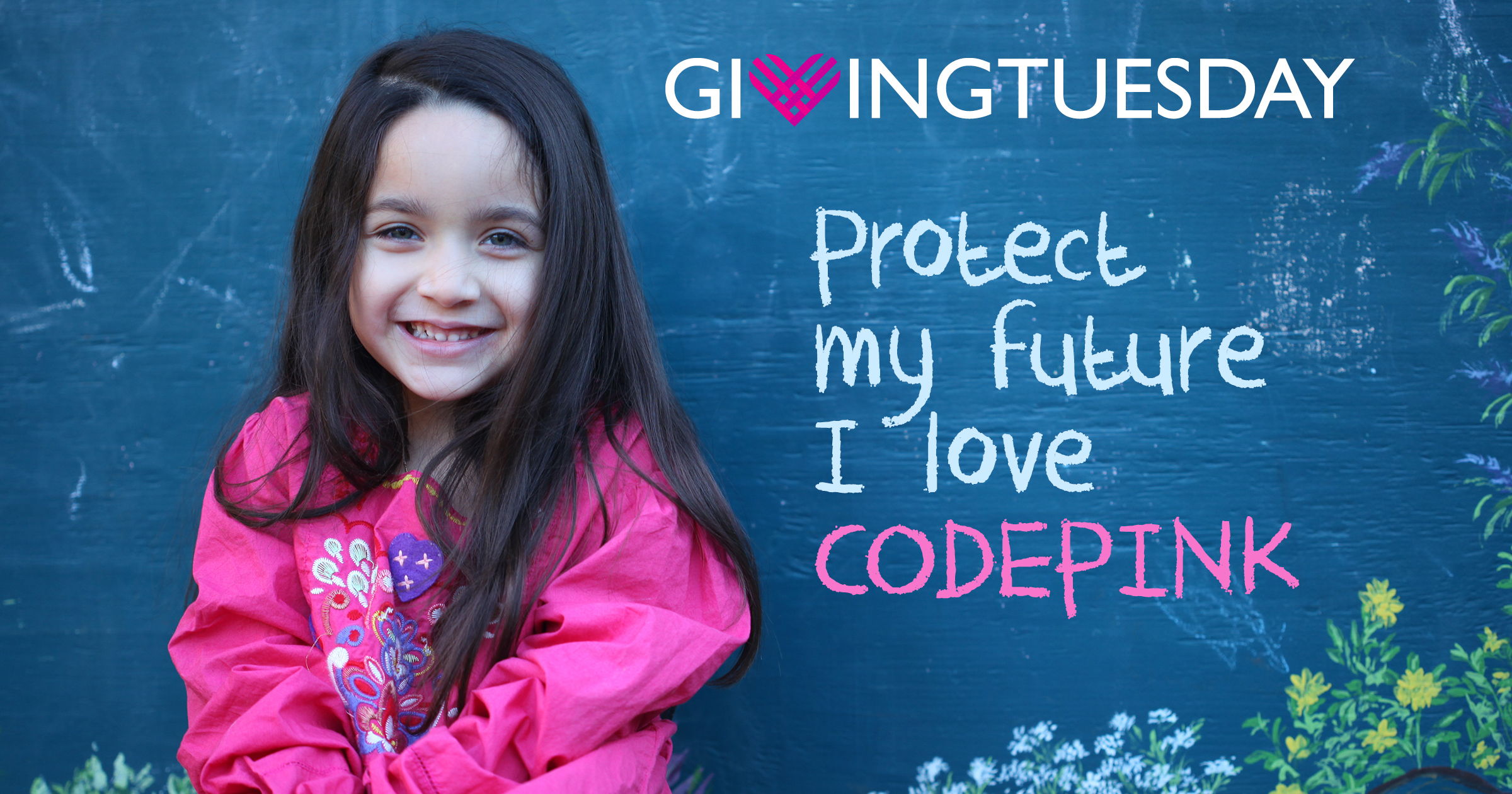 Wow — what a year it’s been! From the dumpster fire that is the Trump administration, to the pandemic which has shamefully taken countless lives — we are facing one of the most challenging moments in history.

But there is light at the end of this dark tunnel, and our amazing community is here for all of it. From common-sense policy demands, to edgy media stunts, to peace delegations — CODEPINK is gearing up for an exciting year ahead (see below!), and none of it would be possible without you.

With Giving Tuesday just one week away, a generous donor has agreed to match donations up to $10,000. This means that each of our donations will have twice the impact! Will you chip in to help supercharge CODEPINK’s work in 2021?

And we’re not just about ending wars in the Middle East — our brilliant team has put forward a vision for how the US should treat its neighbors in Latin America called the Good Neighbor policy. Even Senator Bernie Sanders' office has sent us positive feedback on it! Now we’re gearing up to make this common-sense policy famous — from inside the halls of Congress to people’s dinner tables — we’re going to keep up the pressure until we finally get the culture and policy change we urgently need to be more just and peaceful towards our neighbors in Latin America.

Joe Biden has promised to return our country to “normal.” But does “normal” mean kowtowing to weapons manufacturers, retaining bloated Pentagon budgets, continuing support for Israeli apartheid, imposing neoliberal policies on Latin America, and creating a new conflict with China?

Absolutely not! We have to redefine “normal” as a country that stops arming human rights abusers, acts like a good neighbor to Latin America, stops the new cold war with China, and ends wars and weapons for profit. That’s why in the coming weeks, CODEPINK will pull out all the stops to get Senator Barbara Lee’s bill passed, which would cut Pentagon funding in half!

Will you help us take on the Biden administration in 2021? With donations being matched for Giving Tuesday, even the price of a cup of coffee could go a long way!

And we’re not just focusing on Biden and Congress. Our Divestment team is cooking up a plan to go hard on BlackRock this year and to end Girl Scouts of America’s relationship with the toxic weapons manufacturer Raytheon.

Recognizing the stranglehold of the toxic, male-dominated, military-industrial complex, we spent the past year gathering thinkers, educators, activists, and leaders from around the world to illuminate what a feminist foreign policy could look like. In 2021, we will continue hosting thought-provoking webinars with inspirational, forward-looking thinkers, working directly with Women’s and Gender Studies Departments in universities, and collecting teaching tools in our Feminist Foreign Policy digital library.

With your help, we will be leading forward to bring a just and principled feminist foreign policy into being. We thank you for engaging with us to change the culture of this country from a culture of war to a culture of peace!