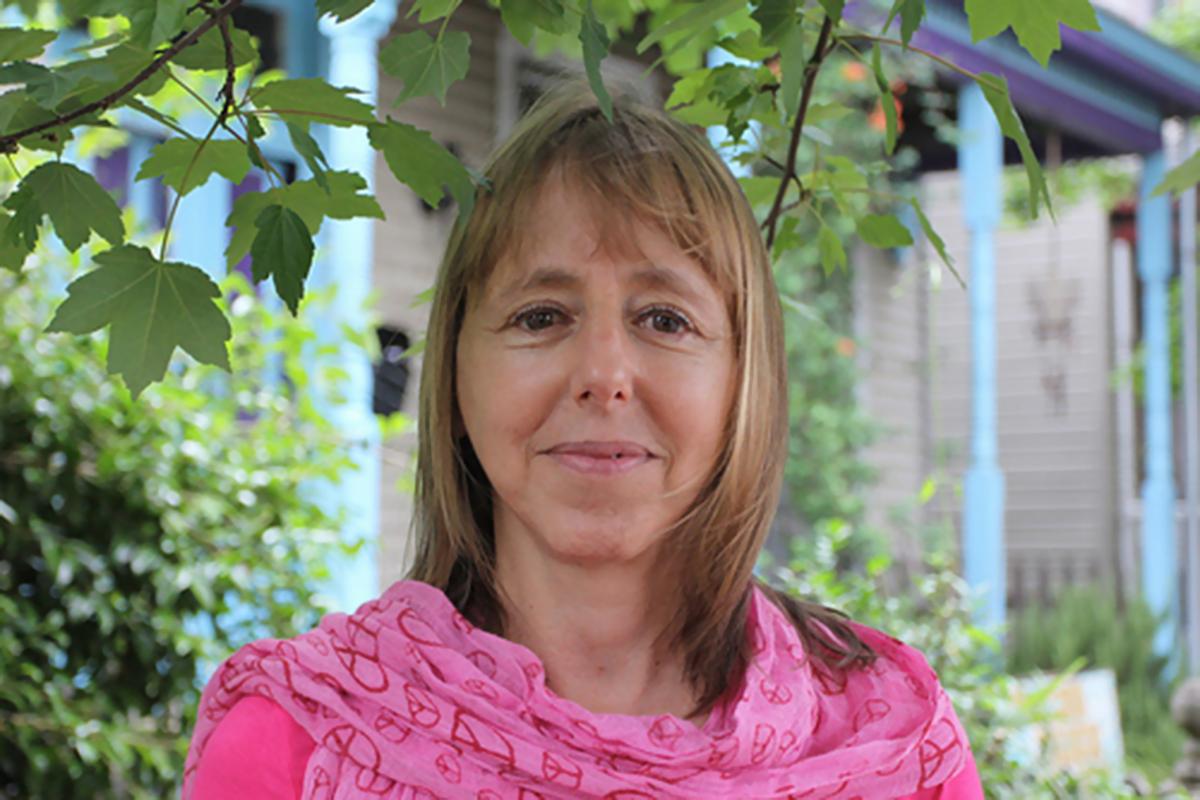 I write to nominate Medea Benjamin for the 2017 Nobel Peace Prize.  Medea is the co-founder of the women-led peace group CODEPINK and the co-founder of the human rights group Global Exchange.  While her anti-war work dates back to her high school years during the Vietnam War in the l960s and continued in Africa and Central America in the l970s and l980s her most important recent work has been in response to the 2001 9/11 attacks in the United States.

When the Bush Administration responded to those attacks by invading Afghanistan, Medea took 9/11 family members to Afghanistan to meet with the innocent victims of US bombing, then brought the 9/11 families to Washington over and over again to lobby for a compensation fund for the Afghan victims, something they achieved in 2005.

Determined to stop the invasion of Iraq, Medea cofounded, with Jodie Evans, the women’s peace group CODEPINK and began a 4-month daily vigil (including a one-month fast) in front of the White House.  She was also a founder of the broad US-based coalition of l,500 groups called United for Peace and Justice that coordinated anti-war activities throughout the United States.  Globally, she was one of the initiators of the 2002 World Social Forum call for a global day of action against the invasion of Iraq on February 15, 2003.  The huge success of this call can be seen in the documentary We are Many, chronicling the hundreds of massive protests the world over.  Unable to prevent the Iraq invasion, Medea and her colleague Jodie Evans, together with women in Iraq, set up the Occupation Watch Centre to chronicle the activities of US/Coalition forces in Iraq.  This Centre documented and spoke out against the torture and abuse in the Abu Ghraib prison long before the international media publicized abuses.

CODEPINK also spoke out early on against the treatment of prisoners held captive in Guantanamo, including protesting at the site of the prison in Cuba, organizing hunger strikes to highlight the plight of prisoners, and meeting with family members in Pakistan, Yemen and other Gulf states to publicize the stories of their loved ones being held in prison.  When US warfare in the Middle East turned from deployment of soldiers to the use of killer drones, Medea was on the forefront of the anti-drone movement.  She wrote the book ‘Drone Warfare:  Killing by Remote Control’ in 2013 and traveled to 200 US cities educating and mobilizing the public.

­­She also organized the first-ever international drone summit and led delegations to Pakistan, Afghanistan and Yemen to meet with drone strike victims, demanding compensation for their families and public recognition by the US Government.  Her direct questioning of President Obama about drone victims during his 2013 foreign policy address was publicized throughout the world.  It helped shine a light on the innocent people killed by US drone strikes and contribute to imposing greater government controls over their use.

Medea’s most recent work has focused on the negative impact of the Western nations’ alliance with the regime in Saudi Arabia, particularly the enormous weapons sales to that nation.  Her recent book 'Kingdom of the Unjust:  Behind the U.S. Saudi Connection,' has helped galvanize a new movement opposing US weapons sales to the regime, especially in the light of the devastating Saudi bombing campaign in Yemen.

Her work for justice in Israel/Palestine includes taking numerous delegations to Gaza after the 2008 Israeli invasion, organizing the Gaza Freedom March in Egypt in 2010 and participating in Freedom Flotillas trying to break the siege of Gaza.  In 2012 she was part of a human rights delegation to Bahrain in support of democracy activists, where she was tear-gassed, arrested and deported by the Bahraini Government.  In 2015 she joined a group of 30 international women to cross the DMZ from North to South Korea calling for a peace treaty.

Benjamin is the author of nine books.  Her articles appear in outlets such as The Guardian, The Huffington Post, Salon and CommonDreams.  A sampling of recent articles is:  'America dropped 26,171 bombs in 2016 What a bloody end to Obama reign' and ‘Starving Yemeni Children, Bloated US Weapon Makers.’

I believe Medea Benjamin would be a worthy recipient of the 2017 Nobel Peace Prize as she meets the requirement in Alfred Nobel's will which call for the award to be given to true ‘Champion of Peace’ and her work for peace and disarmament and life commitments to this work is inspirational to us all.