Almost 13 years into the siege, Israel is still attacking Gaza 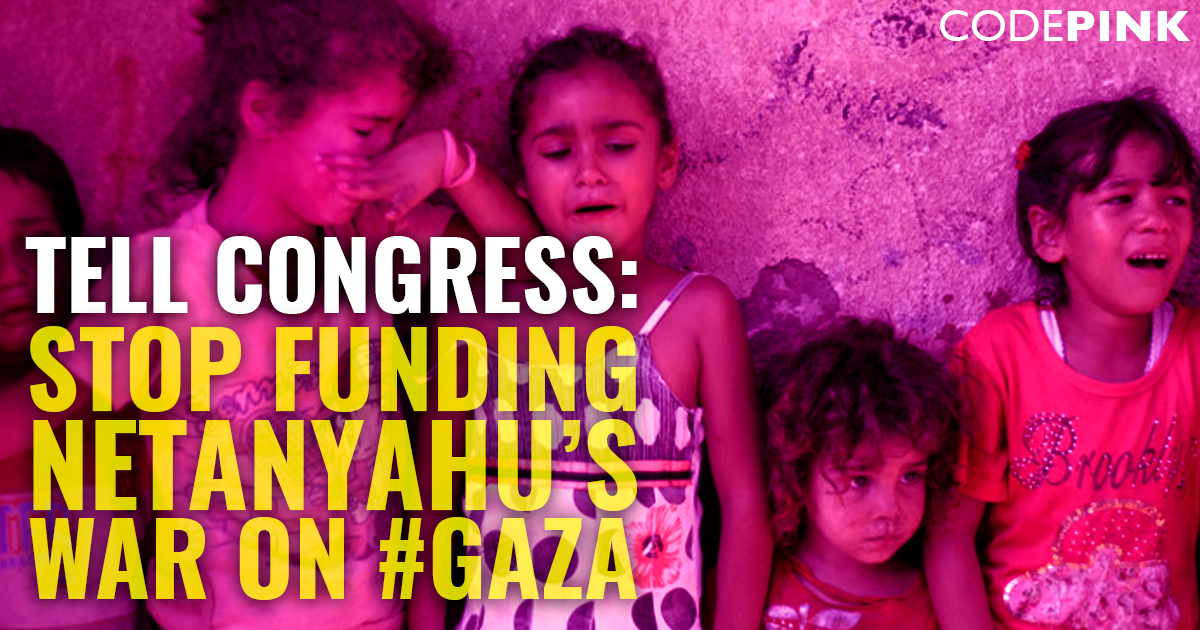 November 12, 2019 — CODEPINK condemns today’s Israeli attack on Gaza, following the assassination of the Islamic Jihad commander, Baha Abu al-Ata. The Israeli escalation is a perfect example of a long series of war crimes and grave human rights violations carried out by Israel against Palestinian civilians, in addition to the imposition of collective punishment measures through the nearly 13-year-old siege imposed on the Gaza Strip.

As of this statement’s release, Israel's latest round of airstrikes on Gaza have killed 11 Palestinians and injured more than 45. The U.S. refusal to condemn Israel, and U.S. insistence on supplying Israel with military aid, allows Israel to get away with commiting systematic war crimes against Palestinian civilians in Gaza.

“The U.S. unconditional support of Israel is effectively an open invitation for Israel to continue ignoring international law and to continue committing crimes against civilians in Palestine,” said CODEPINK co-director Ariel Gold. “The United States funds Israel’s military with $3.8 billion a year; we call on Congress and the Democratic presidential candidates to speak out against military aid to Israel. The United States must stop contributing to the murder of civilians, including women and children, in Gaza. Palestinians must be able to live in peace!”

Earlier today, Israel bombed the office of the Palestinian Independent Commission for Human Rights (ICHR). The office was severely damaged and one of the ICHR staff,  Bahjat Al-Helu, was injured. "Six years ago, I worked alongside Mr. Al-Helu at ICHR as an intern and I condemn the attack on this important human rights organization. Today's escalation in Gaza confirms the duplicity of Israel's claims about ending its military control of Gaza and proves that Israel will continue to blockade Gaza, from the air, sea, and land, if it sees these actions as politically viable.” said CODEPINK Middle East campaign director Enas AlSaffadi. “We call on the international community to hold Israel and Prime Minister Benjamin Netanyahu accountable for war crimes and continuous breaches of international law. Israel cannot be a state above the law.”