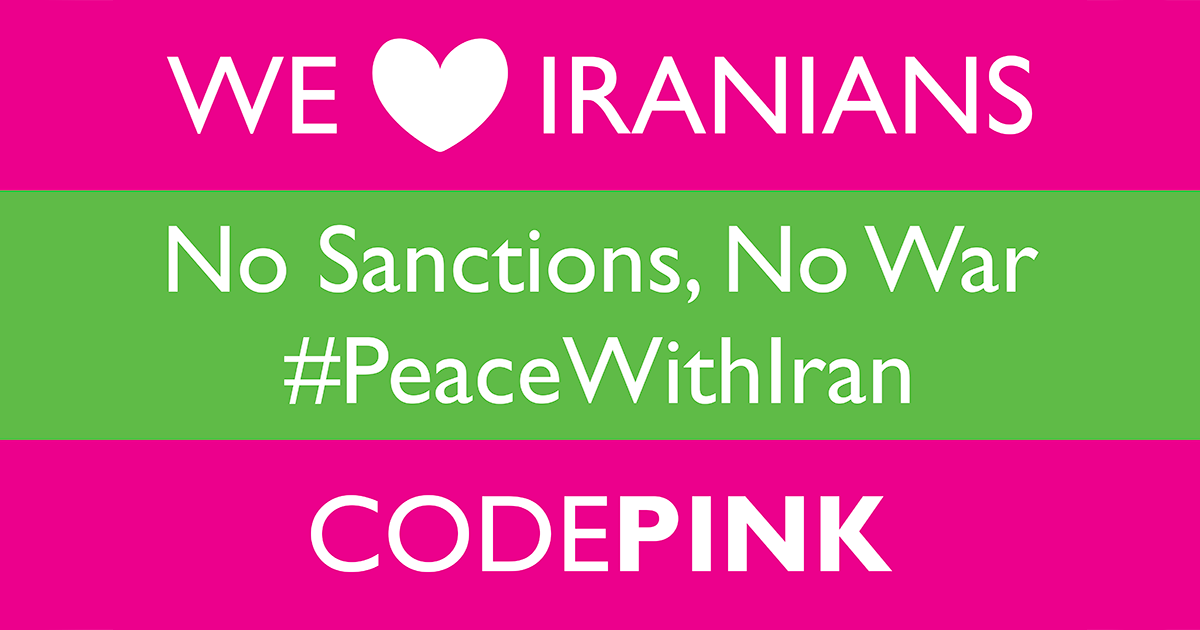 What: Protest new sanctions on Iran

Washington, DC: On November 5, the Trump Administration is imposing harsh new sanctions on Iran, designed to stop Iran from selling its oil overseas. Activists will gather outside the Treasury Department to protest these sanctions.

These new sanctions, combined with those already in place, will be disastrous for Iran’s economy. The ones most hurt won’t be the government--instead, they will most heavily impact the country’s poor and working class. Sanctions raise the prices of everyday goods and cause inflation, making it more difficult for average families to survive.

“By pulling out of the Iran nuclear deal and imposing severe sanctions, the Trump administration is not only hurting millions of Iranians but bullying businesses around the world that want to trade with Iran,” says CODEPINK’s Medea Benjamin, author of Inside Iran: The Real History and Politics of the Islamic Republic. “It is also alienating our European allies, who are trying to find mechanisms to bypass US penalties. We are disgusted by Trump’s arrogant and outrageous policy towards Iran. We call for a lifting of sanctions, support for the nuclear deal, and talks with Iran.”

Together with the National Iranian American Council (NIAC), activists with CODEPINK will gather outside the US Department of the Treasury at noon on November 5, the day the sanctions are set to go in effect. There will be speeches by representatives of CODEPINK and NIAC, as well as chants and banners calling for a lifting of the sanctions.