May 11, 2016, Brooklyn, N.Y. — CODEPINK organizer Ariel Gold disrupted a talk by Airbnb Board of Directors Member Alfred Lin at TechCrunch Disrupt - NYC at the Brooklyn Cruise Terminal Wednesday morning. As Lin was speaking to the audience Gold unveiled a banner reading “Airbnb hosts apartheid.” She asked Lin to have Airbnb stop listing homes in illegal Israeli settlements in violation of international law. Gold was ejected by the conference organizers and arrested by New York City Police. She was charged with trespassing and released with a summons to appear.

Outside, activists from CODEPINK, Jewish Voice for Peace and other human rights organizations held signs and banners reading “No Airbnb in #StolenHomes.” They handed out flyers to incoming TechCrunch Disrupt attendees asking them to tell Lin to use his influence as an Airbnb board member to have Airbnb immediately remove settlement listings from their website.

Israeli settlements contravene both international law and official US policy. By listing homes in Israeli settlements, and earning a 9-15% fee from hosts and guests, Airbnb is directly profiting from Israeli apartheid and land theft. A Human Rights Watch report published in January stated that businesses should withdraw from the settlements to end their complicity in "an inherently unlawful and abusive system that violates the rights of Palestinians." That same month, Saeb Erekat, secretary general of the Palestine Liberation Organization, sent Airbnb a letter warning that Airbnb is “effectively promoting the illegal Israeli colonization of occupied land.”

On March 10 the Stolen Homes coalition - comprised of American Muslims for Palestine, CODEPINK, Jewish Voice for Peace, US Campaign to End the Israeli Occupation, United States Palestinian Community Network and Sum of Us - delivered 140,000 signatures to Airbnb offices across the world demanding Airbnb immediately stop listing properties in illegal Israeli settlements in the occupied West Bank. After the March 10 petition delivery, Airbnb responded in the San Francisco Chronicle by calling their  business in the Occupied Palestinian Territories “complex” and stating: "people have been debating this matter for 5,000 years, so a hospitality company from San Francisco isn't going to have all the answers but at the end of the day, we want to help open the world, not close it off.” Contrary to Airbnb’s statement, Israel’s settlement enterprise is part of a decades-old military occupation that has confiscated 42% of Palestinian land for settlement construction, resulting in the loss of freedom of movement and other severe human rights abuses against the Palestinian people.  By listing rentals in Israel’s illegal settlements, Airbnb is facilitating and benefiting from the transfer of Israeli civilians into occupied territory, which is forbidden under the Fourth Geneva convention.

Alfred Lin joined the Airbnb board of directors in 2013. He is a partner at Sequoia Capital which has been a major investor in Airbnb since the company’s inception and is a sponsor of this year’s TechCrunch Disrupt - NYC conference. CODEPINK’s Ariel Gold states, “Alfred Lin’s position on the board of Airbnb makes him complicit in Israel’s human rights abuses against Palestinians. It is time for Lin and Airbnb to recognize the damage caused by settlement profiteering and immediately cease contributing to the forced displacement of Palestinians.” 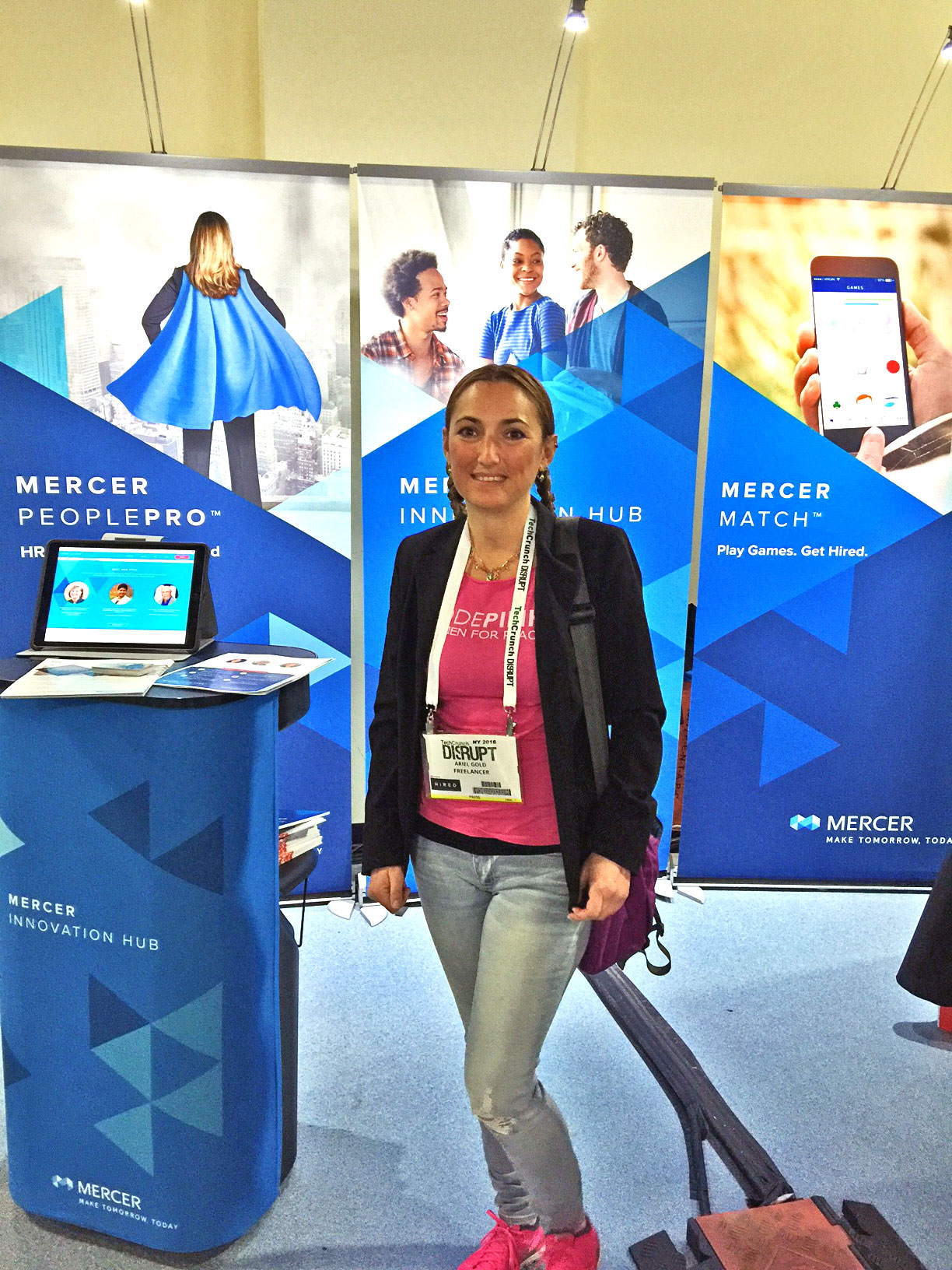