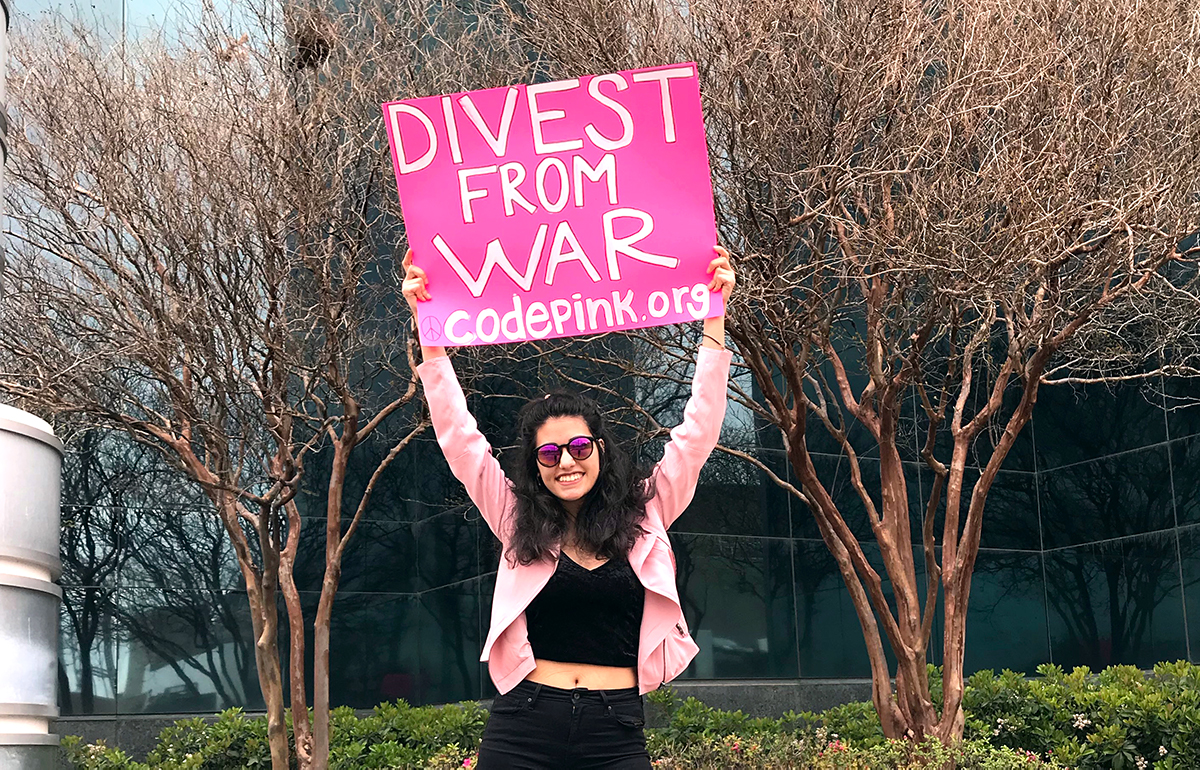 As we enter the Spring season, we need to tell Congress it’s time for them to do their part and commit to “No Money for Weapons Manufacturers and the NRA.”

Congress is home for Spring break, so grab your pink gear and show up at a town hall or public hearing in your community.

CODEPINK is committed to ending the funding of war. This past week, CODEPINK activists across the country showed up outside the offices of BlackRock — a war and gun supporting investment firm — to call on the company to divest from the war machine.

For a weapons free world,