When will BlackRock meet with CODEPINK? 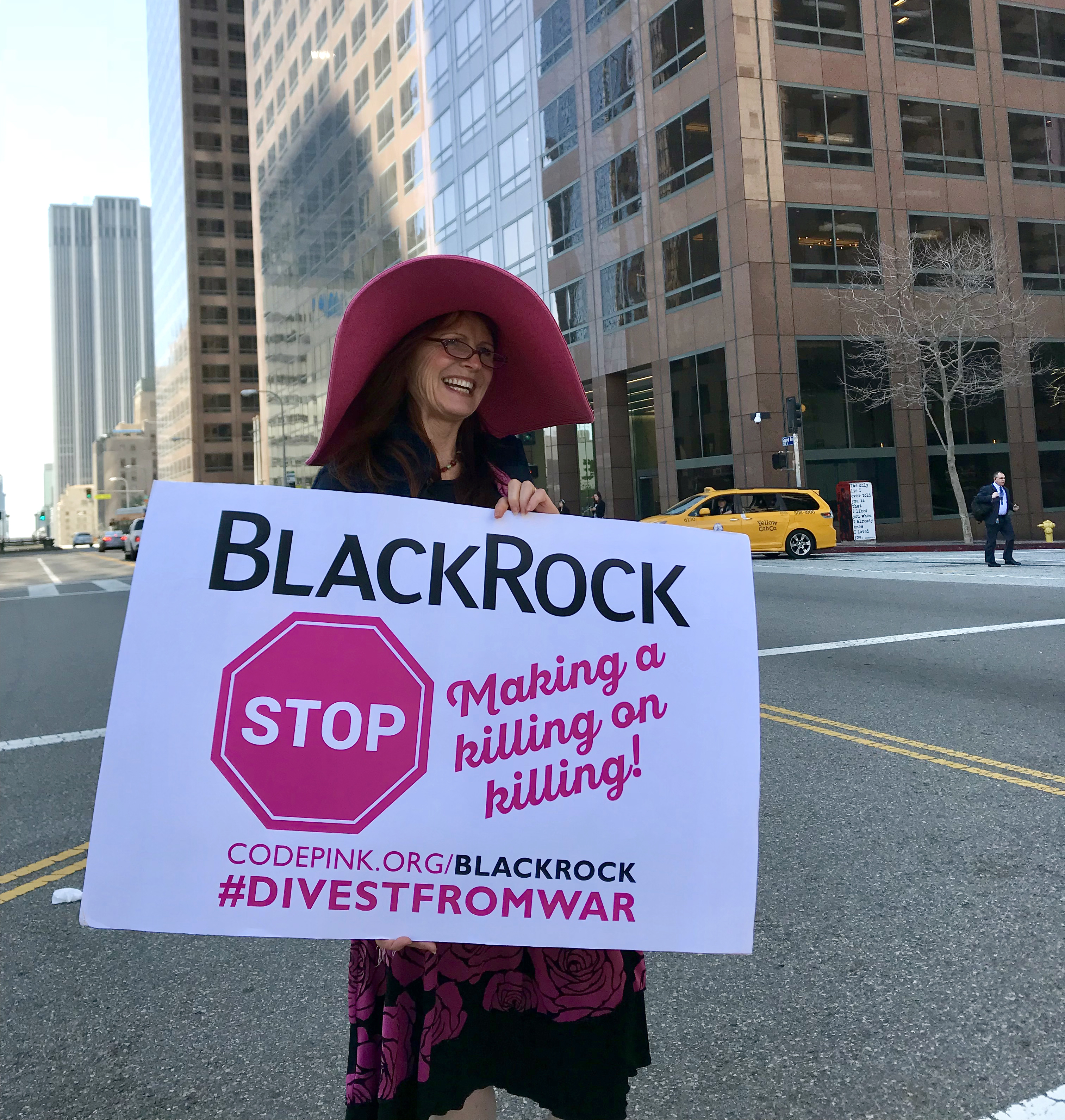 On the surface, BlackRock paints itself as an ideal firm. It’s invested in its stakeholders, provides a non-toxic work environment, and creates shared values. It’s committed to the planet and holds itself accountable when it comes to rules and regulations.

Underneath, BlackRock washes over its responsible investing and sustainable platform. Its spectrum for sustainable investing is to avoid companies who operate in the weapons sector; though it’s evident BlackRock’s iShares US Aerospace and Defense ETF invests billions in weapon manufacturers: Lockheed Martin, Boeing, Northrop Grumman, General Dynamics, and Raytheon.

Has BlackRock lost sight of its core values? Have its stakeholders become too greedy to hold BlackRock accountable? BlackRock is not driving positive social and environmental impact.

BlackRock’s greed only gets worse.

Legendary journalist Dan Rather’s reports BlackRock is the single biggest owner of gun company stock. According to Everytown for Gun Safety Fund, on an average day, 96 Americans are killed by guns. After the Stoneman Douglas High School shooting in Parkland, FL, students took action for stricter gun control across the country in the ‘March for Our Lives’ demonstrations.

In a letter to BlackRock’s investment relations, CODEPINK requested a meeting with its New York office. Even though BlackRock has been unresponsive to the meeting request, CODEPINK’s five-city demonstrations didn’t go unnoticed. The pink ladies (and men) were met by the security detail at each BlackRock site. In Downtown Los Angeles, BlackRock security barricaded a 45-story building to avoid the fierce women of peace. BlackRock’s Washington DC office was on CODEPINK’s hit list, however, the office has moved. When contacted for a new address BlackRock responded, “…we don’t give it out!” It’s baffling how Larry Fink and BlackRock, a multi-billion-dollar firm, are frightened of a small women’s peace non-profit.

We are asking Larry Fink and BlackRock to meet with us. In order for them to make a positive contribution to society, BlackRock and its stakeholders must stop investing in weapon and gun manufacturers. 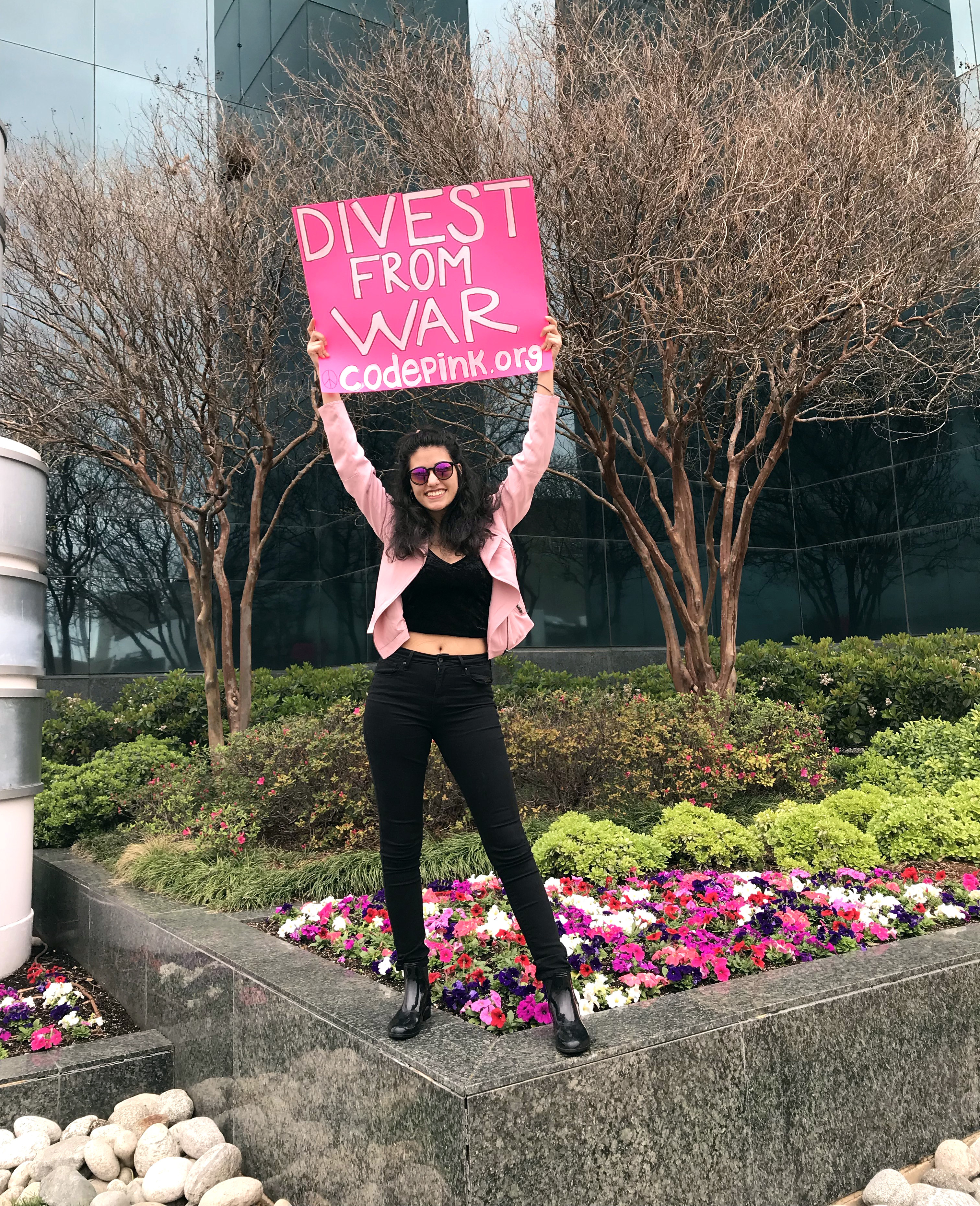 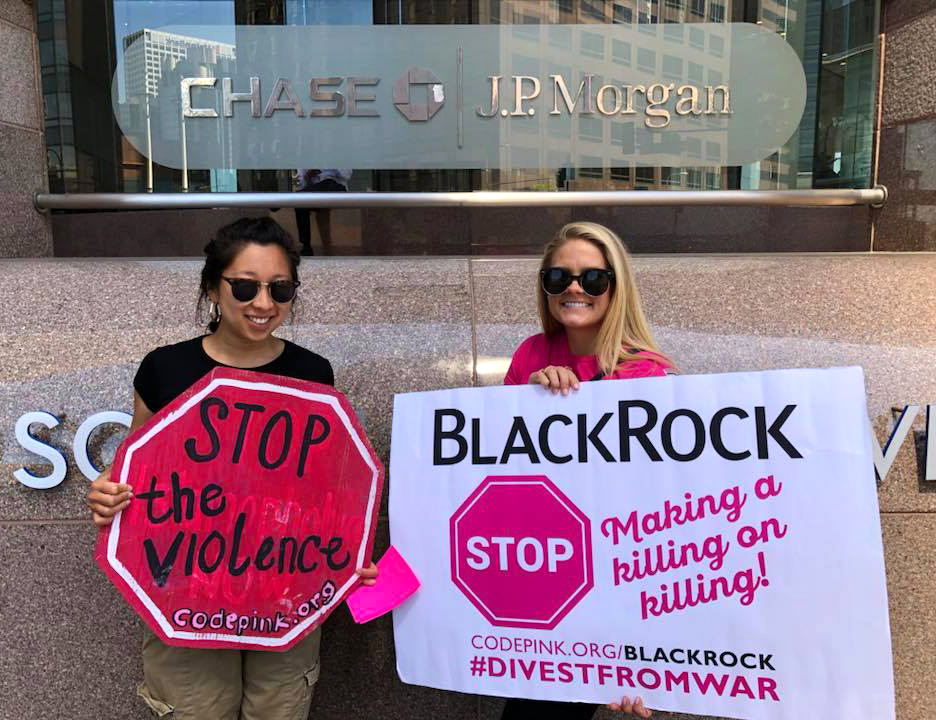 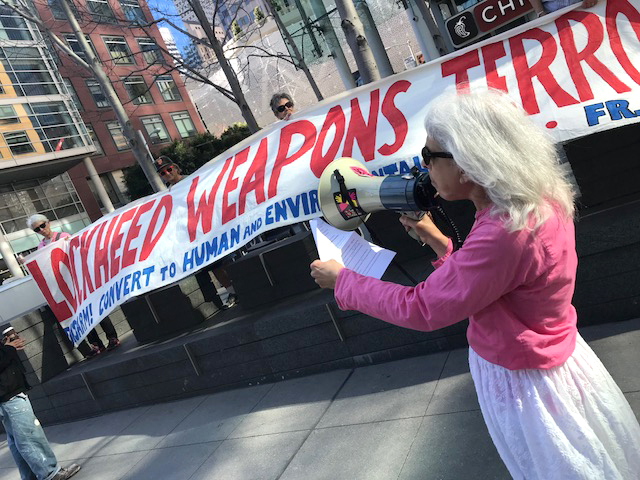