A look at the Shadow World 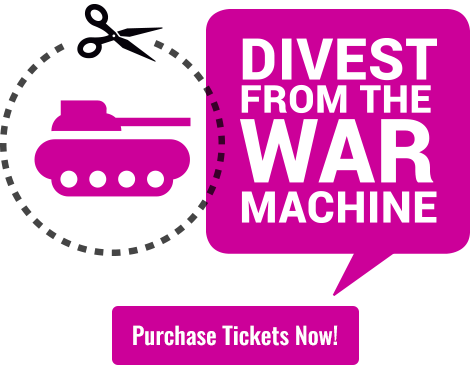 Seven wars in process. A potential war with North Korea and Iran. Tanks on our city streets. The war machine rakes in the profits, and it’s up to us to do something about it. CODEPINK and 50 partner organizations are launching a new Divest from the War Machine campaign targeting companies like Lockheed Martin, Boeing and Northrop Grumman that make a killing from killing!

Join us at the Divest from the War Machine on October 21 & 22 at University of the District of Columbia (UDC) Law School, 4340 Connecticut Ave NW, Washington, DC 20008. Reserve your spot now.

Help us examine the current state of the war machine (surprise — it’s thriving!), shine a critical light on the weapons producers that profit from deadly hyper-militarism both at home and abroad, and learn how to get your city, university, bank, church or pension fund to divest. 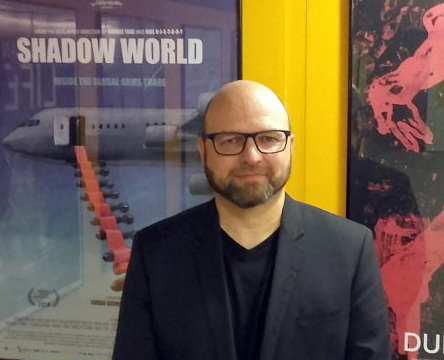 Andrew Feinstein is the author of the brilliant book Shadow World: Inside the Global Arms Trade, which has just been made into a soon-to-be-released searing documentary exposing the greed and corruption among politicians, weapons manufacturers, arms dealers, and the military. Andrew, a former South African Member of Parliament, resigned in 2001 to protest the government’s refusal to launch an independent investigation into a multi-billion dollar arms scandal.

Andrew’s participation in the Divest from the War Summit is a rare US appearance so reserve your space now!

This low-price event is a sliding scale of only $15 to $100. Read more about our campaign, the Summit, and our speakers!

At a time when this administration is putting us on a catastrophic path to war with both North Korea and Iran and the stocks of major U.S. arms dealers are surging to record highs, we, the people, must step up to resist!