"War is not green!" at Capitol Plant mass action in Washington! 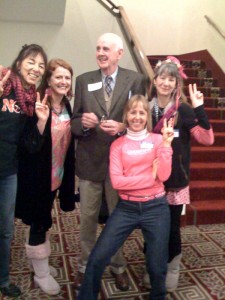 We started at 12:30 p.m. at the rally behind the Rayburn building with thousands of activists.  We met up with fellow activist and actress Daryl Hannah to be on her team for the day. 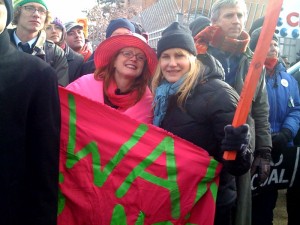 John Quigley, who has produced CODEPINK’s famous aerial images, joined in and we marched with our favorite green team Rainforest Action Network.

The spirit is high  -- we just finished circling the power plant leaving a team of hundreds at each entrance we passed.  We are now at the main entrance listening to journalist and environmentalist Bill McKibben, Bobby Kennedy and environmentalist Terry Tempest Williams.  We are here bringing the pink "War is not green!" message! 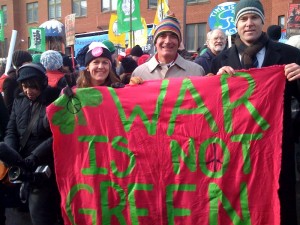