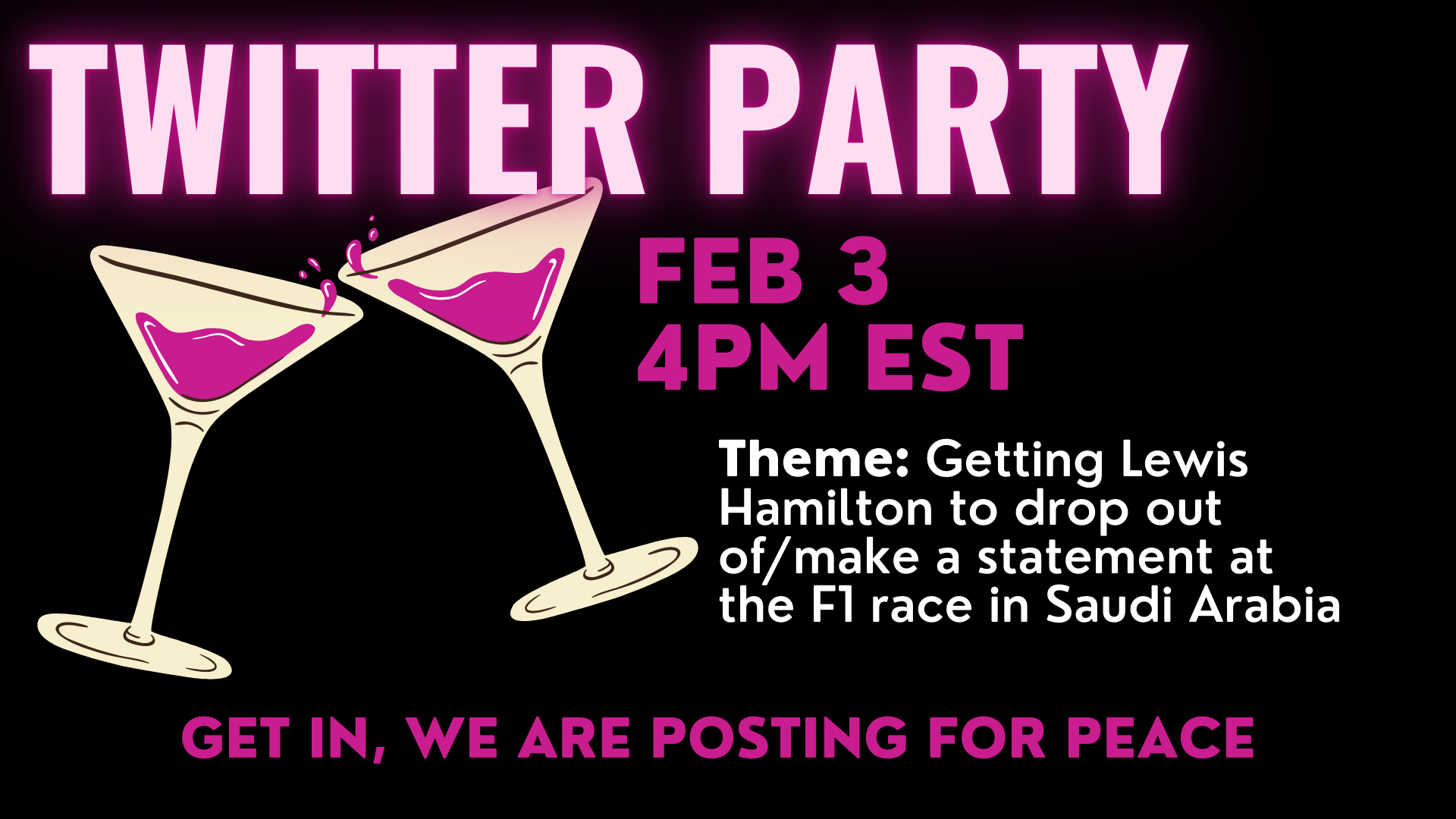 CODEPINK misses parties, so we are throwing one on Zoom. We will have music, dancing (if you want) and laughs (required). Our theme for this rager will be Getting Lewis Hamilton To Boycott or Make a Statement at the Formula 1 Race in Saudi Arabia via Posting on Twitter. If you don’t know what Formula 1 is or who Lewis Hamilton is, that’s okay (we didn’t either), you’re still invited. All you need is a Twitter account and a passion for peace.

Formula 1 is where people race cars around a track, in different places around the world, very quickly! Lewis Hamilton drives in Formula 1, and he’s the best at it (at this point in time). He also has cool politics and we think with enough pressure he will boycott or make a statement at the race in Saudi Arabia this year.

This will be the first time Saudi Arabia is hosting a F1 race. Sports are awesome, but the leaders of Saudi Arabia are bombing and starving Yemen while locking up women’s rights activists. They shouldn’t be able to sportswash their crimes. If the best driver in F1 calls out Saudi Arabia’s government, that could be huge. CODEPINK already has a petition with thousands of signatures, so bring your Twitter fingers, because Danaka will be walking you through how to post for peace (feel free to use the tactics you learn on other public figures as well!). We will be friendly, funny, and have a great time doing it. See you there!