You're Invited to an Eid Festival! 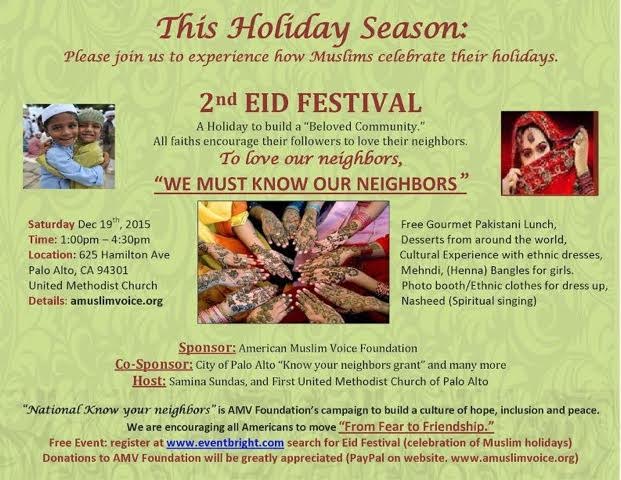 It seems that Republican Presidential candidates are having a competition about who can demonize Muslims more. Their Islamophobic and bigoted remarks have sparked hate crimes against Muslims, Arabs and South Asians in our nation and around the world. This invitation is from our friend Samina Sundas, the Executive Director of American Muslim Voice. Given the wave of Islamophobia sweeping the United States, this is a particularly important time to reach out to your Muslim friends to show solidarity, so we encourage you to attend this event!

In peace,
The CODEPINK team