You Could Save Ali’s Life 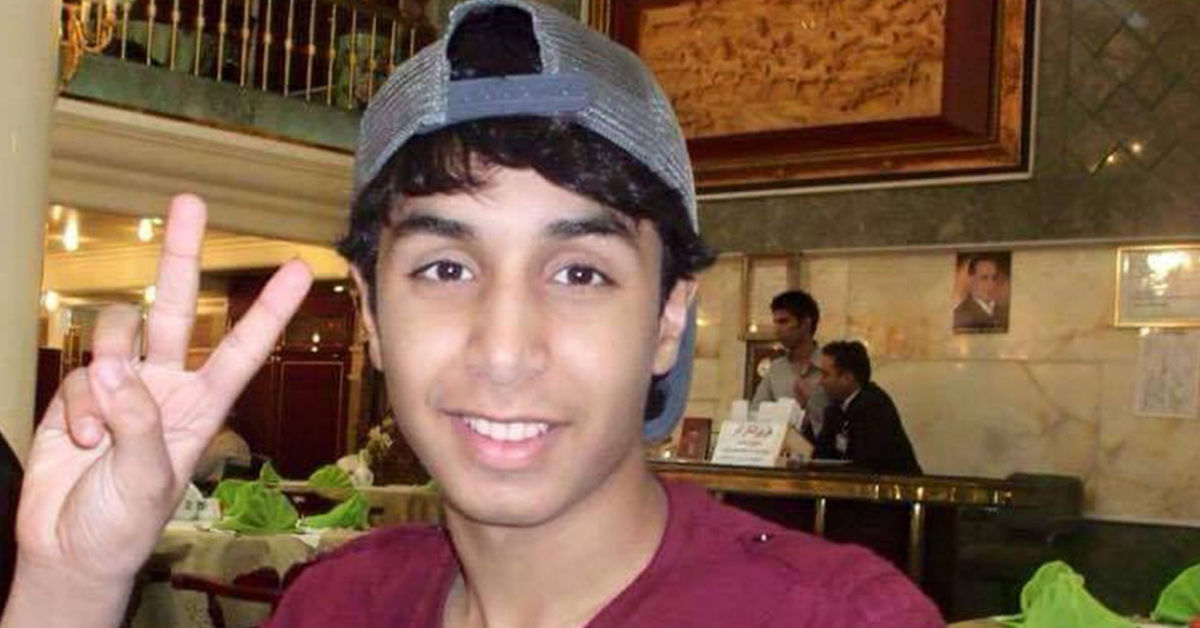 Today President Obama will travel to Saudi Arabia for a meeting with representatives of the Gulf Cooperation Council. On the occasion of this trip, we are asking that he meet with Saudi human rights activists, as he did during his recent trip to Cuba.

Call on President Obama to meet with Saudi human rights defenders during his upcoming trip to Saudi Arabia!

Recently, Mohammed al-Nimr spoke out about the death sentence imposed on his son, Ali, for participating in a peaceful protest during the Arab Spring when he was just 17 years old. Mohammed said:

Ali was a good student with high grades right from the start.  Just like tens of thousands of the youth in our region, Ali was moved by the Arab Spring in 2011. This movement emerged with peaceful demands for the release of prisoners who were detained for 16 years. It was confronted brutally by the government.

Ali was arrested and charged with breaking allegiance with the ruler, going out to marches against the state and using his cell phone to incite demonstrations. Later on, they added more serious charges of sheltering fugitives and attacking police with Molotov cocktails and rocks.  The truth is that he was a peaceful protester.

Every day that passes the sword is closer to his neck. I am proud of how much he loves freedom. It might cost him his life.

Please take a moment to watch and share this powerful video about Ali Al-Nimr to help raise awareness to save his life. The situation in Saudi Arabia has become too dire to ignore, with dozens of democracy activists executed, awaiting execution or facing long jail sentences. Ali is one of three youth facing death for participating in peaceful protests when they were minors. They are members of Saudi Arabia’s Shia minority, and this ongoing religious persecution threatens peace and stability in the region.

Sign our petition and ask President Obama to meet with Saudi human rights defenders like Ali Al-Nimr's father Mohammed during his trip to Saudi Arabia.

P. S. Show your support for peace in the Middle East with this CODEPINK t-shirt, featuring the word “love” in both English and Arabic!