Why we're not eating tomorrow 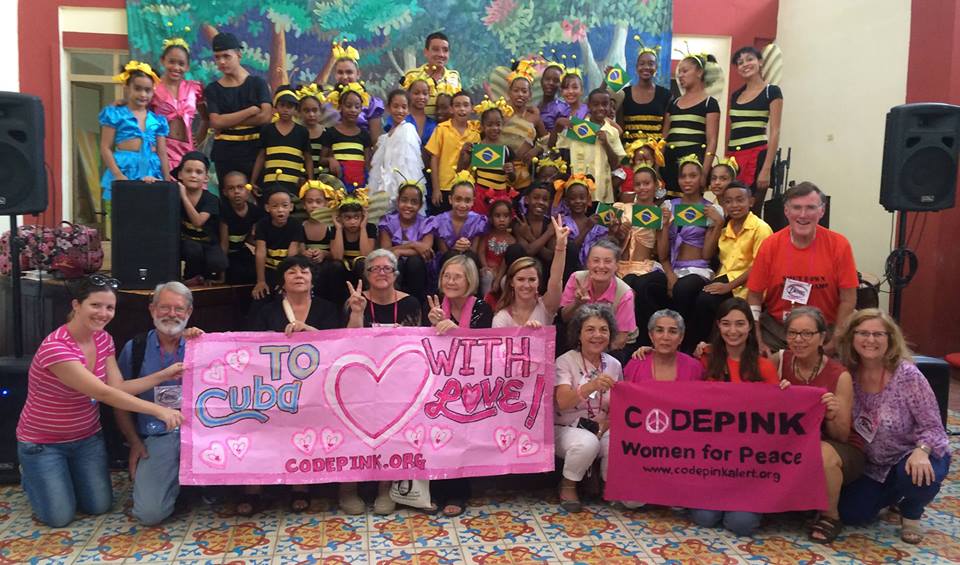 Tomorrow is Thanksgiving, a day that has historically been known for sitting around the table and sharing a meal with family and friends. But this year, 50 members of a CODEPINK delegation to Guantanamo, Cuba are giving up that meal in solidarity with the men in the Guantanamo Bay prison who are being unjustly held. They are calling on Obama to issue an executive order to close Guantanamo prison and return the land to the Cubans. Will you support them by signing this petition?

The delegation has spent the last three days at the Summit for Peace and the Abolition of Foreign Military Bases and meeting with local Cubans. All the delegates are united under common demands: reduce global militarism, close the naval base in Guantanamo, and return the land to the Cubans! Right now they are being welcomed by the Cuban people at a demonstration overlooking the naval base.

This Thanksgiving, as we show gratitude for the improvement in US- Cuba relations among other things, let us listen to the call of the Cuban people to return the Guantanamo base to its rightful owners. Remind President Obama that he has the power to issue an executive order; tell him to close Guantanamo prison and return the land to the Cubans.

We send our gratitude and praise to the members of the CODEPINK delegation in Cuba spending Thanksgiving fasting to show their compassion for the men unjustly imprisoned in Guantanamo.

PS. We want you to join CODEPINK in 2016 on our February or May delegations to Cuba! Find out more