Where does the New York Times stand on Yemen? 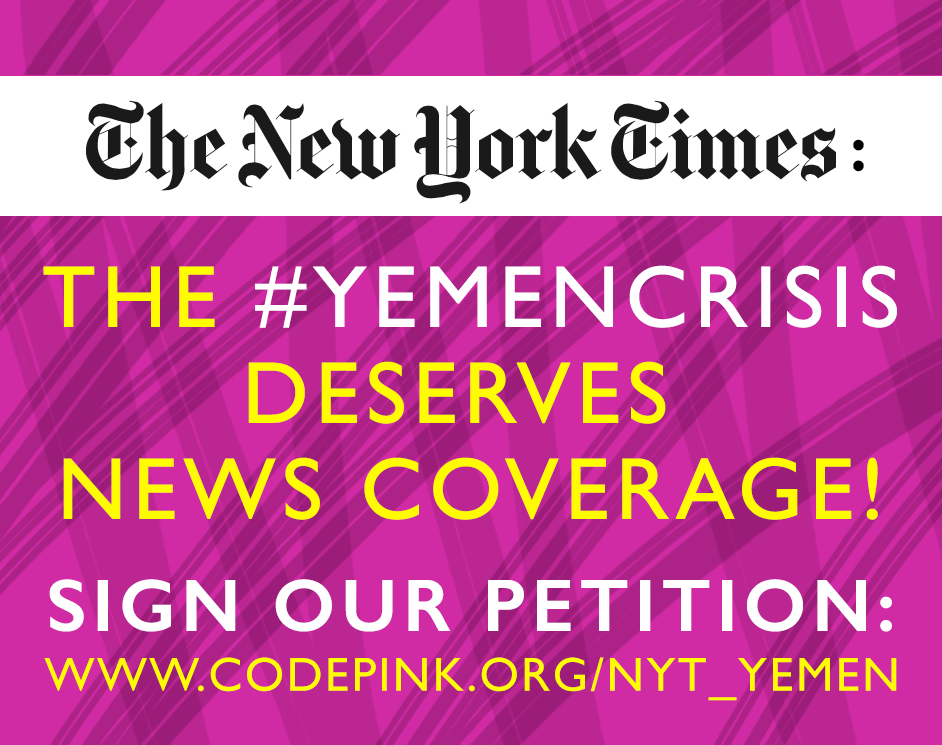 Every ten minutes a child in Yemen is dying from malnutrition and a lack of medical care, both the results of the ongoing war. And now Saudi Arabia, which has been involved in Yemen's internal conflict for the past two years, may be getting a green light from Donald Trump to attack the and close the critical port of Hodeidah, blocking most of Yemen's food imports and plunging the entire nation into famine.

The American people need to hear this story but the most prominent US newspaper, The New York Times', is ignoring the crisis. A search shows only wire stories and no regular New York Times article.

Press NYT editors for prominent coverage of the UN's famine warning for Yemen by signing and sharing our petition.

PS. Don't forget to order one of our Refugees Welcome T-shirts or "I Heart" posters, or you can print your own "I Heart" sign for your friends, family, neighbors and local businesses.