United Nations and other international aid officials have been warning that Yemen is on the brink of famine. "Donald Trump’s Shift On Yemen Risks Plunging The Country Into Famine," the Huffington Post reports, warning that the Trump Administration may be giving Saudi Arabia a green light to attack and close the critical port of Hodeidah, blocking Yemen's food imports. "Yemen war causing world's worst food crisis," Vatican Radio reports. "'Time running out': 1.4 million children could die from famine in Africa & Yemen, says UNICEF," RT reports. But a search of recent stories on the New York Times' website only turns up wire stories, not a regular New York Times article. Please urge NYT editors for prominent coverage of the UN's famine warning for Yemen by signing our petition below!

I urge you to report the UN famine warning for Yemen. It's time to acknowledge the U.S. role in the war causing the famine risk! If the Huffington Post, RT news and the Vatican Radio can report on the growing crisis Yemen, so should the New York Times! 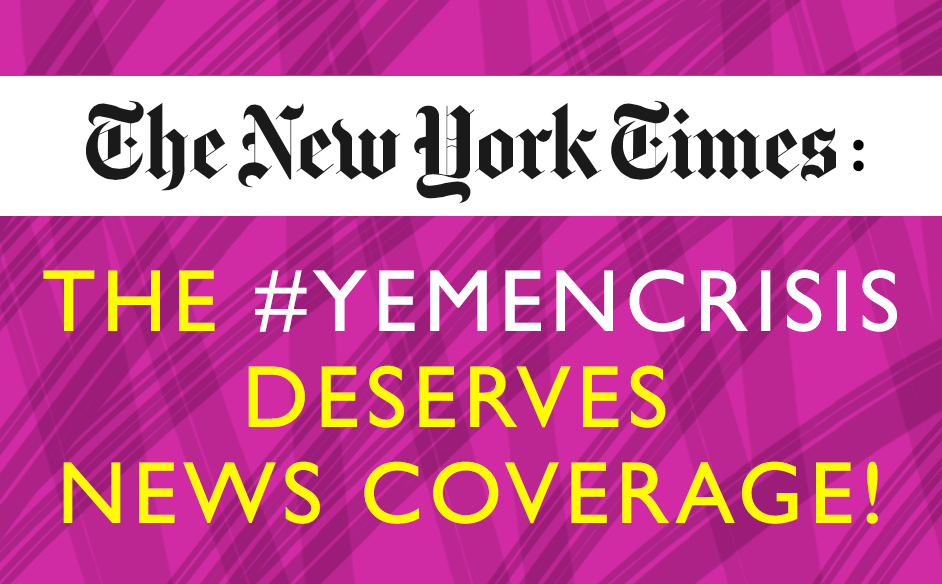