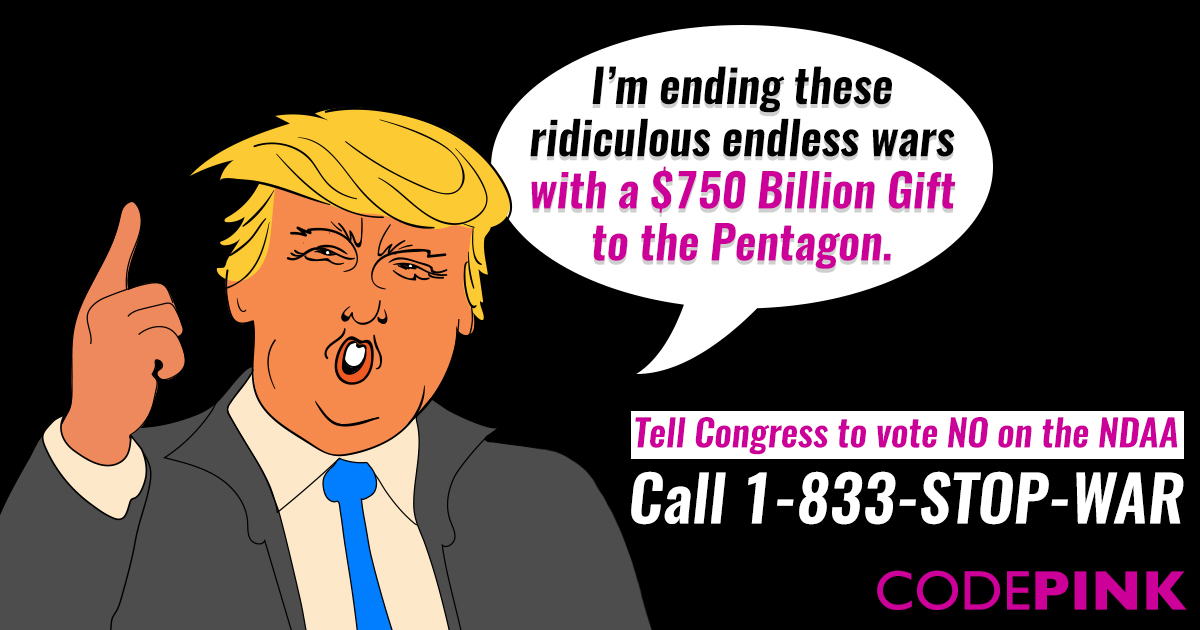 The Democrats in Congress just passed up the chance to end U.S. involvement in the brutal Saudi-led war on Yemen and instead agreed to a no-strings-attached $750 billion giveaway to the Pentagon. This is outrageous. The floor vote will be tomorrow, so act now.

Contact Congress right now and demand they VOTE NO on the National Defense Authorization Act (NDAA).

Congress has spent months negotiating the final NDAA, but in the end, they stripped away the amendments to end the war in Yemen, prevent a war with Iran, block arms sales to the Saudis, and more. House Armed Services Committee chair Representative Adam Smith didn’t even ensure that his own amendment, the Smith-Khanna-Schiff-Jayapal amendment to invoke the War Powers Act to end U.S. involvement in the Saudi-led war in Yemen, stayed in. Without at least this one anti-war amendment, the NDAA is nothing more than a $750 billion giveaway to the Pentagon, $750 billion for more endless wars.

Senator Sanders and Representative Ro Khanna have announced that they will vote no and are asking others to join them. Call 1-833-STOP-WAR now to tell your Representatives to vote NO. Then send an email to Speaker Pelosi telling her to use her position in the House to do everything that she can to block the NDAA.

Approving an NDAA without any critical anti-war provisions perpetuates the worst humanitarian crisis on earth, rejects the will of the American people who have indicated in a clear and unmistakable way that they want to end U.S. involvement in the Saudi-led war in Yemen, risks a war with Iran, and keeps the U.S. in an endless cycle of endless wars. It is imperative that Congress VOTE NO on the NDAA when it goes to a full floor vote tomorrow.

PS: We can’t do what we do without you and your support. Please give and help us continue to make peace a priority.