What is going on in Texas? 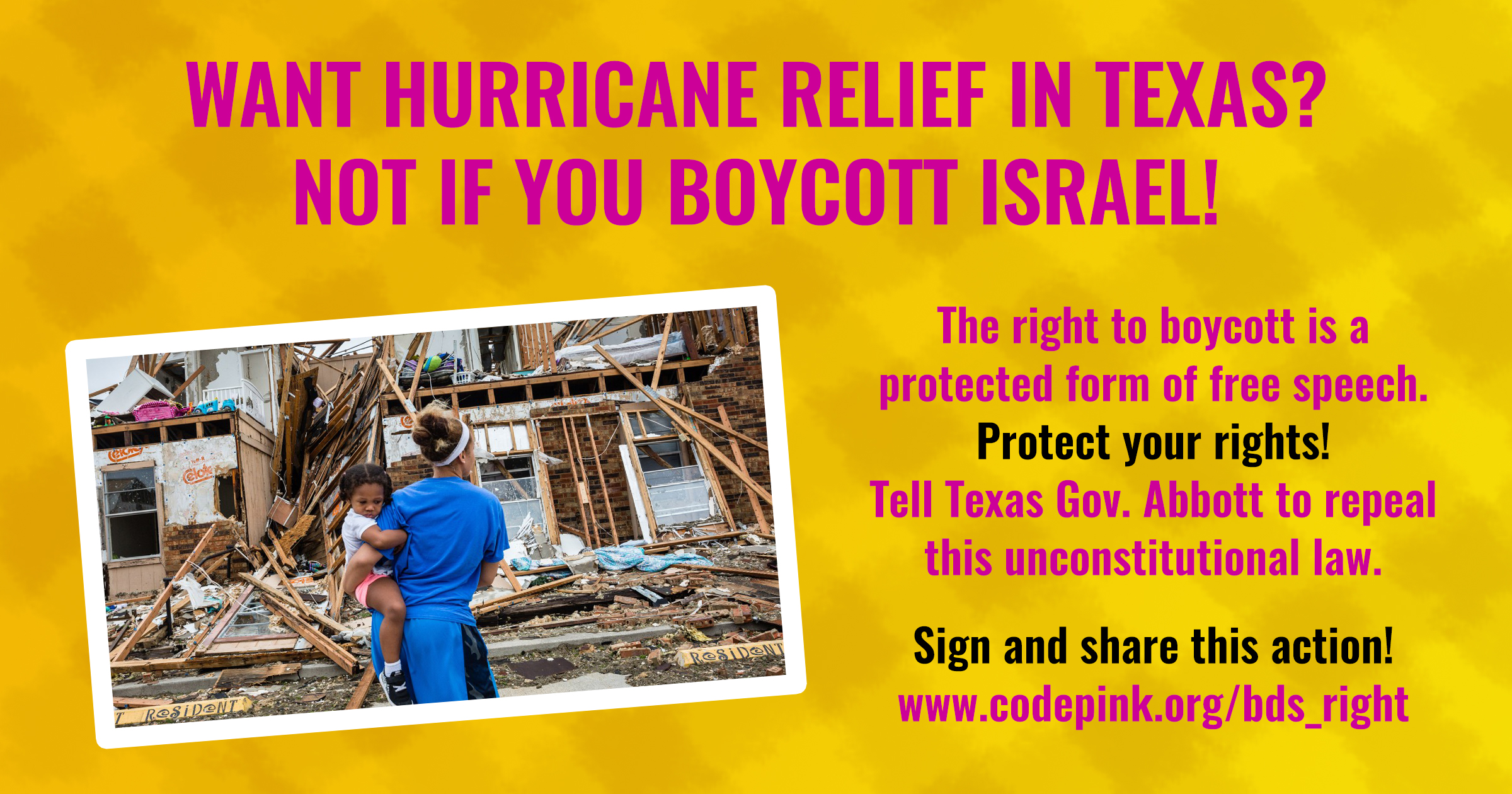 Contractors in Texas received a shock last week. When they went to apply for Hurricane Harvey relief contracts, they found a requirement that in order to receive funding, they must promise not to boycott Israel. What a shock! The right to boycott is a protected form of free speech. But in July, Texas Governor Greg Abbott signed a bill banning state contractors who support the boycott, divestment and sanctions movement from receiving funds. The law even specifies that businesses cannot refuse to buy products manufactured in illegal Israeli settlements.

Tell Governor Abbott outlawing the right to boycott is unacceptable. Demand that he repeal his anti-BDS law.

The boycott, divestment and sanctions movement is a nonviolent effort to obtain human rights for Palestinians. It was inspired by the U.S. civil rights movement and modeled after the South African anti-apartheid struggle. Now, its tactics are being used to bring Israel into accordance with international law.

The ACLU has already been busy challenging a similar law in Kansas which is punishing a teacher for following her Mennonite church’s directions to boycott companies complicit in Israel’s occupation of Palestinian lands. The ACLU will take on the Texas anti-BDS law too. But Governor Greg Abbott needs to hear from you. Send him a message telling him hurricane assistance should not be contingent on complicity with Israel’s crimes. Don't forget to share the above image on Twitter and Facebook!

P.S. November 9 is the Global Day of Action for a World Without Walls. Organize an action in your city to say No to walls from Palestine to Mexico!