We have the right to boycott 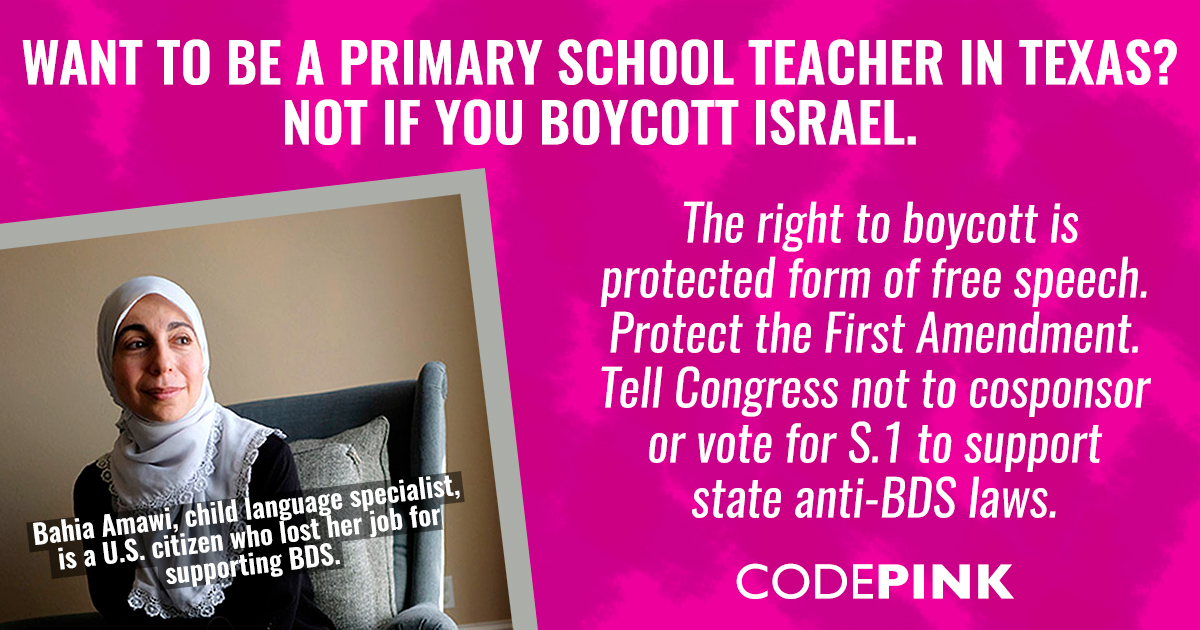 From the Montgomery Bus Boycott to the movement to divest from apartheid South Africa, strategic boycott and divestment campaigns are one of the most effective form of nonviolent action. A new day is dawning in Congress with the arrival of bold progressive women of color like Rashida Tlaib and Ilhan Omar who are voicing their support for Palestinian rights and the Boycott, Divestment and Sanction movement. The defenders of the status quo — of occupation, war, and Israeli apartheid — are getting desperate. Pro-Israel forces in the Senate are moving quickly. As the first Senate bill of 2019, Marco Rubio has introduced a bill that would cement a $3.8 billion yearly in military aid to Israel and establish federal legal protections for states like Texas that punish individuals or business that engage in a boycott of Israeli apartheid. Follow the instructions below to contact your Congress member and urge them not to co-sponsor the Strengthening America’s Security in the Middle East Act of 2019, S. 1.