What games are they playing? 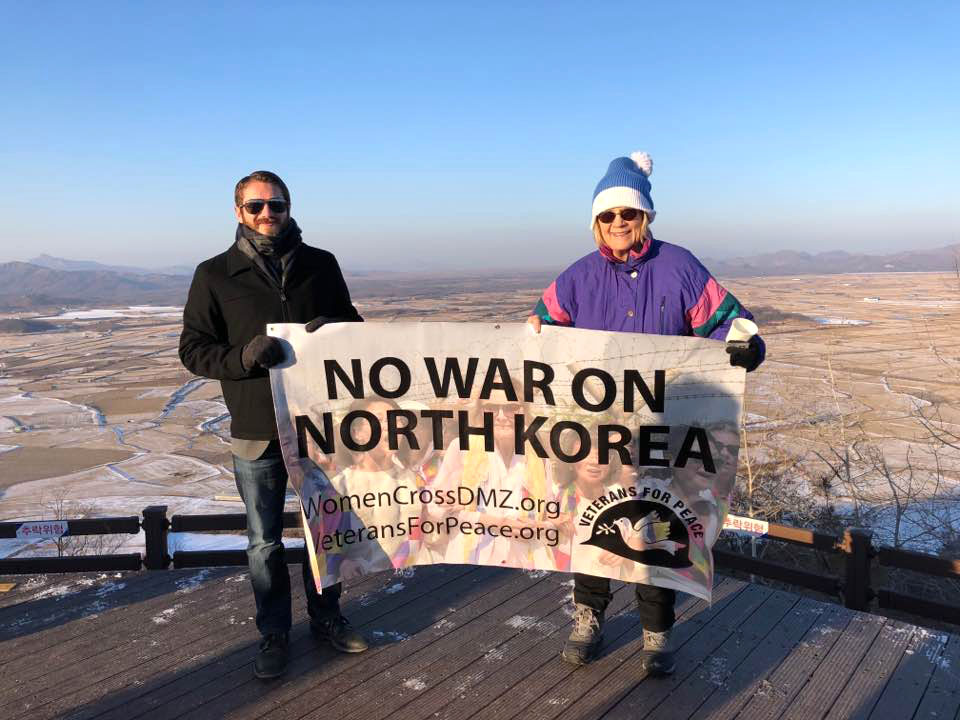 I returned this week from an International Peace Conference in South Korea held in the DMZ border city of Cheorwon.  We climbed a nearby hill to look into North Korea and think about all the people in both North and South Korea who would be killed if the U.S. “maximum pressure” results in war.

At the conference, South Korean citizens said very clearly and strongly that they do NOT want a war with North Korea!  They want their government to continue dialogue with North Korea and they want the United States to stop threatening war and the intimidation of huge war drills.

Reflecting the desires of South Korean citizens, the United Nations has asked its member states to observe an Olympic truce during the upcoming February 9-25 Winter Olympics in Pyeongchang, South Korea, and for one week afterward, until March 4. Additionally, the government of South Korea has asked the United States to delay its war rehearsal flights over South Korea until after the truce. 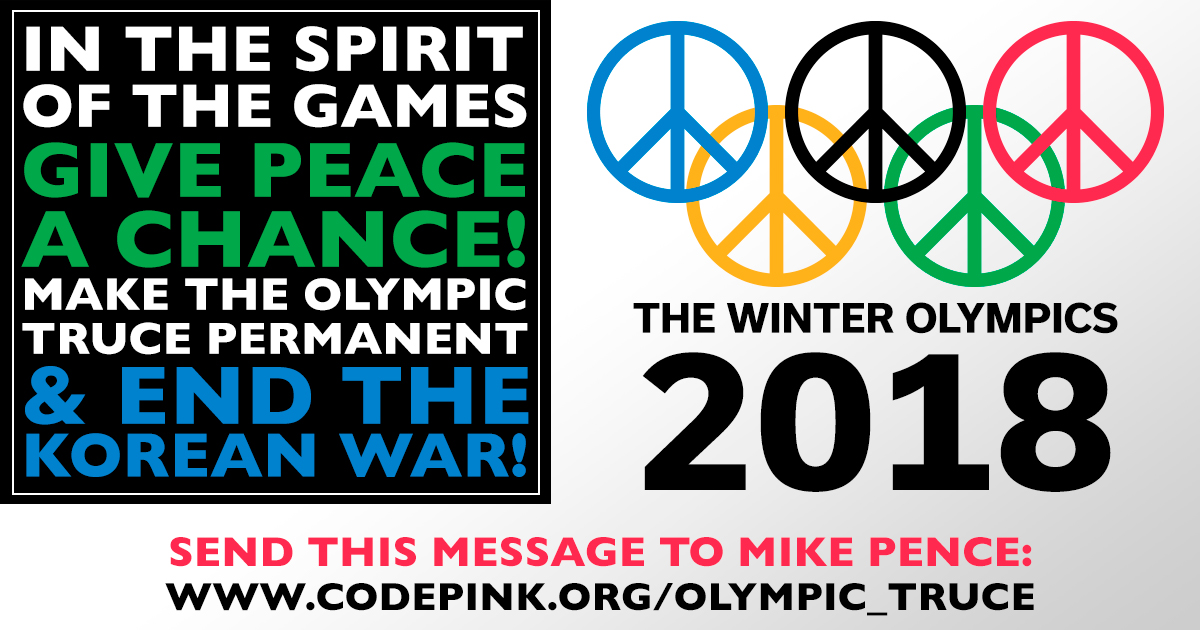 Vice President Mike Pence will be attending the opening of the Olympics in Seoul. Send VP Pence a message urging the US to stop provocative war “exercises” during this period, and to continue the truce indefinitely thereafter.

Help us prevent a catastrophic war. Send your message to Pence: No more war games.

P.S.  Interested in inner change for social change? Starting this Thursday, we are launching 21 Days of Mindfulness with daily practices to reconnect us with our bodies, with the Earth and with each other, as a catalyst for beautiful change.