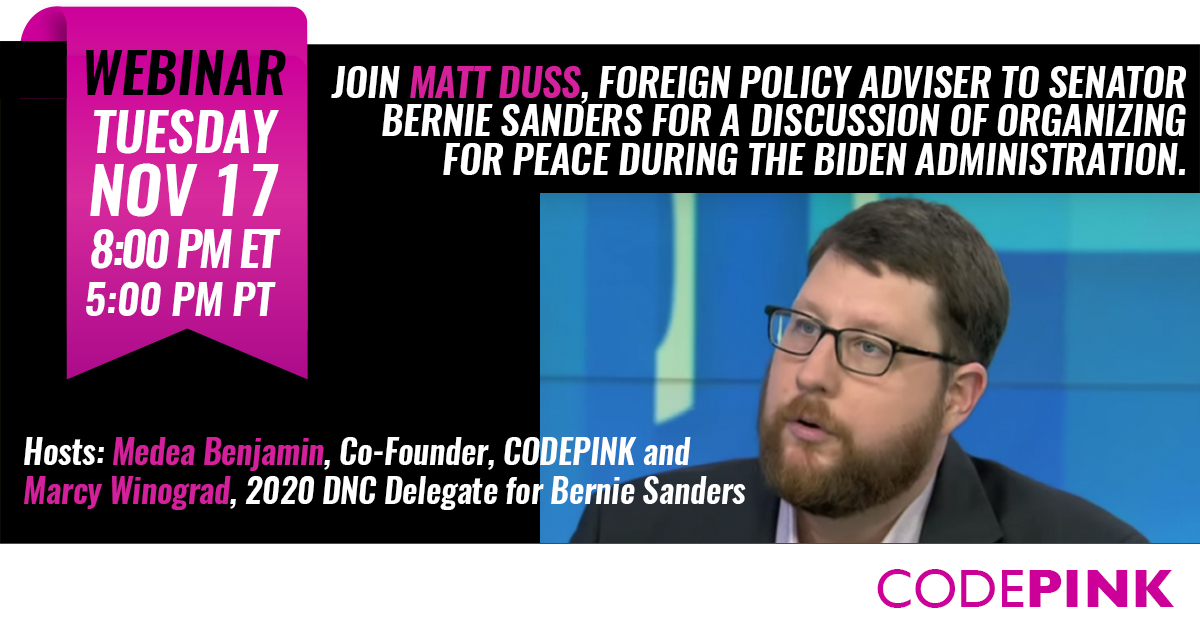 Join Matt Duss, Foreign Policy Adviser to Senator Bernie Sanders for a Discussion of Organizing for Peace during the Biden Administration.

In the words of The Nation magazine, "Bernie Sanders' foreign policy adviser is part of a new generation of progressives fighting an entrenched status quo." Duss is said to be the principal reason that Sanders introduced the resolution to end U.S. military support for Saudi Arabia's war on Yemen.

Following Duss's talk focused on US wars and occupations in the Middle East, Medea and Marcy will engage participants in a strategy discussion on next steps as President-Elect Biden assembles his cabinet.

Please register for the zoom link.