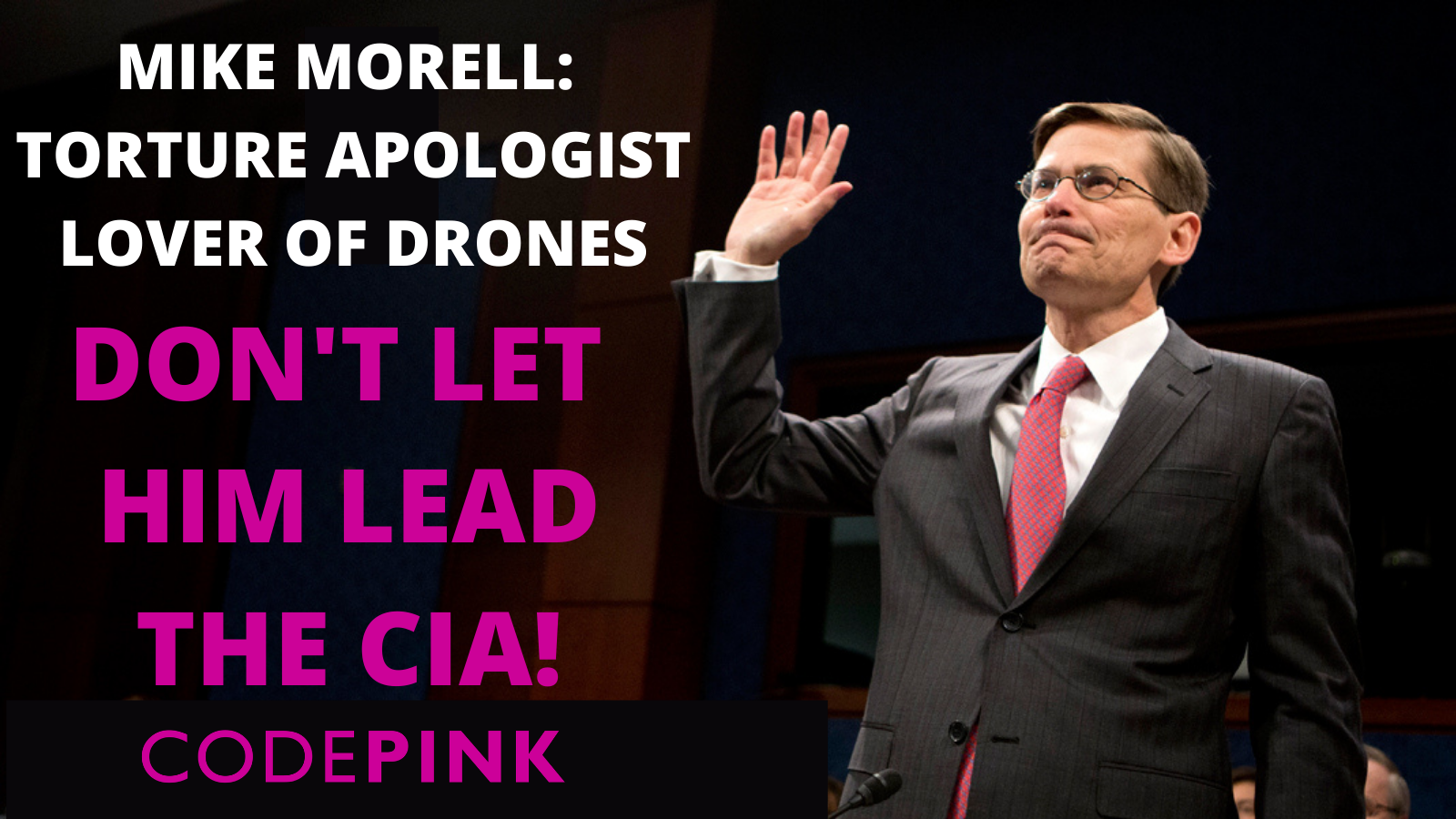 We did it! We wrote emails and articles, made phone calls, held webinars and got the media to pay attention to our opposition to Michele Flournoy becoming the next U.S. Secretary of Defense. With our partners, we mobilized over 80 prominent women—including Jane Fonda, Gloria Steinem, Alice Walker, V (fka Eve Ensler) and Naomi Klein—to say that Flournoy’s nomination as the first woman Secretary of Defense would NOT be a breakthrough for feminists. Yesterday, President-elect Biden nominated General Lloyd Austin, rather than Flournoy, for the position.

We are far from thrilled about Austin. He’s on the board of Raytheon, has investments in the private equity fund Pine Island Capital Partners that specializes in military contractors, and will require a waiver from Congress as he only recently left the military. But make no mistake about it, Austin, who oversaw U.S. troop withdrawal from Iraq, is WAY BETTER than warhawk Flournoy.

Preventing Flournoy from becoming Secretary of Defense was a big win for CODEPINK and our partner organizations. Now, we are moving on to Biden’s next potentially vile appointment: Mike Morell for director of the CIA.

According to Daniel Jones, the lead author of an exhaustive 6,700-page Senate report on torture, Morell, who served as CIA deputy director from 2010 to 2013 and as CIA acting director, in 2011 and 2012, not only defended the U.S. post 9/11 torture program but even “thwarted efforts to hold individuals accountable” for their role in the program. In a 2015 Vice News interview, Morell said that he rejected the description of the CIA program, including waterboarding, as torture “because to call it torture says my guys were torturers…they were told what they were doing was legal, and I’m going to defend my guys to my last breath.”

Add your name to our petition to President-elect Biden asking him not to nominate Mike Morell to lead the CIA.

We already have a start opposing Morell. Senator Ron Wyden, the first to speak out against Morell, has called Morell a “torture apologist” and vowed to oppose him. Senators Leahy and Heinrich have also voiced reservations about Mr. Morell. So has the ACLU.

It isn’t just the on the issue of torture that we oppose Morell. The possible next director of the CIA has also praised U.S. drone strikes as a way to keep Americans safe. But what about all the civilians, including children, killed by U.S. drone strikes? Doesn’t their safety matter to Morell? Add your name now to our letter to Biden asking him not to nominate torture apologist Mike Morell to lead the CIA.

Some of Biden’s cabinet appointments are commendable. Linda Thomas-Greenfield as UN Ambassador will not only add diversity to the administration as a black woman, but she is also a career diplomat well suited for the job. Marsha Fudge, who has been tapped to be Secretary of Housing and Urban Development, not only adds diversity as another black woman to join Biden’s administration but has been a fierce advocate for federal programs to help the urban poor. These are smart choices that give us hope. Tell Biden to make a smart choice for CIA director, someone without a legacy of supporting torture. Tell him not to nominate Morell for the position.