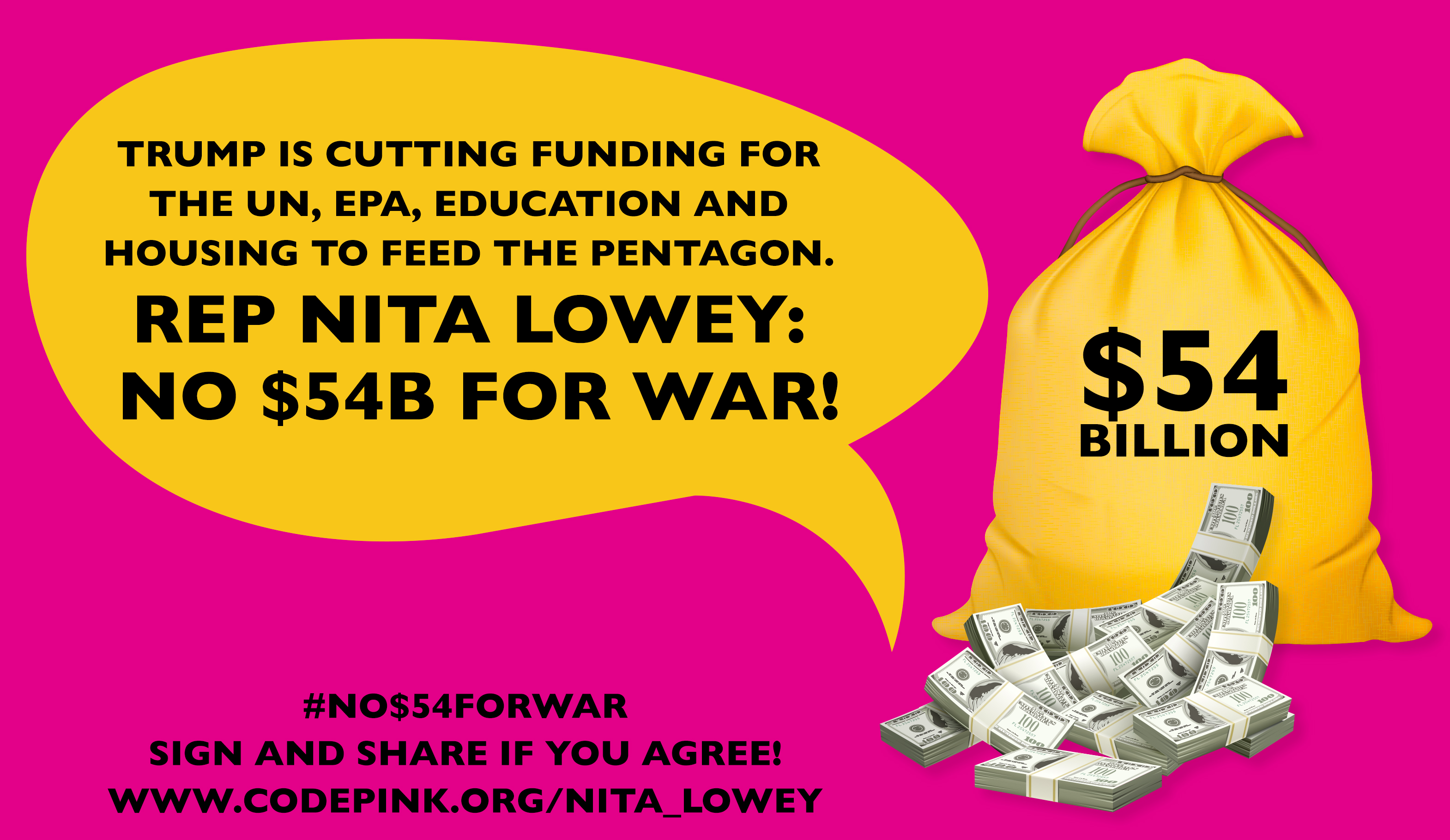 Thanks to the work of many of our local CODEPINK communities we had a tremendous victory at the U.S. Conference of Mayors yesterday! The Conference, representing 253 attending mayors from big cities like New York and Los Angeles to small rural townships, unanimously passed a resolution opposing Trump’s call for an additional $54 billion to the Pentagon budget. Instead of slashing anti-poverty and environmental programs to increase war spending, the mayors urged Congress and the President to move funding in the opposite direction, out of the military and into human and environmental needs.

All over the country, people urged their mayors to pass this resolution, and they listened. Now it’s time for Congress to listen to the mayors. Tell Representative Nita Lowey, ranking Democrat on the Appropriations Committee, that the nation’s budget should reflect the priorities of our nation’s mayors.

Congresswoman Lowey is in a key position when it comes to allocating our tax dollars. We need her to fight hard so that the resources being sucked up by the Pentagon to wage endless wars overseas are instead used to address our crumbling infrastructure, the climate crisis, and poverty at home and abroad.  For inspiration watch West Hollywood CODEPINK member, Claudine Mulard advocate for her mayor's vote.

The mayors understand how pouring the wealth of our great country into building war machines while allowing our cities to deteriorate does not make us more secure. One of the key mayors at the Conference was New York City’s Bill de Blasio. Tell New York City Congresswoman Nita Lowey that she should listen to her mayor and the hundreds of others who voted against Trump’s proposed military increase and in favor funding our cities’ critical needs. Don't forget to share the image above on Facebook and Twitter!