We are taking this into our own hands 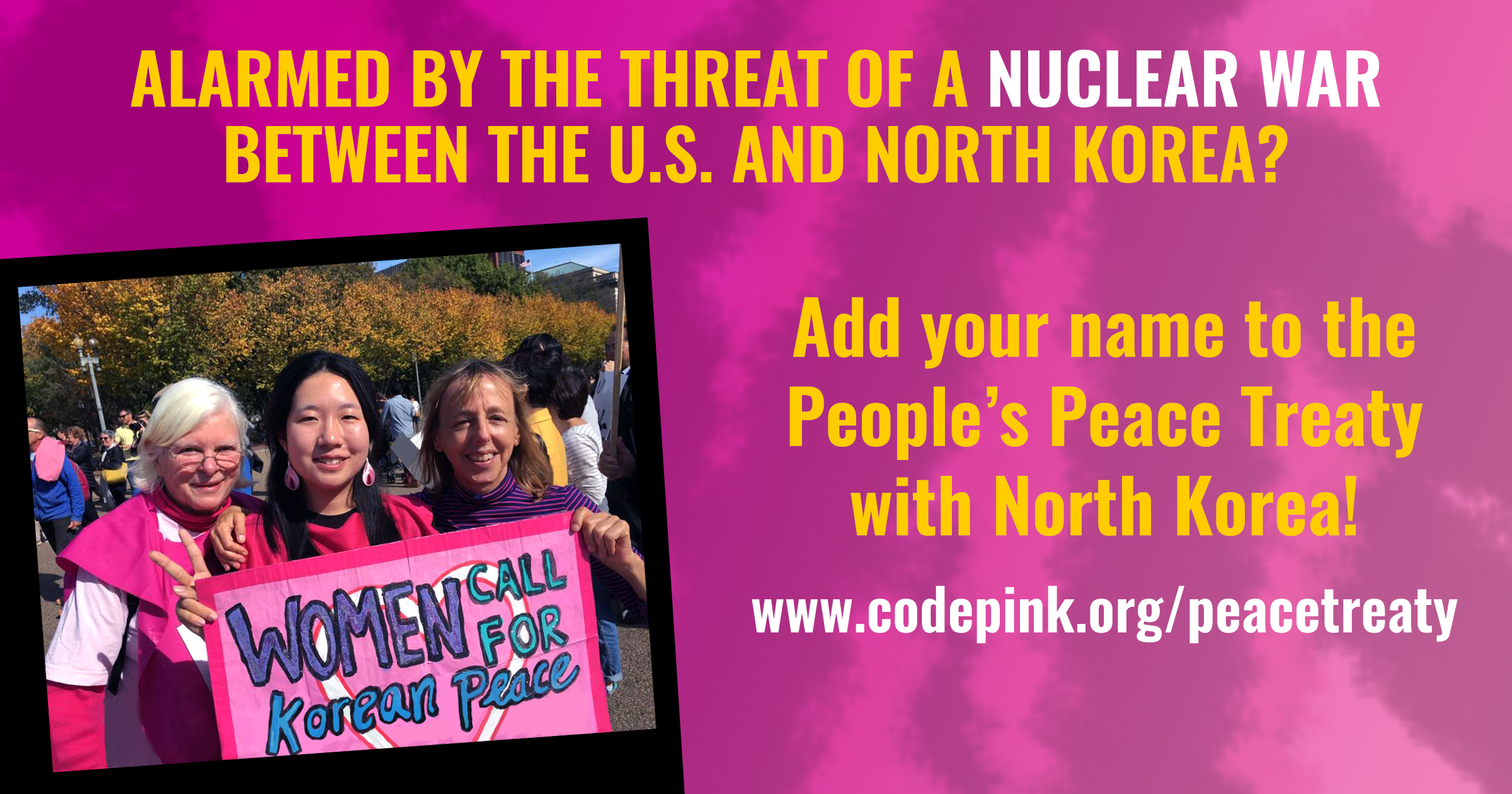 Sign this historic document here and get at least 10 friends to sign on. The five people who get the most signatures will all get special gifts from South Korea, where we are working with our allies who are desperate to stop a new war on the Korean Peninsula.

The plan is to collect 100,000 signatures and to publicize the People’s Peace Treaty in conjunction with Armistice Day (aka Veterans Day) on November 11, when many local actions for peace will take place throughout the U.S.

CODEPINK’s goal is to get 20,000 of the 100,000 signatures we need before sending the treaty to the governments and peoples of North Korea, as well as to the U.S. Government.

So we need your help. Please sign the treaty but don’t stop there. We need each of you to get at least 10 others to sign. Send it out on social media. Solicit your family and friends, your coworkers and neighbors, your colleagues at church or the PTA or your book club.

P.S. November 9 is the Global Day of Action for a World Without Walls. Organize an action in your city to say No to walls from Palestine to Mexico!