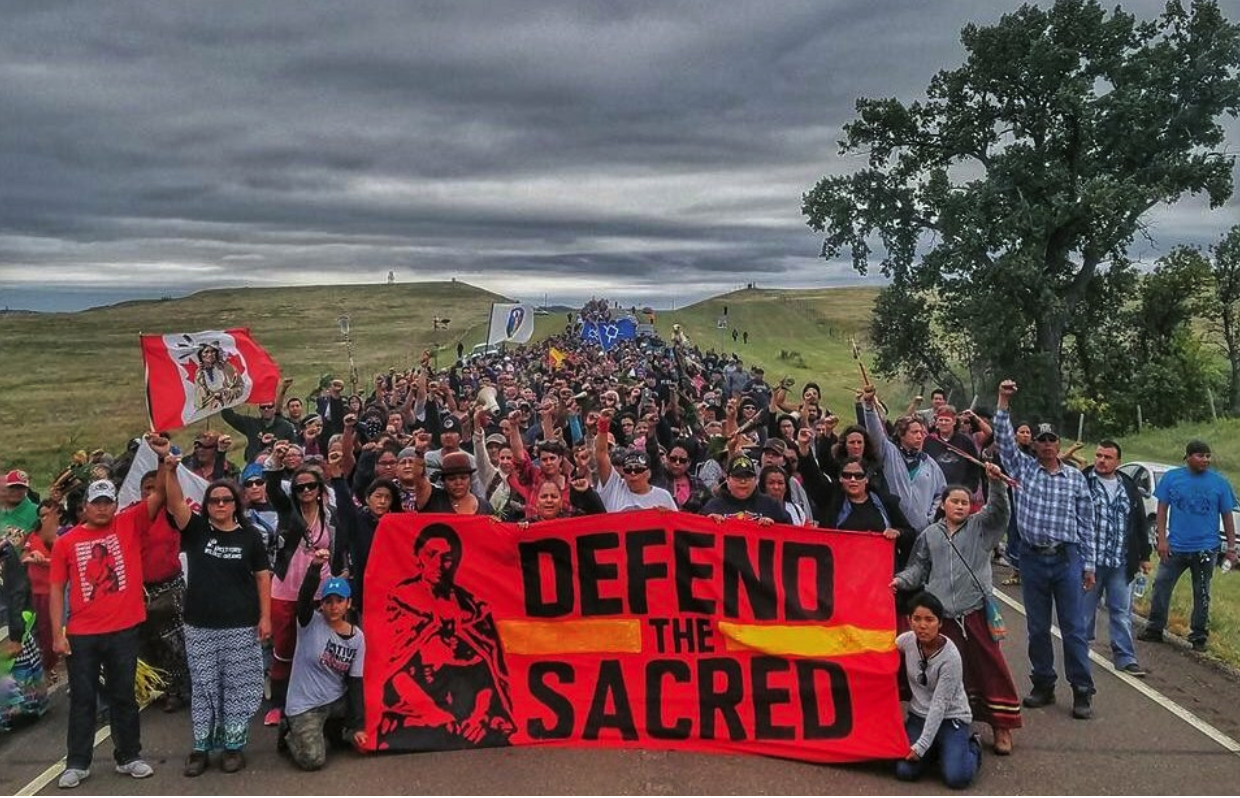 On Friday, Obama stood up with the Standing Rock Sioux Tribe, saying he would not authorize construction on a critical stretch of the Dakota Access Pipeline until there are more environmental assessments there. This came after a federal judge denied the Standing Rock Sioux Tribe’s request to stop construction of the pipeline, and after a wave of nonviolent direct actions led by indigenous people.

That same Friday evening in Los Angeles, CODEPINK stood on the busiest freeway at the busiest time of the week with a banner that said: “No Dakota Access Pipeline, Water Is Life.”

This first victory came from the power of the people holding space and energy in Standing Rock. But the victory is not complete until we continue to stand with the Sioux and all those who fight for the rights to water, air, and life.

Read our Statement and join us this Tuesday, as we join hands across the country taking action in Los Angeles, DC, and Oakland in solidarity with Standing Rock. Find a location near you.

Learn more about what is happening in Standing Rock and how you can offer support.

Let's start fall with a new commitment to follow more closely the carnage in Syria.