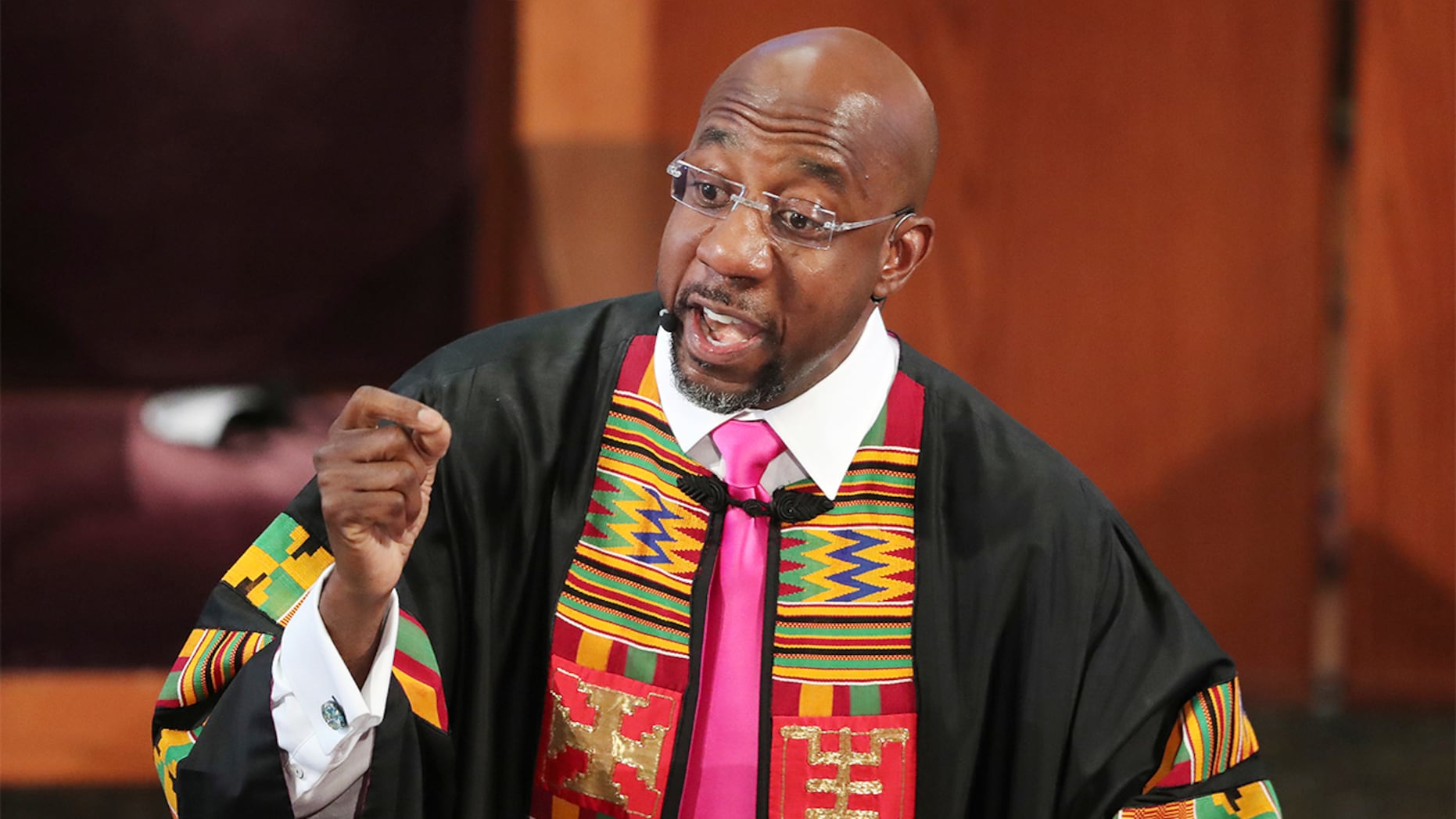 November 11, 2020 — On Tuesday, November 11, Senator Kelly Loeffler accused her opponent, Reverend Raphael Warnock, of having “a history of anti-Israel positions, from embracing anti-Zionist Black Lives Matter… to calling Israel an ‘oppressive regime' for fighting back against terrorism." CODEPINK, an organization with a number of Jewish leaders, strongly condemns these false accusations of antisemitism.

Senator Loeffler bases her accusations on Rev. Warnock’s support for the Black Lives Matter movement and support for a 2019 statement by the National Council of Churches.

In 2019, Reverend Warnock traveled on a pilgrimage to Palestine and Israel with the National Council of Churches to see the situation with his own eyes. Upon return to the United States, the group, including Warnock, released a statement which observed the heavy militarization of the West Bank, and called it “reminiscent of the military occupation of Namibia by apartheid South Africa.” The group called for “an end of weapons sales and proliferation to all sides in the conflict and, indeed, to the entire region.” It also recommended preserving “the option of utilizing economic pressure as a means of bringing recalcitrant dominant forces to the negotiating table.” We support these recommendations and commend Rev. Warnock for participating in this delegation.

During its 2014 war in Gaza, Israel killed over 2,000 Palestinians, including over 1,400 civilians, of whom around 500 were children and around were 250 women. Between March 30 and May 15 of 2018, Israeli snipers killed over 100 Palestinian protestors in Gaza, including journalists and medical workers. The United Nations has said that these actions were likely crimes against humanity. Israel currently has a case pending in the International Criminal Court for the wars in Gaza and forced displacement of Palestinians in the West Bank.

Israel’s military occupation of the West Bank is composed of separate roads for Israelis and Palestinians, checkpoints, and a military court system that subjects two different groups of people to two separate sets of laws. Anyone who has traveled to the West Bank city of Hebron, as Reverand Warnock did with the National Council of Churches, is immediately confronted by the visceral and appalling reality that Israel is imposing a system of apartheid on the Palestinian people.

CODEPINK finds it ironic that the Senator making false accusations of antisemitism against Reverend Warnock is herself a supporter of incoming congresswoman Marjorie Taylor Greene, who has made blatant Islamophobic and antisemitic statements and supports the conspiracy group QAnon.

As an organization committed to ending racism and militarism in the United States, as well as apartheid and injustice in Israel/Palestine, CODEPINK encourages Reverend Warnock to continue to speak out for freedom and equality for all in Palestine and Israel and hopes to see more members of Congress, as well as candidates, join delegations like the one Reverend Warnock participated in.