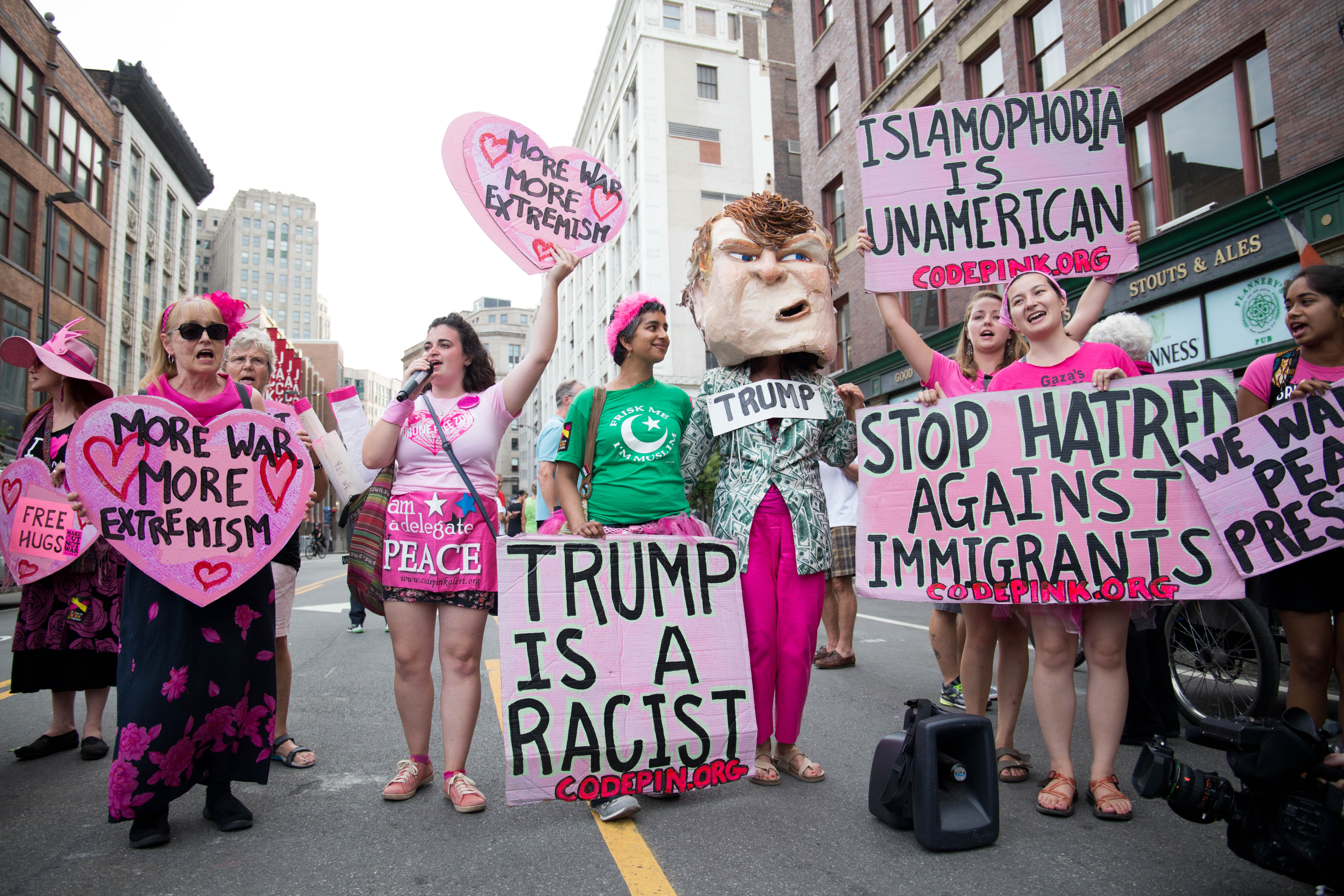 Tell President Obama to end the bombing campaign against Libya! It was US overthrow of Gaddafi in 2011 that led to the crisis in Libya today. Will we ever learn our lesson that US military intervention is not the answer?

Seven countries bombed in seven years. This stunning record is deeply disturbing, and we know from being at the Republican and Democratic National Conventions that whichever president comes after Obama will be even more hawkish.

At both the RNC and the DNC, militarism was ever present. Politicians bragged about our military might, talked about getting tougher on terrorism, and featured soldiers and generals who participated in America’s illegal and immoral wars on Iraq and Afghanistan. While no one on stage talked about about how endless war actually makes our country less safe and instead is wasting trillions of dollars and taking countless lives, delegates at the DNC held signs and repeatedly chanted NO MORE WAR!

CODEPINK was out in the streets at the RNC and DNC (and sometimes actually inside the convention too!) with our allies to say No More War! War Isn’t Green! Cut the Pentagon Budget! Dressed as Lady Liberty, we said Immigrants and Refugees Welcome! We were all over the news and we received supportive feedback from all over the world. Check out a few photos at the end of this email!

Now we are gearing up for the next administration. At the conventions we recruited new folks to start CODEPINK chapters in their communities. We know that the world needs a peace movement now more than ever, as Obama continues to drop bombs all over the Middle East and we prepare for the next US president.

Join us in calling on Obama to stop the bombing in Libya and across the Middle East! 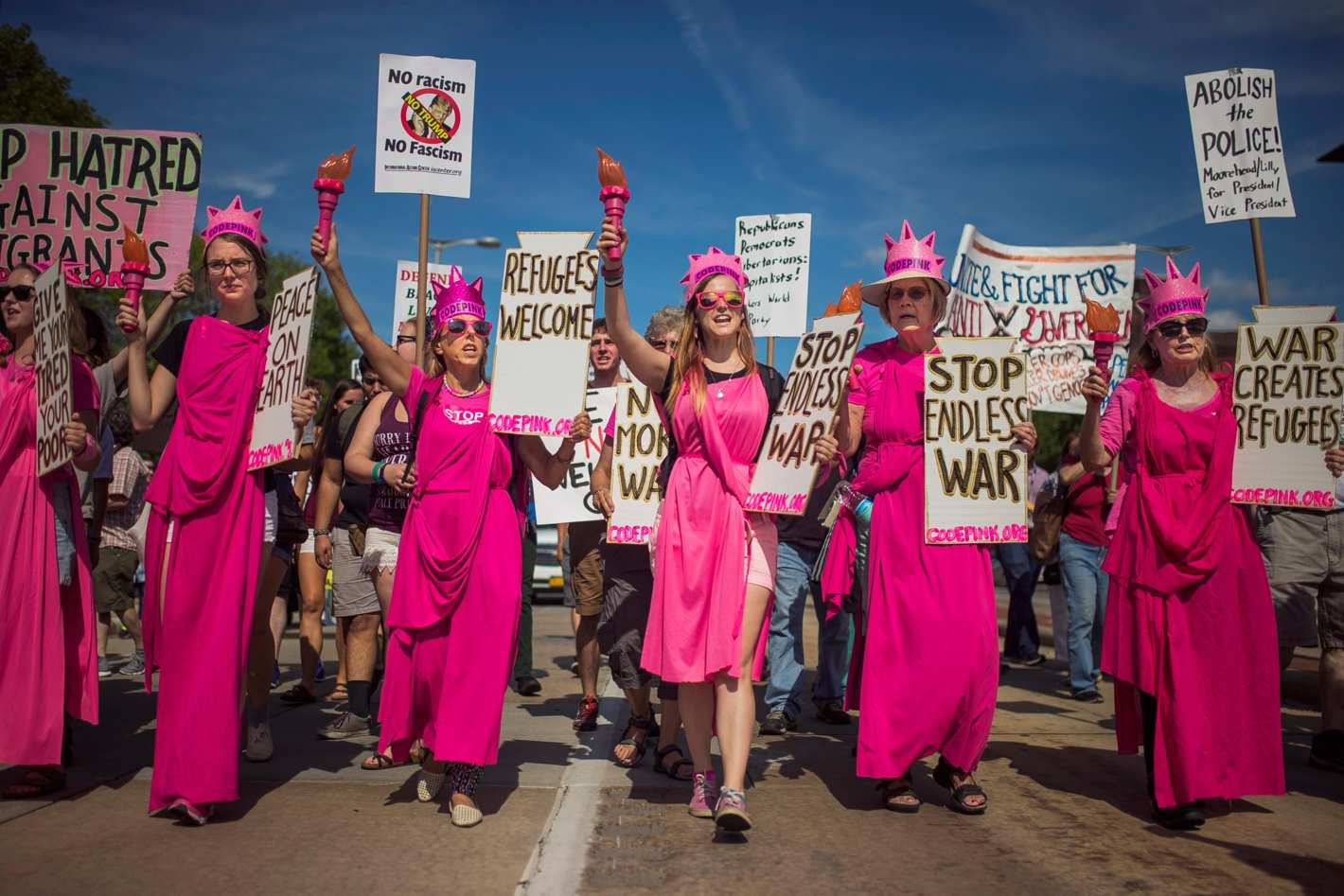 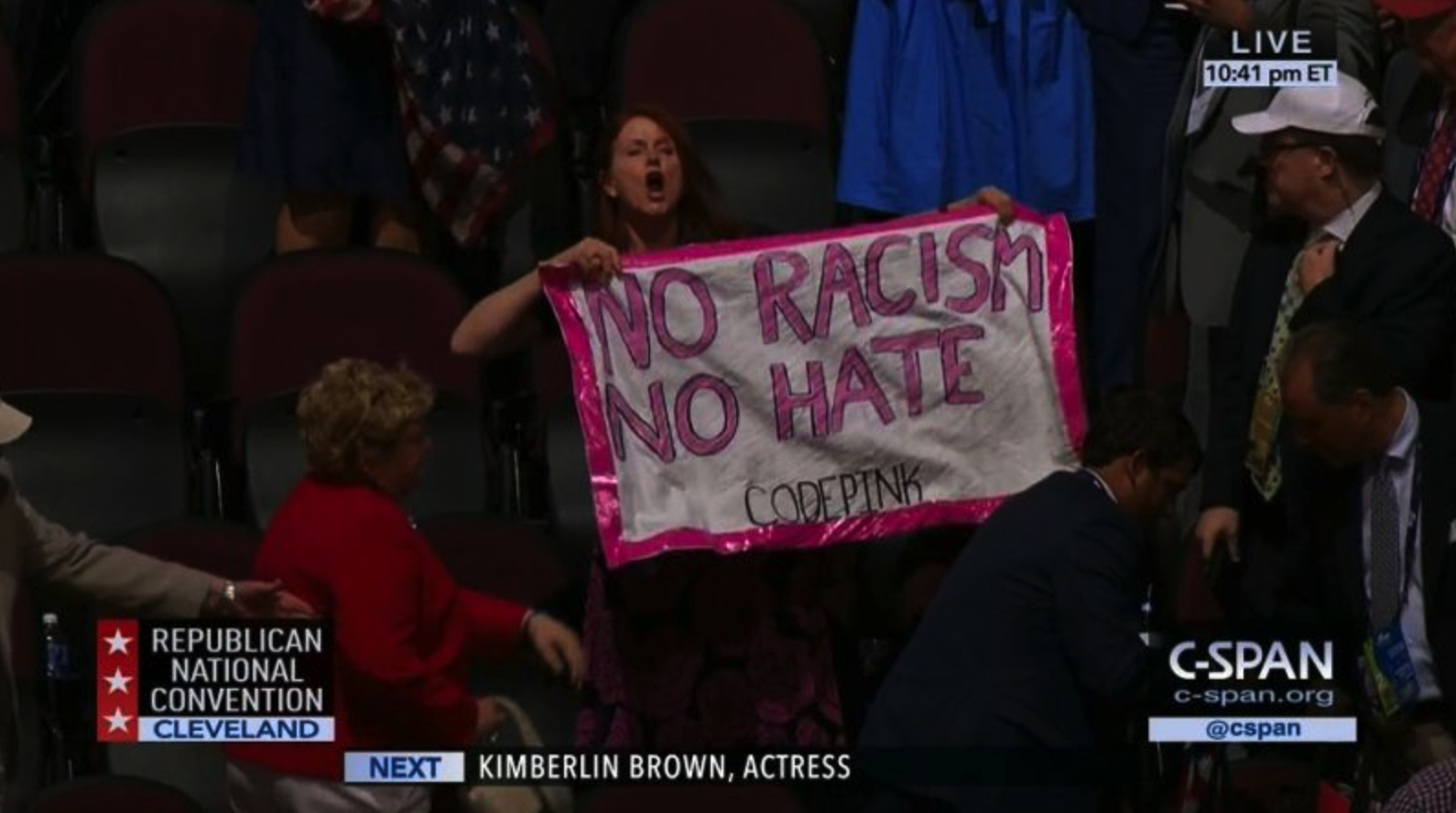 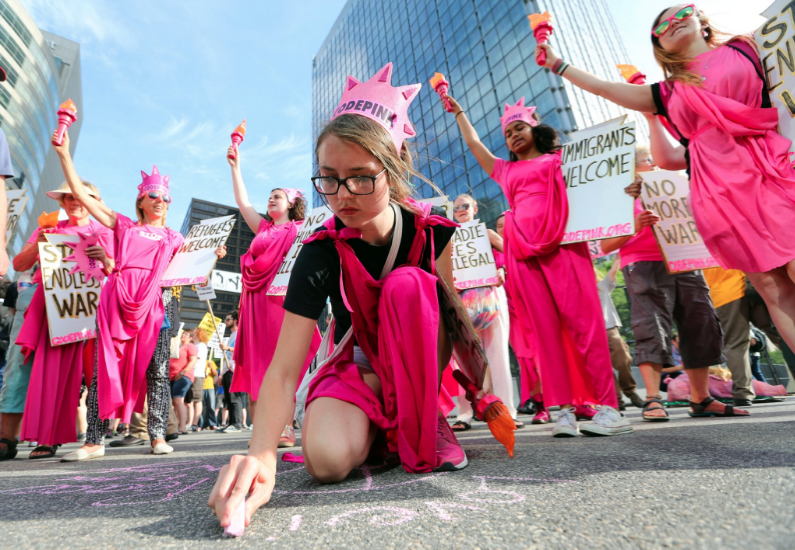 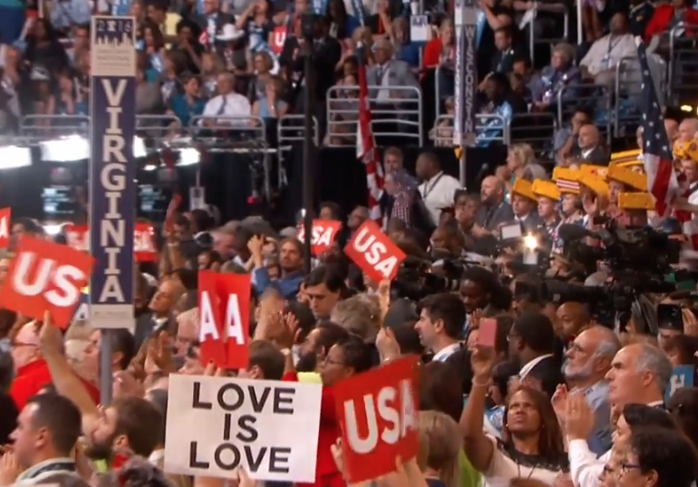