URGENT: Speak Up for The Dreamers NOW! 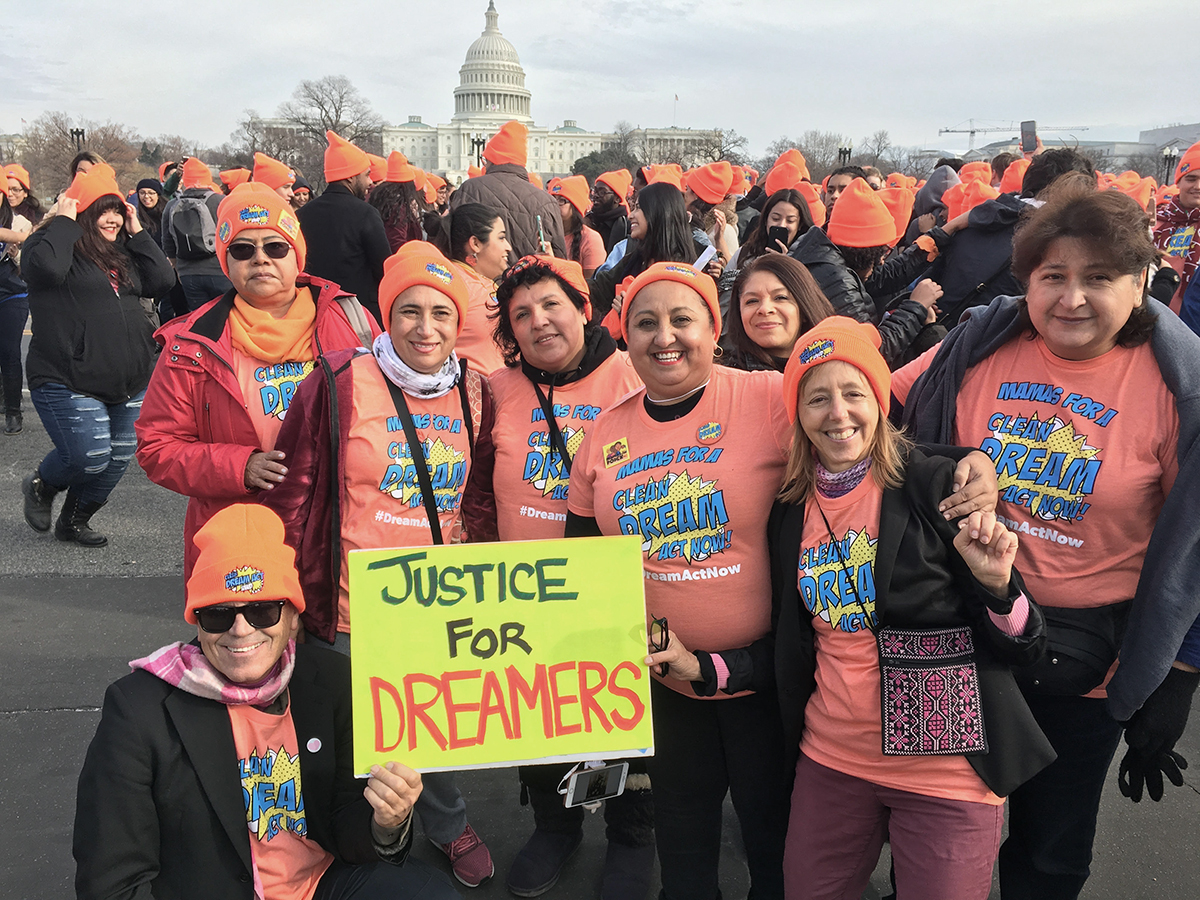 The Dreamers, 800,000 young people who came to this country as children, need our help now! They have been struggling tirelessly for the right to have their immigration status legalized and to live in the United States without fear of deportation — and need our support.

Please email your Senators immediately and post on their social media platforms — Facebook and Twitter — with the hashtag #NoDreamNoDeal. Tell them to pass a Clean Dream Act (meaning an act that doesn’t include other immigration-related issues, such as Trump’s racist border wall) and to get the government back up and running.

CODEPINK has been proudly accompanying the Dreamers in their courageous and spirited rallies and sit-ins in the offices of their elected officials. As anti-war activists, we have a responsibility to support the Dreamers. We understand that war, climate chaos and poverty, which are interlinked, are major factors that drive people to flee their homes in search of safety. The wars in Central America that the United States helped fuel in the 1980s forced millions of families from El Salvador, Guatemala and Honduras.  The NAFTA trade agreement, first enacted in 1994, flooded Mexico with cheap US food, displacing millions of Mexican farmers from their land and leading to mass migration. The United States has also historically supported dictators and coups overseas that have led to massive displacement.

Denying basic protections for the Dreamers and using them as bargaining chips to fund Trump’s destructive border wall is unacceptable. The hate and division that Trump has unleashed against immigrants is the same hate and division that leads us into wars. We must reject this anti-immigrant fervor and policies aimed at dividing families.

Tell your Senators to pass a Clean Dream Act now, and if they are already supporting the Dreamers, thank them and tell them to hold firm.

At the core of our work for peace is the belief we have the responsibility to protect those who have fled violence and to uphold humane, compassionate values. Denying the Dreamers protection based on racist policies is unacceptable. Tell our elected officials to support the Dreamers and refuse any compromise that betrays our fundamental values.

PS. Join the Week of action to Divest from the weapons companies who are making a killing off of killing. Take the pledge to divest and join us February 5 - 11.