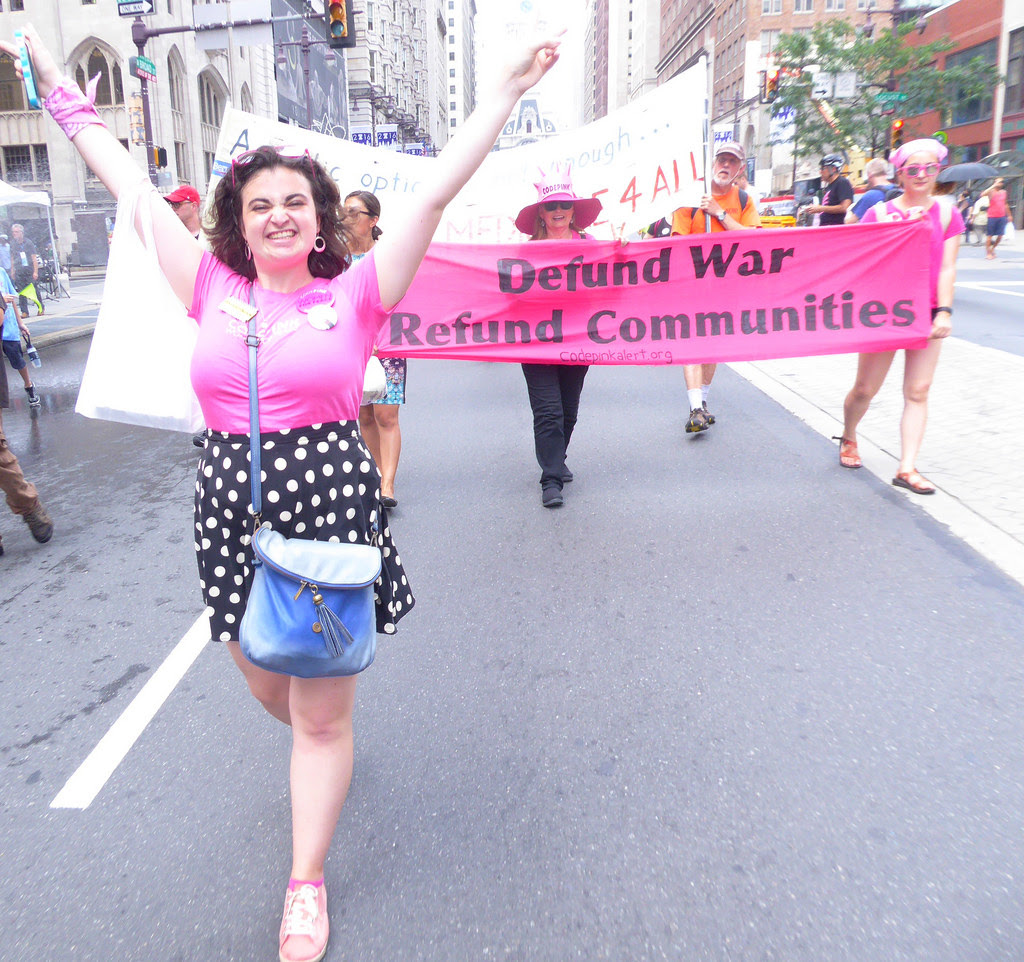 There are lots of events coming up in Washington, DC, and we hope you'll join us at them!

Moral Monday: It is time for a Revival of Justice in Our Nation

Join us to call for a just solution for issues of low-wage workers, mass incarceration, immigration, affordable housing, labor rights, voting rights/statehood, public education, LGBTQ rights, and the various other issues that bestow dignity and hope upon people. All people of justice and a moral conscience are invited to go! Read more and sign the Moral Declaration here.

Protest outside the Trump Hotel Opening!

Protest outside of the Trump hotel the day it opens! On Monday, September 12, Donald Trump will be opening his new hotel on Pennsylvania Avenue. We will stand with the ANSWER Coalition and many others demanding a #president4peace. Bring your signs and bring your love as we stand up against hate.

When: Tuesday, September 13, 5pm - 6pm
Where: The White House, on Pennsylvania Avenue NW, between Lafayette Park and the White House

On Tuesday, September 13th, people around the country are taking part in a day of action in solidarity with the Standing Rock Sioux Tribe against the Dakota Access Pipeline. We're calling on President Obama to instruct the Army Corps of Engineers to revoke the permits for this dirty oil pipeline! More Information Here! Speakers will include: Senator Bernie Sanders, Tara Houska with Honor the Earth, Chase Iron Eyes with Standing Rock Sioux Tribe, Jasilyn Charger, Cheyenne River Sioux Tribal Youth and other native leaders from North Dakota.

What is BDS? A Capitol Hill Briefing

Join us at this Congressional briefing, organized by the US Campaign to End the Israeli Occupation, to educate Hill staffers about the Boycott, Divestment, and Sanctions Movement. CODEPINK Co-director Alli McCracken will be one of the speakers talking about our BDS campaigns targeting AHAVA, RE/MAX, and Sodastream! More information here.

Join us at the exciting conference with awesome speakers to learn about and engage in working on viable alternatives to war and militarism.