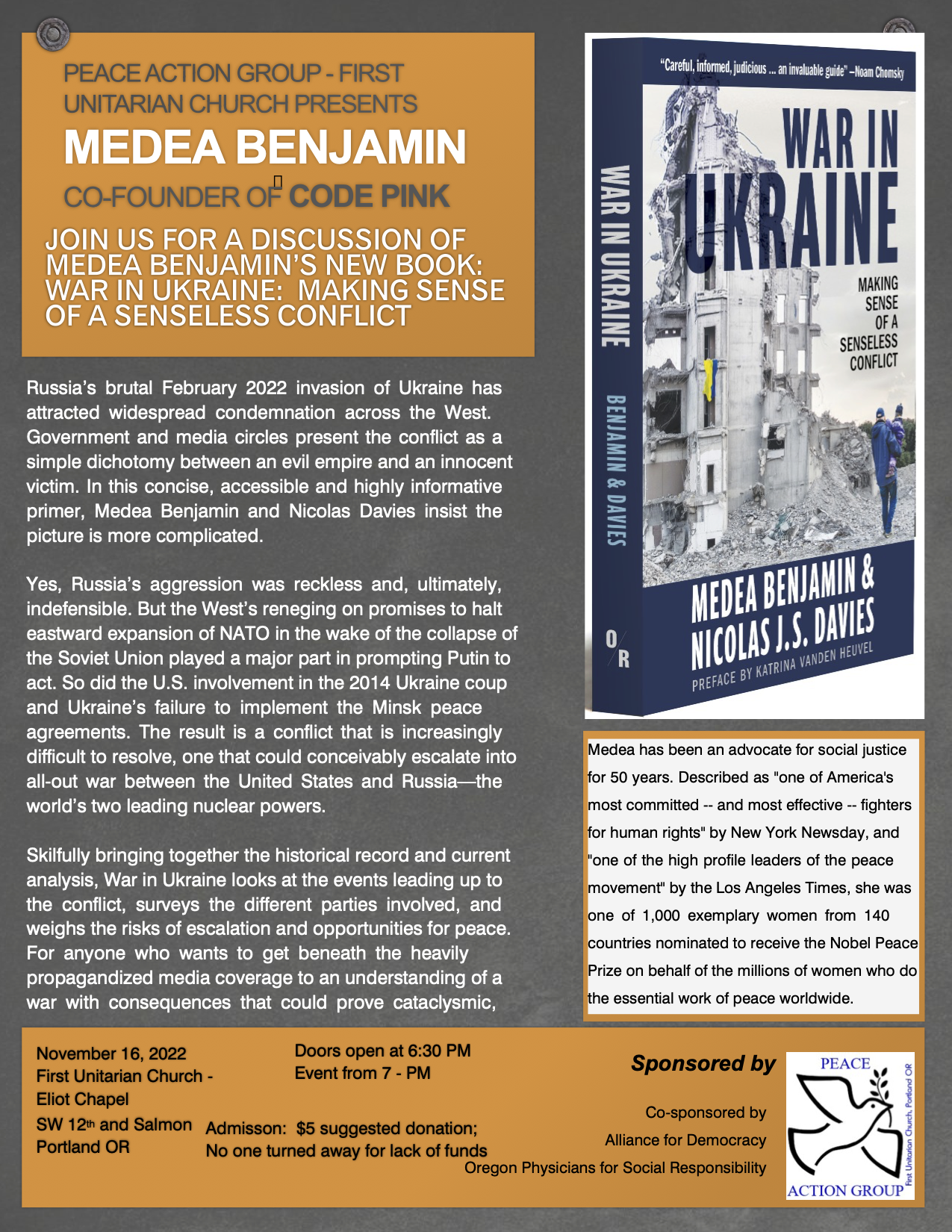 Medea Benjamin will discuss her book War in Ukraine: Making Sense of a Senseless Conflict at the First Unitarian Church Eliot Chapel in Portland, Oregon. This event is co-sponsored by Peace Action Group - First Unitarian Church, Alliance for Democracy, and Oregon Physicians for Social Responsibility.