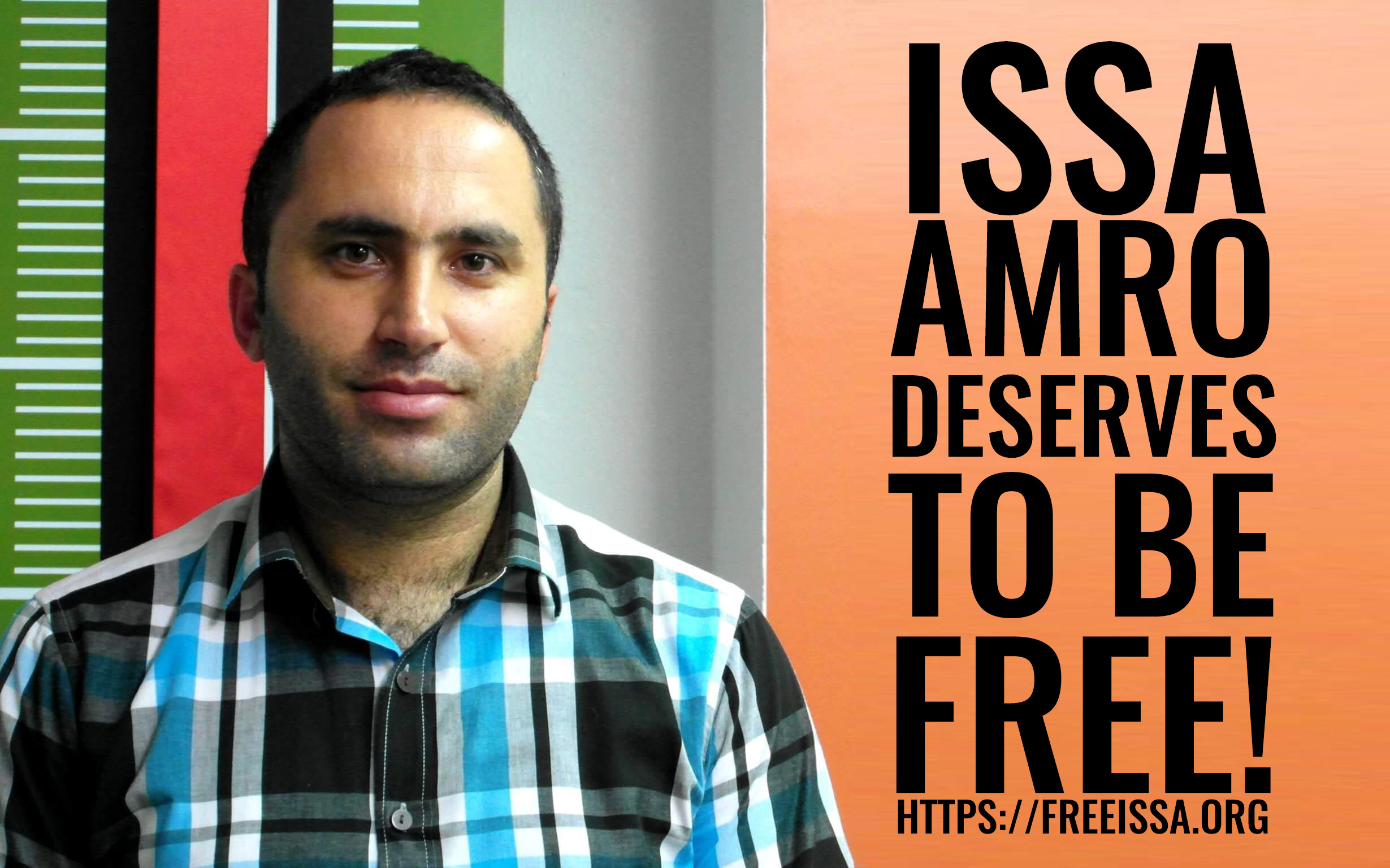 Washington D.C. March 20, 2017— Concern about the political persecution of Palestinian Human Rights Defender Issa Amro was included in a U.S. Department of State report released this month. The US Bureau of Democracy, Human Rights, and Labor Laws raised concern about the suppression of freedom of speech for Palestinians in the West Bank who are denied the right to gather for nonviolent political protest. They cited Issa Amro’s case of facing 18 charges in Israeli military court as being evidence of this violation of human rights. The State Department report pointed out that human rights organizations recognize Issa’s actions as “consistent with nonviolent civil disobedience.”

CODEPINK has been working on Issa Amro’s case since the charges were brought against him in September 2016. The charges, including such things as organizing an illegal demonstration, insulting a soldier, and entering a closed military zone date back to 2010 and even include cases that were previously investigated and closed. Issa’s attorney, Gabby Lasky, petitioned for 14 of the 18 charges against Mr. Amro to be dropped on the basis of being excessively old and previously dismissed. The court declined to drop or reduce any of the charges on the basis that collecting and using old charges to file an indictment against a defendant is acceptable if the person continues to repeat his [nonviolent] actions.

On March 26, 2017 Mr. Amro will appear in Ofer military court, a court with a conviction rate greater than 99%. His indictment will be read to the court and he will be asked if he understands the charges against him. After this, Issa’s trial will be scheduled.

Amnesty International has called for Israel to drop the “baseless” charges against Issa and stated that, if convicted, Issa will be considered a Prisoner of Conscience. In December 2016 UN Special Rapporteur on the Occupied Palestinian Territory Michael Lynks and UN Special Rapporteur on Human Rights Defenders Michael Forst released a report expressing serious concern for Mr. Amro’s case.

CODEPINK is part of a coalition of organizations hosting a petition asking the United Nations to pressure Israel to drop the politically motivated charges against Issa. Sign the petition at https://freeissa.org.